Bandits in the brush

Don’t look now, but there’s a masked male hiding in a brushy thicket near you. There’s no need to worry, however, since I’m talking about one of our more abundant warblers, …

Bandits in the brush 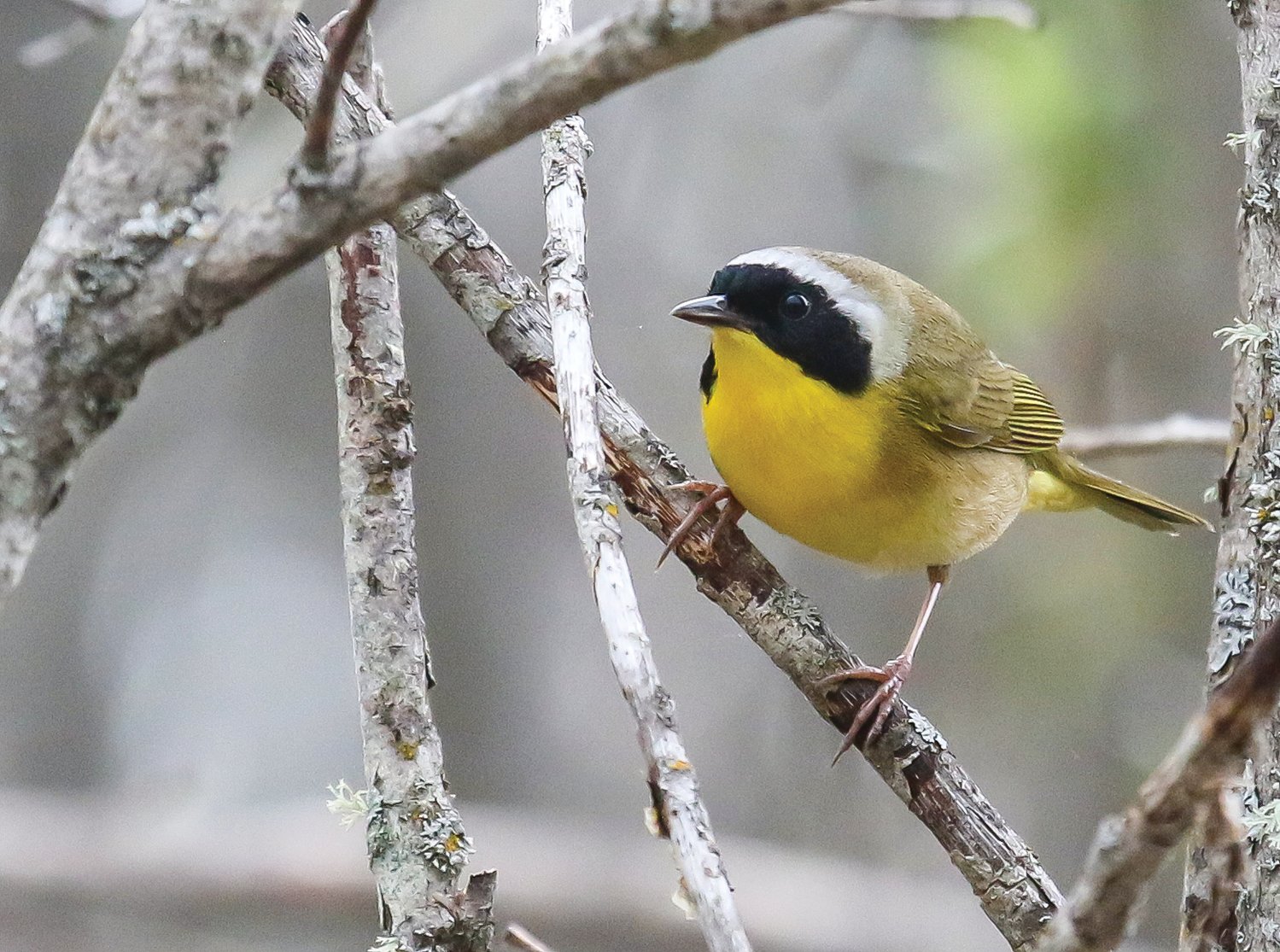 A male common yellowthroat in the heavy cover of a willow thicket.
M. Helmberger 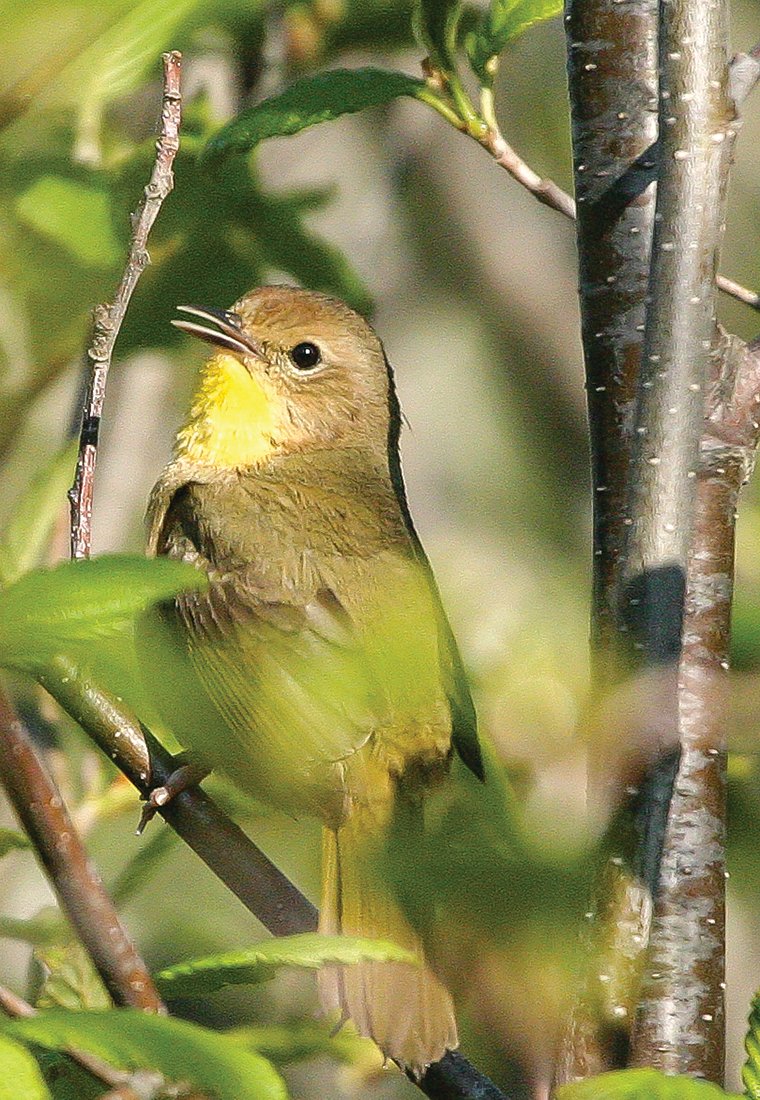 Don’t look now, but there’s a masked male hiding in a brushy thicket near you. There’s no need to worry, however, since I’m talking about one of our more abundant warblers, known as the common yellowthroat, whose bandit’s mask is undoubtedly its most distinctive feature.
This species is also among our later arriving warblers, typically showing up here in the North Country in late May, primed to take advantage of our annual insect explosion to raise another brood, and maybe more. Every year, they loudly announce their arrival in the area with their “witchity-witchity-witchity” call, usually from a nearby alder or willow thicket.
Like most warblers, yellowthroats zero in on a specific habitat, which in their case almost always involves wet areas with nearby brushy thickets. Here in the North Country, that usually involves alder, willows, dwarf birch, or young or stunted tamarack, although they can adapt to a wide range of different circumstances across their large breeding range. They have one of the largest breeding ranges of any warbler, extending from northern Georgia to the Yukon.
They’re a somewhat furtive bird, as you might guess, but the males can be pretty aggressive at defending their territory, often resorting to a wing-flutter and scolding chatter when confronted by a rival. They have reason for their concern, since their mates aren’t always as fiathful as one might think. Female yellowthroats, which lack the prominent mask, are known to sing as well as the males, and their songs frequently attract other potential mates. The female yellowthroats aren’t averse to two-timing, which is perhaps one reason the males work hard at fending off interlopers.
Of course, it takes two to tango, so it’s clear that the male of the species is willing to step out when the occasion presents itself. It may all be focused on maximizing their progeny, but it’s hard not to recognize that birds have plenty of soap opera in their lives, just like we humans.
Let’s just say there’s a lot going on out there in the bushes.
And while there is plenty of debate around the subject in the human world, it turns out that size matters when it comes to yellowthroats. The size of the male’s black mask, that is. The size of the mask can vary significantly between individuals and studies have found that males with larger masks tend to have better luck attracting a mate, as well as the occasional paramour.
Perhaps yellowthroats just have to work harder because they’re a common target of our most common nest parasite, the brown-headed cowbird, which lays their own, typically larger, eggs in other birds’ nests. Yellowthroats have developed some defenses, including starting new nests right on top of the old parasitized one.
The females select the nest sites, which are usually located near the ground, but rarely on the ground since they often nest in wet areas. It’s well-concealed, often tucked into a patch of old cattails or reeds, sometimes with an accompanying roof that provides additional protection for the nestlings. The young birds develop incredibly quickly, going from a freshly laid egg to a fledged bird in just over three weeks.
Despite the contrasting colors of the male yellowthroat, they can be difficult to spot, even when singing. Other than their yellow throats, this bird is is mostly olive drab, so it blends in well in the thick vegetation that is their primary habitat. But they can often be coaxed into revealing themselves through “pishing,” which is a soft, scolding shushing sound that birders often make to attract a bird’s attention. It won’t hold their interest long, but yellowthroats are generally curious and will pop out of the heavy cover to get a look at who or what is making that racket, and it may well give you the chance to get a look at this colorful bird.