ORR- Former Vince Shute Wildlife Sanctuary Executive Director Steph Horner said ‘so long’ to the popular black bear attraction at the end of last year’s season, but she never could … 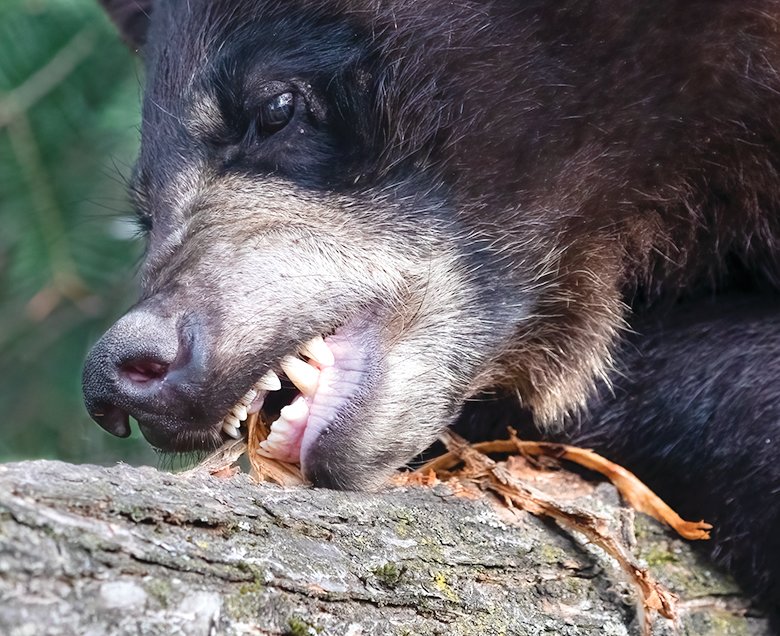 A black bear playfully chews on bark from a tree at the Vince Shute Sanctuary. While the sanctuary staff wrestle with HR issues, it’s business as usual for the bears.
D. Colburn
Posted Wednesday, June 29, 2022 7:28 pm