ELY – Daisy Joy Buley, 37, of Ely, was sentenced last week to nearly eight years in prison for trafficking a young girl in exchange for drugs and money. She received the 94-month sentence from … 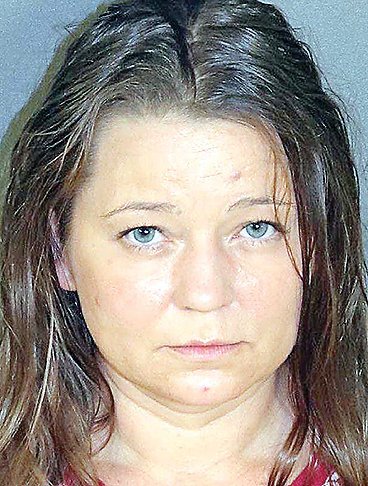 ELY – Daisy Joy Buley, 37, of Ely, was sentenced last week to nearly eight years in prison for trafficking a young girl in exchange for drugs and money. She received the 94-month sentence from Judge Michelle Anderson in State District Court in Virginia.
Her sentence also includes restitution, which has yet to be determined, but the judge did allow her credit for the 474 days she has already spent in jail.
In January, Buley was accused of trafficking her daughter to several men in exchange for money and drugs, and admitted to a first-degree aggravated sex-trafficking charge through a plea agreement. In court last week, that charge was switched to solicitation to practice prostitution and the aggravated sex-trafficking count was dismissed.
The charges were filed against Buley last August after her now teenage daughter met with investigators and told them about years of sex abuse committed by multiple men. According to the criminal complaint, the victim told investigators the sexual assaults began in 2013 and happened at least seven times while she was 11-13 years old. She also said Buley “threatened to kill her if she tried to fight back or tell anyone what was happening.”
The court document also states that after the first sexual assault, the girl told her mother what had happened and her mother responded by saying she already knew about it and “it was fine.”
On the day of each assault, according to charging documents, Buley would reportedly tell the victim to “get pretty for the men” and drive her to one of their homes. The men were estimated to range between ages 40 and 70, and all the homes were in small towns. Upon arriving, Buley would talk about drugs with the men, who she was allegedly friendly with, before leaving the girl.
Buley’s defense attorney reportedly filed an unsuccessful motion to have Buley placed on five years of supervised probation, arguing the public would be better served by her receiving chemical dependency and mental health treatment outside of prison.
Buley must serve a little more than five years of the sentence before she is eligible for supervised release. She must also register as a predatory offender, and will be subject to ten years of parole conditions.

Celebrate the Fourth up North!