Coaching tips from a pro

SOUDAN- A World Series ring was a nice capstone to a long career in baseball for Jack Roddy, and it offered a bit of inspiration this past week to local Little Leaguers.Roddy, a long-time talent …

Coaching tips from a pro 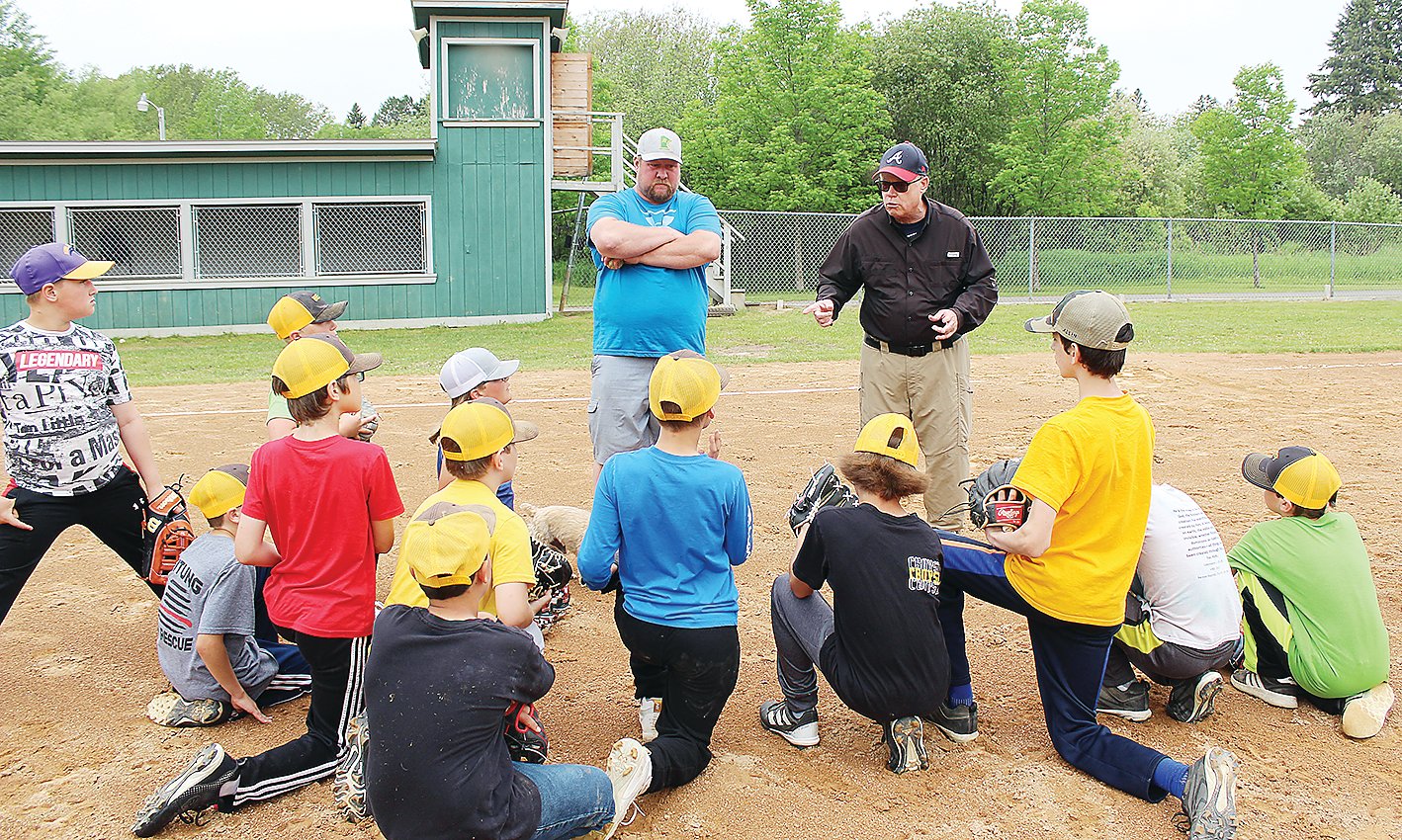 Jack Roddy talks to members of the Tower-Soudan Little League about baseball and what a talent scout might look for in a promising player.
J. Summit 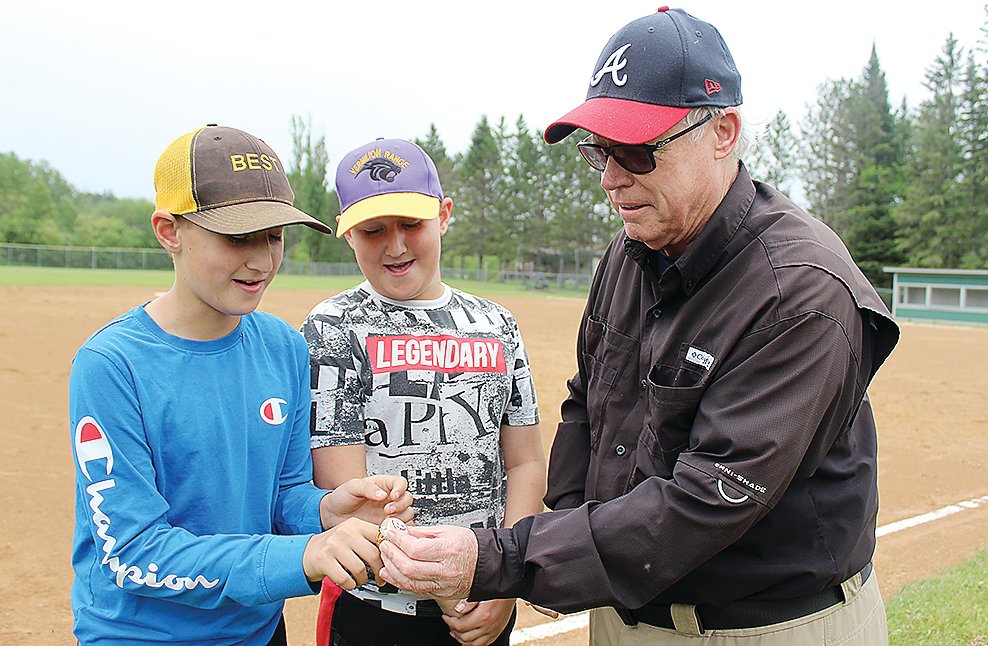 Roddy slides his World Series ring on the finger of Kooper Dostert while his brother Kason looks on, smiling.
J. Summit 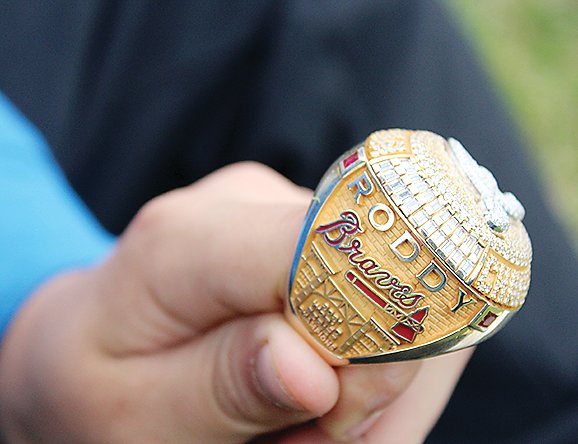