Students at VCS prepare their own Thanksgiving feast

Students at VCS prepare their own Thanksgiving feast 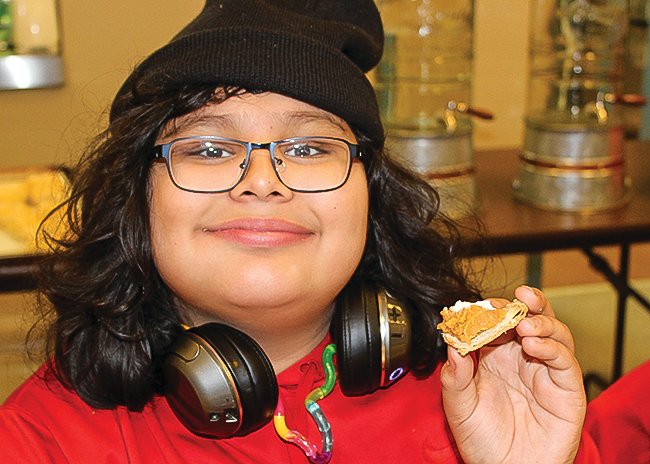 Student Kai Contreras-Pieratos shows off the last remaining bite or two of his piece of pie.
J. Summit 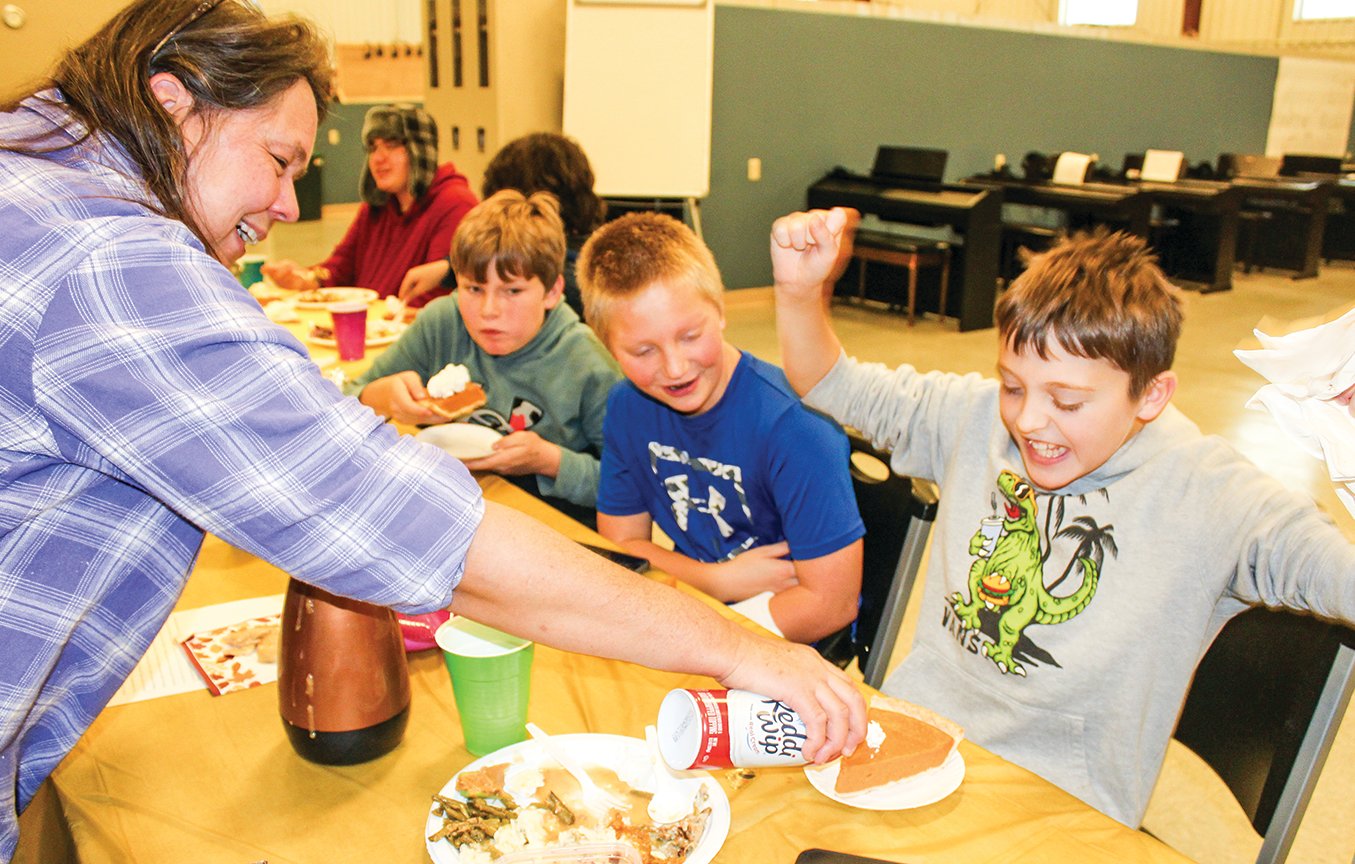 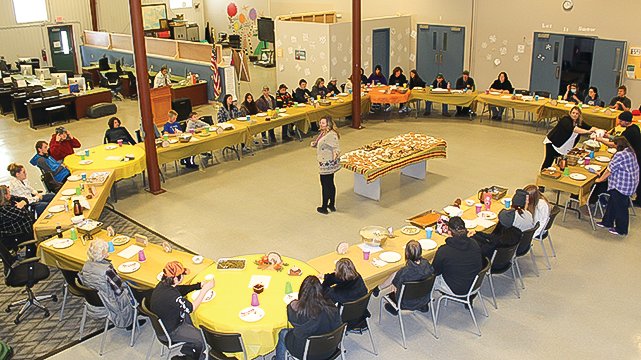 About 45 students turned out along with staff for their pre-Thanksgiving feast held Nov. 22 at the Vermilion Country School in Tower.
J. Summit
Previous Next
Posted Wednesday, November 30, 2022 11:21 pm

TOWER- Thanksgiving came a few days early at Vermilion Country School.
The meal was traditional: turkey, stuffing, gravy, mashed potatoes, cheesy potatoes, green beans, rolls, cranberries, and plenty of desserts. But the food was all prepared and served by students, with some help from school chef Chris Glazer and other staff members.
“The kids helped with all of it,” said Glazer, who oversaw a kitchen bustling with helpers starting early on Tuesday morning, the last day of school before the Thanksgiving break.
“I got all the ingredients and gave the students the recipes,” he said. Students learned how to roast a turkey (four in all), make mashed potatoes, keep homemade gravy from getting lumpy, and prepare green bean hot dish. The day before they had made cranberry sauce from scratch, and baked dinner rolls.
Those not on morning kitchen duty helped in other ways.
Students arranged tables in a large circle, set out name tags and table decorations, and set the table with places for over 50 students, school staff, and school volunteers. Two students greeted guests and showed them to their seats. Others kept up with the piles of pots and pans in the kitchen, learning how to correctly clean and sanitize in a commercial kitchen.
Before the meal was served, everyone took a turn telling the group what they were thankful for. The list was what you might expect: mostly friends, family, and the school itself, although from the reaction of at least a couple students, they were clearly thankful for whipped cream.
“The food was just delicious,” said school board member Marit Kringstad. “It just feels so nice in here.”
“These kids are amazing,” she said. “When you expect them to do good, they do good.”
Food was passed family style from student to teacher to guest, and there was plenty available for seconds, which many students, mostly the teenage boys, had their fill.