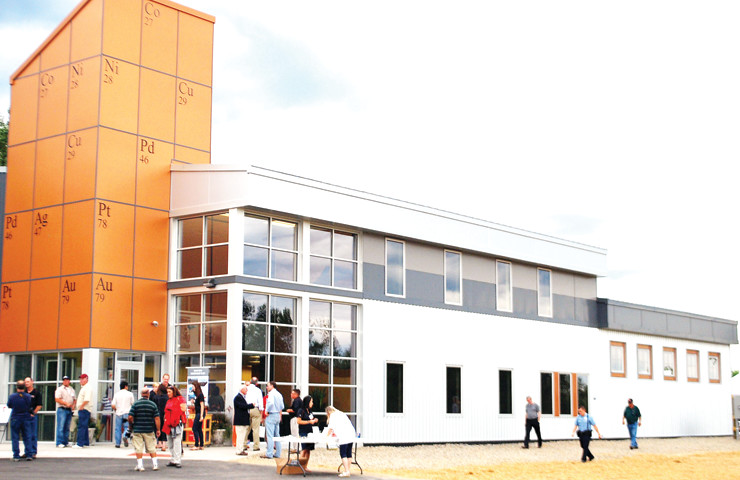 REGIONAL— Nearly three dozen former Superior National Forest resource professionals have signed their names to a letter urging top officials in the Trump Agriculture and Interior departments to reverse course on the proposed Twin Metals mine near Ely.
The letter, which details “grave concerns” was written primarily by former Superior National Forest Supervisor Brenda Halter and is signed by 32 other former officials on the Superior.
“Collectively, we have nearly 1,000 years of experience in such fields as wildlife biology, hydrology, recreation, NEPA, wilderness management and natural resource management,” notes Halter in the six-page letter dated May 1, 2019.
“Acid mine drainage from hardrock mines such as the one proposed by Twin Metals MN and Chilean conglomerate, Antofagasta is a worldwide problem,” notes the letter. “The highly complex and interconnected surface and subsurface waters of the Rainy River Watershed provide an immediate and irremediable transport mechanism for toxic material to move through the BWCAW, Voyageurs National Park, and Quetico Provincial Park.”
The letter calls on the federal agencies to undertake several steps, including:
• Reinstatement and completion of the study of a 20-year mineral withdrawal. “Until the question of whether mining is appropriate and feasible within this watershed is answered,” writes Halter, “all other actions are premature.”
• Recognition of the Forest Service’s authority to deny or consent to lease renewal. To date, Trump administration officials have largely ignored the rights that the Forest Service has under federal law to approve or reject the surface impacts that a mine would entail.
• A suspension of all authorizations related to new federal mining lease applications in the Rainy River Watershed pending completion of a reinstated withdrawal study.
• Suspension of the two federal mineral leases that the Trump administration reinstated last year, a decision that is now being challenged in court. “Moving forward with renewal and development of the leases represents a significant waste of resources given the probability of success in litigation challenging lease reinstatement,” notes the letter. The letter also calls the Trump administration’s abbreviated environmental analysis of the lease renewal “wholly inadequate.”
In an interview with the Timberjay, Halter acknowledges that the views of even a significant number of retired Forest Service officials is unlikely to have much impact at the highest levels of the Trump administration. “I certainly hope that those at the higher levels of the Forest Service will find it impactful and that the public will find it interesting and powerful as well,” she said. “I think these people have a unique combination of experience and expertise,” she said, referring to the signatories. “It should be a powerful voice and a powerful tool.”
Halter said she’s concerned that expertise and science are being disregarded by the administration in its quest to undo environmental safeguards and advance environmentally risky projects. She noted that the Forest Service had assembled a considerable amount of scientific data that raised doubts about the ability of Twin Metals or the Forest Service to prevent contamination of waters leading to the 1.1 million-acre Boundary Waters Canoe Area Wilderness. According to Halter, that evidence was essentially discarded by the administration with its decision to end the study just a few months prior to completion. She said the latest environmental analysis conducted by the Trump Interior Department on the renewal of the Twin Metals leases is virtually devoid of any analysis of scientific evidence.
“You really are left wondering what they are basing their decisions on,” she said. “For all of the signers, that’s our main concern. There’s a lot of information out there that is just not being considered as this administration moves forward with Twin Metals.”

Focus on Twin Metals
The letter from the retirees only addresses the proposed Twin Metals mine. It doesn’t mention PolyMet’s proposed NorthMet mine near Hoyt Lakes, which would primarily discharge into the St. Louis River watershed, which drains into Lake Superior. Halter and some of the other signatories of the letter were involved in helping to advance a land exchange that was necessary for that project to go forward, although Halter had retired from the Forest Service before that final decision was made. That land exchange is currently in litigation.
While Halter said her concerns about the environmental impacts of both mine proposals are the same, she said the PolyMet case presented a different set of issues for the Forest Service since PolyMet’s mineral rights are privately owned. She said that would have made it very difficult for the Forest Service to deny access to the company. The mineral rights in the case of Twin Metals, by contrast, are owned by the federal government.
Halter said she believes that conducting a land exchange with PolyMet was the best way to ensure that the Superior National Forest maintained its acreage available for wildlife habitat and recreational uses.

Questioning the need
The letter also takes issue with one of the primary talking points used by supporters of the copper-nickel mining in the region— namely that the world is desperate for copper that has to be mined somewhere. Citing the Copper Development Association, the letter notes that known global copper resources are estimated at nearly 5.8 trillion pounds, of which only about 0.7 trillion pounds, or 12 percent, have been mined throughout human history. “And nearly all of that is still in circulation because copper’s recycling rate is higher than that of any other engineering metal,” notes the letter. Given the abundance of copper in the world, Halter said “there are surely more ecologically-suited places to meet the demand for copper than directly upstream from millions of acres of water-rich wilderness.”
Given the troubled history of copper mining, Halter predicts the Twin Metals mine would eventually contaminate the downstream watershed. “It is indisputably a high-risk business and there is no mine plan or design feature that eliminates the risk.”
Halter cites the Forest Service’s own experience with sulfide-based mining. “Even in the most arid environments, there are significant risks to this type of mining requiring continuous management and perpetual water treatment. Within the Rainy River Watershed there is simply no way to contain contamination without sacrificing the wilderness and the long-term ecologic and economic sustainability that it supports,” the letter concludes.