ELY—On Friday, the undefeated Grizzlies put the hurt to Ely for the second time this season, even as the Timberwolves bared their teeth in a hard-fought 5-4 contest. North Woods pitcher Evelyn … 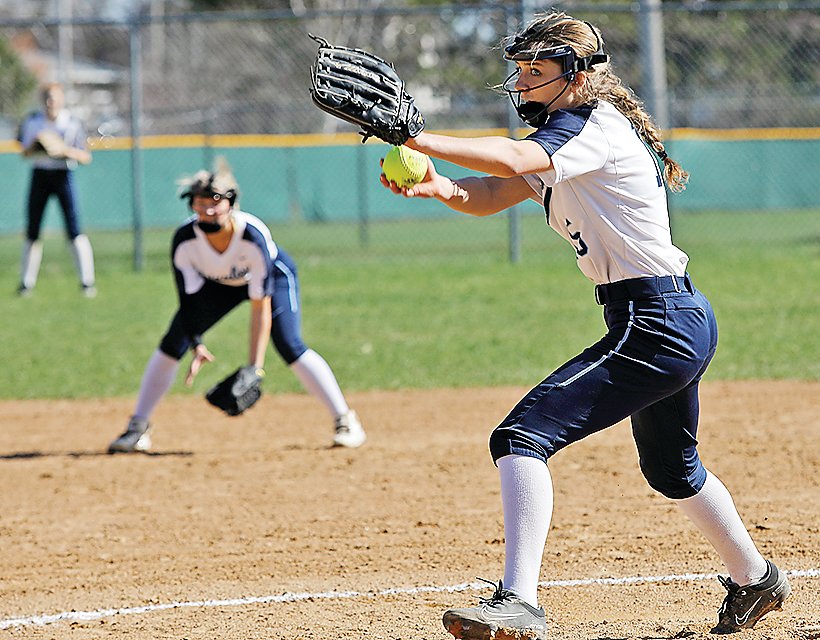 ELY—On Friday, the undefeated Grizzlies put the hurt to Ely for the second time this season, even as the Timberwolves bared their teeth in a hard-fought 5-4 contest.
North Woods pitcher Evelyn Brodeen was able to keep Ely’s hot bats mostly under control as she allowed just five hits, all singles, while striking out nine to get the win. Ely hurler Zoe MacKenzie held the Grizzlies to just three hits, while fanning five and issuing five walks.
Ely was first on the board in the game, taking a 2-0 lead in the top of the first inning. The Grizzlies picked up a run in the second, but it was a four-run third inning that proved the decider. “That third inning killed us,” said Ely Head Coach Cory Lassi. “It was a kind of a perfect storm. We made a couple of errors behind Zoe. She walked a couple of batters and beaned a couple. It was just not a good combination against a good team.”
Ely’s Madeline Kallberg picked up two hits for the Timberwolves. Charly Flom, Clare Thomas and Raven Sainio notched a hit apiece.
“This was kind of a frustrating loss,” Lassi said. “We know they are a good team, and hats off to them, they are having a great season. What we represented on Friday was a better showing of who we are and how we can compete with them, rather than the week before [Ely lost to North Woods last week by a 13-0 score].”
The North Woods coach did not return a phone call seeking comments or stats.