Chisholm proves too hot to handle in Tuesday road contest

FIELD TWP – The North Woods Grizzlies girls basketball team came roaring out of the gate in its season opener Monday night with a dominating 62-29 home win against Northeast Range.Last …

Chisholm proves too hot to handle in Tuesday road contest 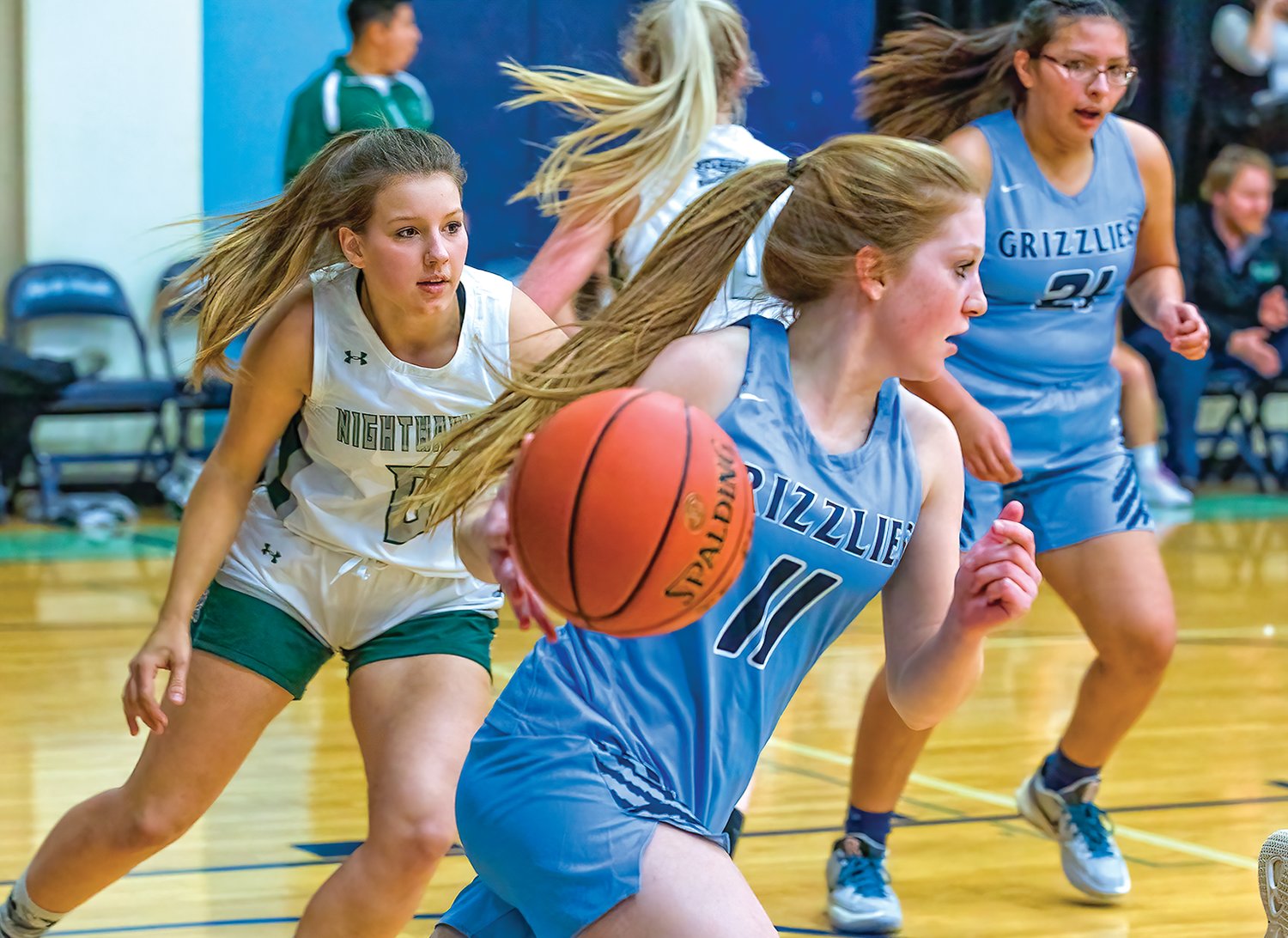 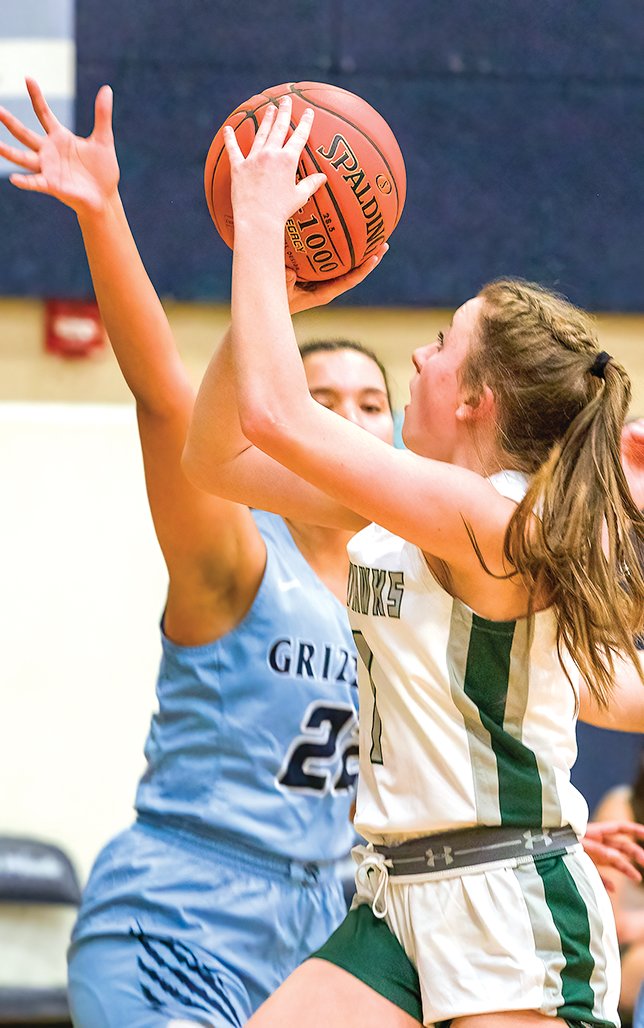 FIELD TWP – The North Woods Grizzlies girls basketball team came roaring out of the gate in its season opener Monday night with a dominating 62-29 home win against Northeast Range.
Last year’s Grizzlies team depended heavily on stingy defense to create turnovers and fast break buckets, but Head Coach Liz Cheney’s squad is apparently primed to complement those with some improved shooting in their offensive sets, particularly from three-ball range.
“It was about 18-4 and we had three or four girls put in three-pointers,” Cheney said. “Last year we were lacking on the shooting side of things. This year they’ve really found some confidence and it was great to see that.”
Junior forward Kiana LaRoque had the hottest hand for first-half treys, canning three, while sophomore guard Helen Koch, sophomore forward Hannah Cheney, and junior center Hannah Kinsey also contributed to the long-distance barrage. Kinsey stepped outside the lane again for the team’s only trey of the second half.
The Nighthawks played hard but couldn’t solve the puzzle of a Grizzlies defense that contested virtually every shot, rebounded solidly, and forced numerous turnovers. Senior guard Thia Lossing dropped in three first-half buckets for NER, but the visitors trailed 36-15 at the half.
The early lead gave Cheney the chance to get most of her reserves in the game before halftime, and by the end of the game all 18 Grizzlies who suited up got playing time.
“We have a lot of eighth and ninth graders,” Cheney said. “We’re kind of light on the tenth, eleventh, and twelfth-graders, so tonight provided the opportunity to see what mix we’re going to be able to have.”
Eleven Grizzlies players made it into the scoring column on Monday, topped by Koch and Kinsey with 14 each. Cheney was the only other player in double figures with 10.
A strong second-half performance from freshman guard Maizy Sunblad vaulted her to the top of the NER scoring chart with 10 points, followed by Lossing with eight.
The game served as a preview for the style of play Cheney said will characterize the Grizzlies’ play this season.
“We’re going to expect continued good defense, pushing the ball when we can, and then we’ve got some versatility with our posts and wings,” she said. “We’ve got a couple players who have really taken to the wing position, which is what we need, so hopefully our shooting will come not only on the inside but also on the outside.”
Chisholm
The Grizzlies dished it out on Monday, but on Tuesday they were on the receiving end as their first road game of the season was a 59-20 thumping at the hands of the Chisholm Bluestreaks.
After Hannah Cheney picked up a tipped pass and scored the Grizzlies’ first bucket, the team came up empty in its next 14 trips down the floor against an aggressive Chisholm defense that forced turnovers, blocked shots, and shut down the perimeter. By the time Hannah Kinsey finally broke the drought with a score on an inbounds play, Chisholm was up 18-4.
The Bluestreaks dominated the glass on both ends of the court. North Woods had only five first-half possessions where they got a second shot at the basket, while Chisholm repeatedly outdueled Grizzlies defenders on rebounds to get three and four shots on possessions. Chisholm sophomore Tesa Baumgard collected 15 of her game-high 26 points in the first half as the Bluestreaks went into the break with a 32-8 lead.
“I don’t know what happened,” Cheney said. “We were a completely different team than we were last night. Last night we were shooting shots and making shots. Tonight, we couldn’t get anything to go in. We knew Chisholm plays really, really tight defense, but we still couldn’t seem to execute anything.”
Cheney told her players at the half to clean up their passing and be more deliberate, and while it helped the overall style of their play, the Grizzlies couldn’t dig out of such a deep hole.
“We adjusted and did some of that, and it was a better game in the second half,” Cheney said. “For a little while, anyway.”
Two other Bluestreaks, Hannah Kne and Jordan Temple, also reached double figures with 10 points each. Cheney accounted for over half of the Grizzlies’ points, finishing with 11.
North Woods was scheduled to be on the road again Friday at Cook County before returning home for a Monday matchup against Bigfork.