TOWER— After considerable discussion, the city council here voted to accept a modified tax abatement schedule proposed by the development firm advancing the town home project at the city’s … 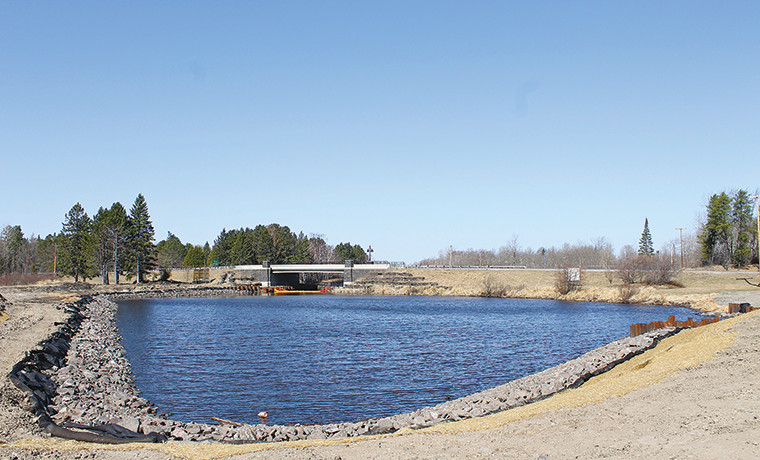 TOWER— After considerable discussion, the city council here voted to accept a modified tax abatement schedule proposed by the development firm advancing the town home project at the city’s harbor.

It was a step forward as the two sides work out a new development agreement for the project, but it could still prove a temporary advance depending on whether St. Louis County is willing to abate 100 percent of the property taxes generated by the project for up to ten years.

Jeremy Schoenfelder, master developer for Tower Harbor Shores LLC, said both the city and the development team would need to seek other means of “making the numbers work,” should the county balk at full abatement. County officials say they won’t make a final decision on the issue until the city and the developers have a signed development agreement.

The modified tax abatement plan, under which the city would abate 75 percent of the property taxes generated by the project for up to 15 years, is a way of repaying the developers for the cost of installing public infrastructure, such as streets, water, and sewer, which would serve the planned 20-unit town home development. Once retired, the tax abatement would end under the deal. The city had originally proposed to abate 65 percent of the property taxes for up to ten years, but Schoenfelder noted that scenario left a fairly substantial funding gap.

On Tuesday, however, the council learned that risk reduction doesn’t necessarily come without a price. While a city can bond for infrastructure at low interest rates, currently around 4.5 percent, Schoenfelder noted that finding private investors willing to put up the capital requires a substantially higher interest rate, currently set at 12 percent. That is adding as much as $300,000 to the borrowing costs for the infrastructure, which will extend the period that the city will need to abate taxes. In the end, the total cost to retire the $750,000 in borrowing under the plan would be approximately $1.29 million given the higher interest rate.

“Mayor, it’s a tough thing,” said SEH engineer Matt Bolf, “but that’s the price you pay to lower your risk. It’s a trade-off. You can go bond for less and have a whole lot more risk or pay more and have less risk.”

Carlson agreed, acknowledging that the numbers and scale of the project are beyond his previous experience. “I’ve never done this before,” he said. “It’s a tough decision.”

Councilor Kevin Fitton asked what would happen if the first phase, including six town homes, were built but only one sold. Schoenfelder noted that, under the new development agreement, the city would not be on the hook for repayment of any infrastructure costs under that scenario. Michael Wood, of Biwabik, who is one of the investors in the project, also pointed out that the first phase would not even proceed without signed purchase agreements for all of the units.

Fitton also appeared to lay blame on the developers for delays in the project. “You were also talking this [project] would be done in two years,” he said. Schoenfelder acknowledged delays in the project, but said many were beyond the control of the developers. He noted that as of Tuesday, the development team still cannot legally sell town homes at the harbor because the city has not been able to provide them with a finalized plat with the legal descriptions necessary for purchase agreements. “I believe that if we had the ability to write purchase agreements, which we do not right now, we would be selling town homes,” he said.

Schoenfelder also clarified what he called a misperception by some at city hall that the project, if successful, would provide a major windfall for the developers. He was responding to a comment from Steve Altenburg, who has served for several years on the city’s harbor committee and said that the city changed its mind on funding the infrastructure because it was too much risk for the city, while it allowed the developers to “make millions.”

“There is a false sense of how much profit there is in this project, responded Schoenfelder. “I’ve heard it here a lot. I would not be doing this project, at all, for the profit. It’s not worth it.

“I spend way too much time on it. This is a challenging project and I’m not doing it for the money. If anybody thinks there is a huge windfall, you are mistaken. You don’t understand the cost of development and engineering and design and sales and marketing and all those things.”

The discussion was prefaced by extended commentary by Tower News reporter Tony Sikora, who cited the recent municipal election results as evidence that city residents are opposed to the project. He also took a swipe at Mayor-elect Orlyn Kringstad, suggesting that he is in default on a loan from the city’s economic development authority. Rather than town homes, Sikora suggested the city put up a pavilion at the harbor.

No one responded to Sikora, who quickly left the meeting after making his comments. But Schoenfelder later clarified that the decision to build town homes at the harbor was made by the city, not the developers. “Originally, the city asked us to put together a quote for town homes,” he said. “We likely would have gone in a different direction for the harbor, but the request was to start with building town homes.”

As discussion eventually petered out, Carlson called for action. “We have to make a decision,” he said. “It’s either take a risk and bond for it, or do this.”

In the end, Fitton made the motion to accept the new tax abatement plan, which was seconded by Dougherty and then approved by the full council. Once incorporated into the new development agreement, the deal must be signed by both parties before going to St. Louis County for a decision on its involvement in the abatement plan.