TOWER- The 1950s vintage-era neon sign at the MarJo Motel was broken by vandals sometime around 2 a.m. on Sunday, Oct. 11.The local landmark has been lighting the way into Tower for almost 75 years. … 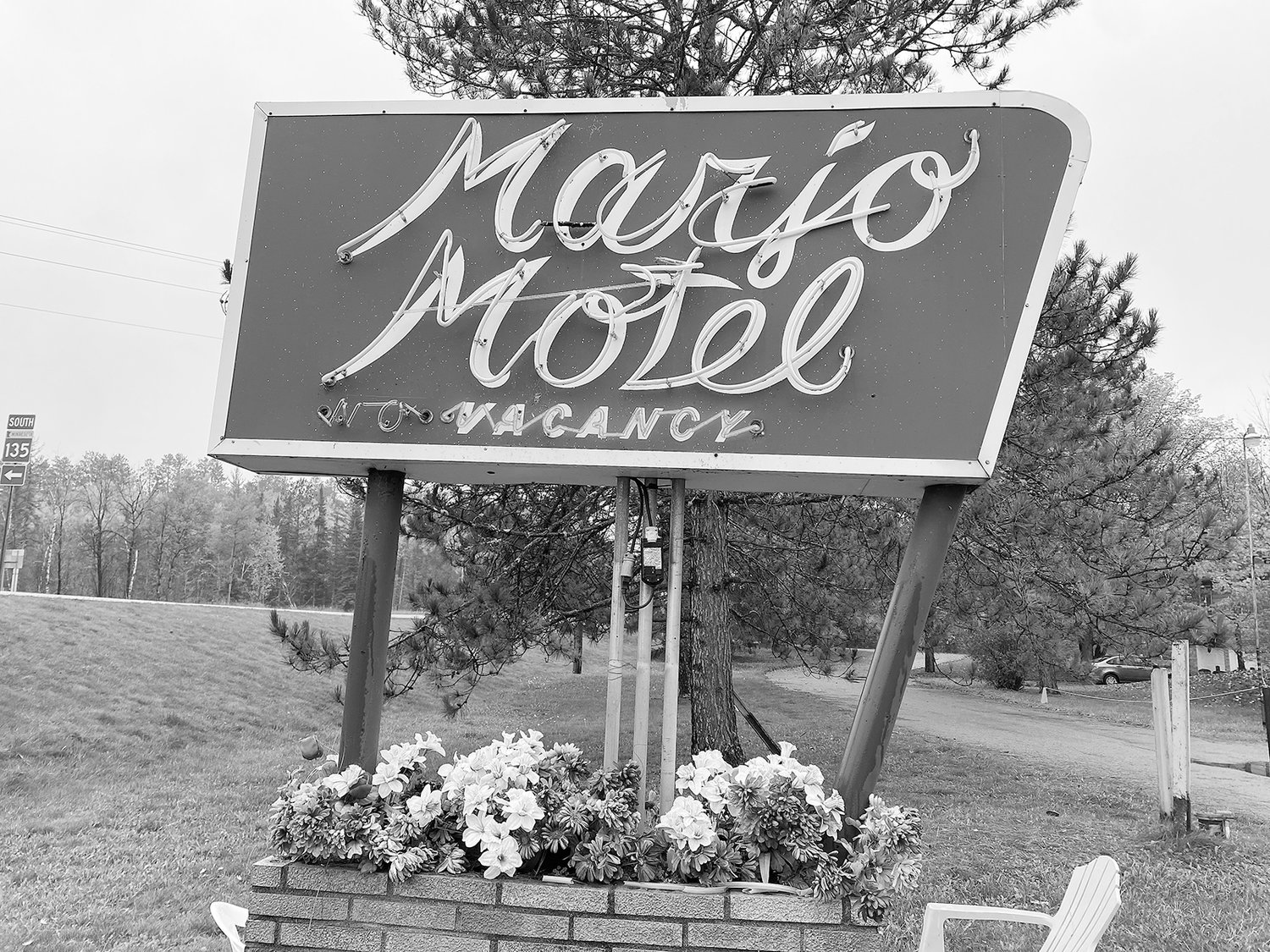 The Marjo Motel sign's neon glass tubes were broken by vandals. You can notice the broken glass tubing on the brick sign base.
submitted
Posted Wednesday, October 13, 2021 6:46 pm

TOWER- The 1950s vintage-era neon sign at the MarJo Motel was broken by vandals sometime around 2 a.m. on Sunday, Oct. 11.
The local landmark has been lighting the way into Tower for almost 75 years.
“We found out about the damage on Sunday morning when our housekeeper texted that there had been some vandalism on the premises,” said Marjo General Manager Orlyn Kringstad. “We immediately went to check it out and found the lobby storm dorm kicked in so it had jammed,” said Kringstad. “I was able to get the door open and nothing was disturbed inside the office.”
But the real damage was found shortly afterwards, as Orlyn and his wife Marit began cleaning up the mess outdoors, collecting the lawn chairs that had been thrown around.
“I noticed glass on the ground underneath the sign,” said Kringstad, “and looked up to see the glass tubing was broken in multiple places.”
The two found some broken lawn ornaments, and they suspect that is what was thrown at the sign to damage the neon tubes. The glass on the east side of the sign was broken, and all the lettering needs to be replaced with new glass tubing, and while the west side is still in one piece, the lights on that side are not working either, so that may or may not need to be redone also. So for now, those driving by will not be able to see if the motel has a vacant room
After talking with guests at the motel, they found out that there was loud shouting outdoors in the parking lot around 2 a.m., with profanity and doors slamming and the sound of a door being kicked in.
The couple is working with Mesabi Sign in Virginia to get the neon tubing repaired. The custom work will need to be done in Minneapolis, and is likely to cost several thousand dollars, if not more. Replacing the sign with more modern LED lighting would also be expensive, Kringstad said, but the couple really wants to preserve the historic 1950s-era look.
The damage has been reported to the St. Louis County Sheriff’s Office, along with a possible description of the person(s) who were involved.
Kringstad, who posted about the vandalism on facebook, said they were amazed at the support they received from area residents.
“But all can be assured that the MarJo will remain the landmark for Tower that it has always been since the 1950s,” Kringstad said.