WASHINGTON, D.C.— The political tea leaves are looking increasingly ominous for the future of the Twin Metals copper-nickel project, near Ely.

In a major speech before the National Geographic … 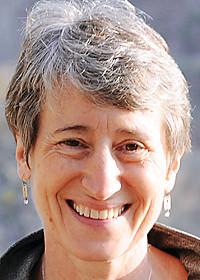 WASHINGTON, D.C.— The political tea leaves are looking increasingly ominous for the future of the Twin Metals copper-nickel project, near Ely.

In a major speech before the National Geographic Society in Washington D.C., on Tuesday, U.S. Interior Secretary Sally Jewell identified the 1.1 million-acre Boundary Waters Canoe Area Wilderness as one of three “special places” where the Obama administration is reexamining decisions by previous administrations to see whether they “properly considered where it makes sense to develop and where it doesn’t.”

Secretary Jewell’s comments reflect her department’s current re-examination of two longstanding federal mineral leases near the Boundary Waters. For Twin Metals, which currently holds the expired leases, renewal is critical to the company’s plans to develop a copper-nickel mine several miles southeast of Ely.

While the Secretary never mentioned the leases directly during her speech, Eighth District Congressman Rick Nolan said there was no doubt about the meaning of her reference and he said it suggests the Obama administration may be leaning towards a presidential declaration to permanently protect the Rainy River watershed from mining.

“I got physically sick I was so disturbed by it,” said Nolan, who added that he sees a well-orchestrated campaign behind the recent push for non-renewal of the mineral leases. “First you had the governor’s decision, then the BLM [Bureau of Land Management] decision, then Walter Mondale’s letter,” he said.

The BLM, within days of Gov. Mark Dayton’s announcment of opposition to the Twin Metals project, issued a legal determination that concluded the agency had no legal obligation to renew the Twin Metal leases. Three days later, the former vice-president penned an op-ed for the Star Tribune, citing his own opposition to renewal of the leases.

“It couldn’t have been better orchestrated,” said Nolan.

Nolan said he contacted the White House this week to discuss the issue and seek clarification on the meaning of the Secretary’s comments.

Meanwhile, opponents of the Twin Metals project, who have argued that the environmental risks of the project to the Boundary Waters are too high, hailed her comments.

“The indication from the Secretary that they want to understand the impacts before sanctioning such a project is a really good sign,” said Jeremy Drucker, spokesperson for the Campaign to Save the Boundary Waters. “One of the things we’re most concerned about is that these leases never underwent environmental review,” Drucker added.

Secretary Jewell also noted that new scientific research is giving land managers a better understanding of the impacts of development in “places like Badger Two-Medicine in Montana or the Boundary Waters in Minnesota.”

Recently-published research in the Journal of Hydrology, provided peer-reviewed support for the arguments of Twin Metals opponents, who contend the mine is almost certain to impact water quality in a key watershed within the wilderness.

Secretary Jewell made her comments as part of an address titled: “The Next 100 Years of American Conservation,” and her comments provide insight into the high level consideration currently being given to the question of mineral lease renewal on the Superior National Forest. Mine project opponents see a hopeful sign in the Secretary’s decision to call attention to the issue in a major address on the future of conservation.

“Her recognition of the need for modern scientific evaluation of potential threats, such as sulfide-ore copper mining, to iconic places like the Boundary Waters Wilderness is critical to guaranteeing we fulfill our obligation to protect the natural wonders entrusted to our care for generations to come,” said Becky Rom, national chair of the Campaign to Save the Boundary Waters.

Nolan said he doesn’t believe that the mining proposal requires a trade-off, suggesting that technological advances make it possible to mine without harming the Boundary Waters. “I don’t know anyone who wants to harm the Boundary Waters,” said Nolan. “Whether or not companies are willing to make the financial assurance remains to be seen,” he said. “But we should wait until all the science is in, then make our decision.”

Secretary Jewell indicated she hoped to have progress to report related to the Boundary Waters before the end of the year. Nolan said he’d been assured by White House officials that the administration “won’t do anything without checking with me.”