It’s a bee? It’s a hummingbird?

Sphinx moths can be confused with a bee or a bird, but it’s really just an interesting moth

One of the North Country’s coolest family of insects is the one whose members are most likely to be mistaken for a bird. They’re called sphinx moths or hawk moths (family Sphingidae), …

It’s a bee? It’s a hummingbird?

Sphinx moths can be confused with a bee or a bird, but it’s really just an interesting moth 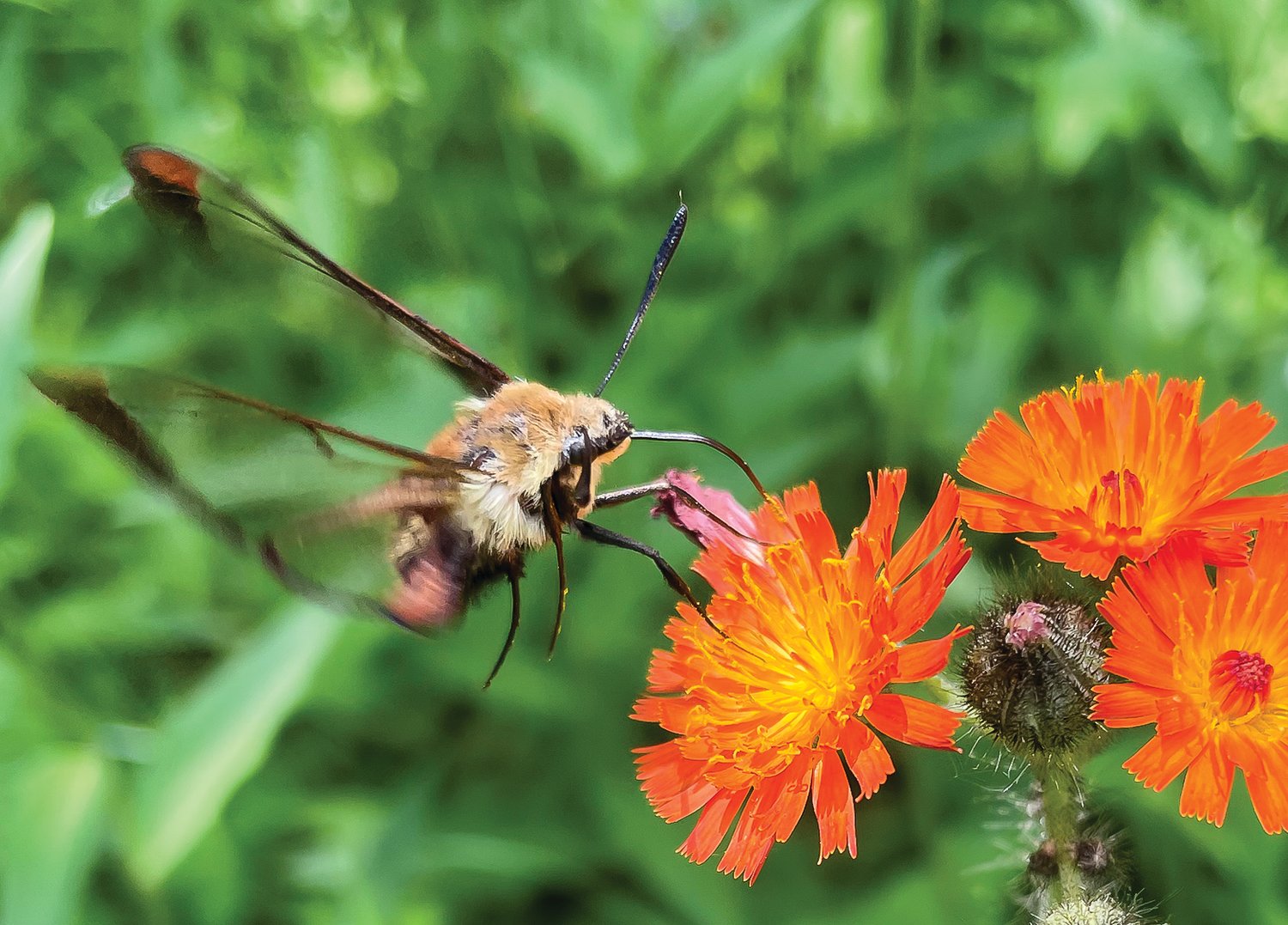 A snowberry clearwing, a species of sphinx moth, hovers over an orange hawkweed.
M. Helmberger 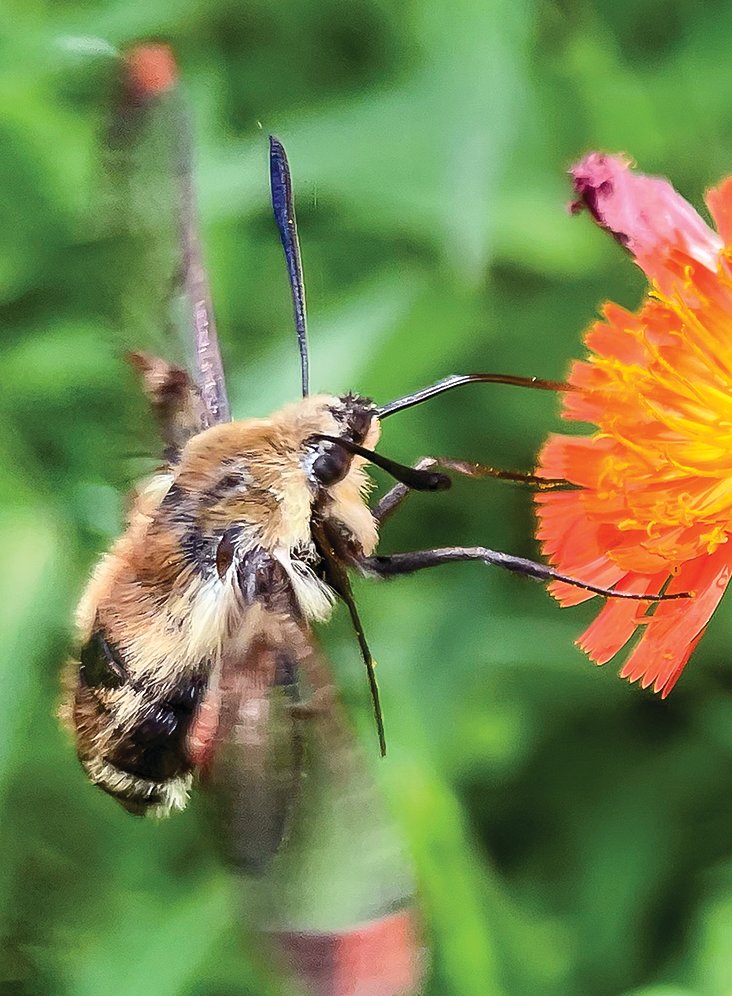 The orangish-red spots on the tips of the otherwise clear wings are a reliable field mark for this species.
M. Helmberger
Previous Next
Posted Wednesday, July 13, 2022 8:28 pm

One of the North Country’s coolest family of insects is the one whose members are most likely to be mistaken for a bird. They’re called sphinx moths or hawk moths (family Sphingidae), which includes a number of related moths best known for their ability to hover in place as they feed on flowers, thanks to rapidly beating wings. As a rule, they’re a bit smaller than our ruby-throated hummingbird but they’re often mistaken for hummers. In fact, one of the species in the same family is called the hummingbird hawk moth.
They’re actually pretty common in our area. I ran into a bunch (flock?) of them recently while photographing orange hawkweed for our wildflower of the week on the hill on the north side of Tower. The one pictured here flew right up to the flower I was photographing, and I was able to snap several images with my iPhone.
I’ve tried capturing their images a number of times in the past, but they are a tough subject as they flit from flower to flower, often spending no more than a couple seconds in any one place. It’s definitely one of those subjects where it pays to be lucky rather than good.
This particular moth has a great name, it’s officially called a snowberry clearwing, but it’s also commonly known as a bumblebee moth. It’s easily mistaken for a large bumblebee, given its yellow and black coloration and its habit of visiting flowers. But it can be told from a bumblebee by its larger size, its long curling flexible proboscis (a feature of butterflies and moths but not bees) and its long, club-like antennae.
You’re more likely to spot this species than others in the family, since many of the sphinx moths are night fliers and feeders. The fact that the snowberry clearwing has evolved as a bee mimic is a clue that it’s a daytime feeder, and its black and yellow patterning undoubtedly helps to keep potential sight-based predators guessing. They feed in mostly sunny locations, such as forest edges, streamsides, or overgrown fields with an abundance of wildflowers.
This species has two broods during the spring and summer. The first sphinx moths of the year emerge from the soil in the spring, having overwintered as pupae. They’ll lay their own eggs shortly after emerging and that generation is the one you’re most likely to see active in midsummer. They prefer to lay their eggs on bush honeysuckle, which are abundant in our area, but also lay their eggs on blueberries and snowberries, which probably accounts for their name. Once hatched, the caterpillars feed on their host plant until they enter their cocoon stage. Their transformation from caterpillar to moth takes about three weeks.
The eggs laid in August hatch, grow, and the caterpillars burrow into the ground in the fall, where they spend the winter before emerging as moths in the spring.
So, the next time you spot what many folks often mistake for a “baby hummingbird,” take a closer look. You’ll probably find it’s a member of this interesting family of moths.