Environmental groups and iron mining association both hail the decision

Environmental groups and iron mining association both hail the decision 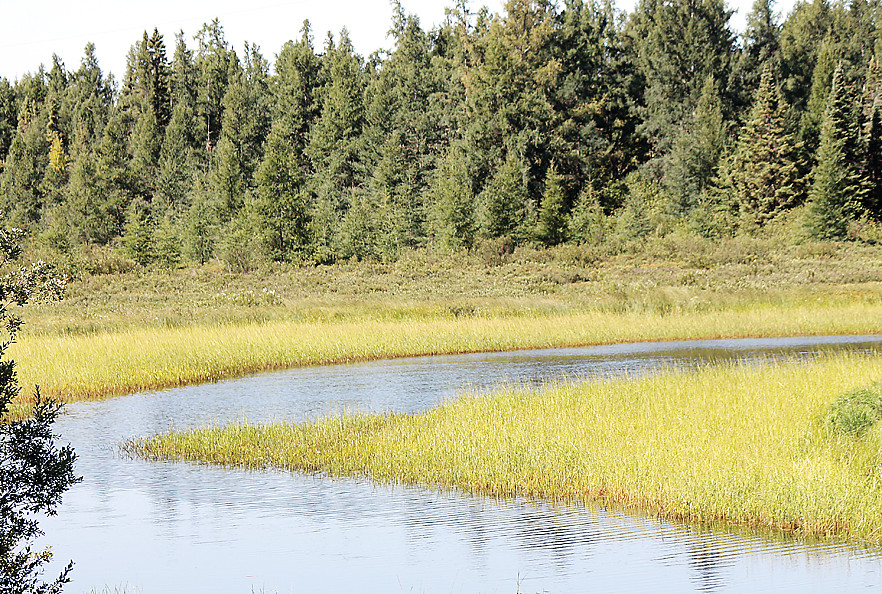 REGIONAL— An administrative law judge has thrown out as unjustified a set of proposed new rules by the state’s Pollution Control Agency that would have likely allowed mining companies to discharge more sulfate into Iron Range waters than under current rules.

The decision thrilled environmental groups, which had opposed the change as a significant weakening of the existing standard. Yet the decision also won support from the Iron Mining Association and others on the Iron Range, who had feared the proposed new rule was still too strict and would have cost the industry and local municipalities millions of dollars to come into compliance. “The IMA and our supporters are pleased that the Administrative Law Judge heard our message and understood that the MPCA’s proposed rule is flawed and would result in dire consequences for the iron mining industry and Minnesota communities,” said the organization’s President Kelsey Johnson.

The decision leaves the current strict standard of 10 milligrams per liter, in place, at least for now.

“This is a really strong victory for clean water and the rule of law,” said attorney Paula Maccabee of Duluth-based Water Legacy, who had submitted over 1,400 pages of expert testimony and comments in the case, some of which proved critical to the judge’s decision.

But the ruling sets up what is likely to be an extended political and legal battle between Indian tribes and environmentalists, who support the current standard, and the mining industry and its legislative backers who have pushed for years to weaken the state’s sulfate rule.

The latest decision came in a 82-page ruling issued Jan. 11 by ALJ LauraSue Schlatter, who had presided over the contested case hearing that was part of the MPCA’s rulemaking process. Among her many findings, Schlatter concluded that the MPCA had failed to make its case that the proposed new rules were needed or adequately based in science. Schlatter noted the large volume of public comments that the MPCA had received, including from large numbers of Native Americans, who did not believe the new rule would protect wild rice and that it could increase mercury methylation as well. “The MPCA has failed to make an affirmative presentation of facts which demonstrate that, in establishing standards which would allow increased levels of sulfate in wild rice waters… it is ensuring that the proposed water quality standards provide for the attainment and maintenance of the water quality standards of downstream waters, as required by federal and state law,” wrote Schlatter.

Proposed standard would have allowed more sulfate discharge on the Range

While MPCA officials insist that their proposed flexible standard would be more protective of wild rice than the current standard of 10 mg/l, the agency’s own data suggests it would have been much more permissive of sulfate discharges into many Iron Range lakes and streams. That’s because the MPCA’s so-called “equation-based standard” would have considered other factors, such as iron content in receiving waters and sediments, in determining what kind of standard to apply. The MPCA argues based on research findings that the presence of iron helps to mitigate the effects of higher sulfate levels.

Complicating the issue is the fact that sulfate, by itself, does not appear to harm wild rice by itself. Instead, microbes in aquatic sediments convert the sulfate to sulfide, a foul-smelling chemical that is toxic to almost all life. But oxidized iron in the water can render some or most of the sulfide harmless, by combining chemically with the sulfide and precipitating it out of the water.

Citing that research, MPCA officials had proposed to use a mathematical formula to determine safe sulfate discharge levels on a case-by-case basis, rather than using the current numerical standard. Under the MPCA’s proposed formula, dischargers into many Iron Range lakes and streams would have theoretically been able to increase their sulfate discharges rather than clean them up.

The Pike River, for example, currently averages about 10 mg/l of sulfate in its water, a level that’s likely elevated to some degree from seepage from the Minntac tailings basin. But, according to the MPCA’s proposed new equation-based standard, the river’s sulfate level could increase to more than 40 mg/l without harming wild rice. Portions of the Partridge River, near Hoyt Lakes, could see sulfate levels ranging from a low of 77 mg/l to as high as 571 mg/l under the MPCA proposal. Currently, sulfate levels in the river range from about 10 mg/l to as much as 54 mg/l. Portions of the Embarrass River could receive sulfate levels of more than 800 mg/l under the MPCA’s proposal.

The Dark River would still require some mitigation under the proposed rule, but not as much as would have been needed under the existing standard. Sulfate levels in the Dark River are very high, at approximately 175 mg/l due to heavy discharge from the Minntac tailings basin. But Minntac could have proposed to increase its tailings discharges to the Pike River watershed in order to reduce its flow to the Dark River and lower sulfate levels there. The Pike River is the largest tributary to Lake Vermilion.

Judge Schlatter, in her ruling, took issue with the agency’s proposed standard, noting that it was, by its very nature, vague and uncertain since it lists no actual standards. “Therefore, if the rule is enacted as proposed, there will be no standards when the rule becomes effective,” she wrote.

The judge also noted the high degree of uncertainty the proposed rule would create for discharges such as municipal treatment plants. “Regulated parties will not know what standards will apply to them, or even whether any sulfate standard applies to them,” Schlatter wrote.

Implications of the ruling

The fallout from the Jan. 11 decision is uncertain. MPCA officials said they’re still evaluating the ruling and aren’t sure about their next steps. “We will need to read and evaluate what the ruling says before offering any public comment,” said MPCA spokesperson Dave Verhasselt.

The agency does have the option to correct the flaws in its proposal to address the judge’s findings, but that would entail retaining the current strict standard.

Water Legacy’s Maccabee said that’s the best part about the latest decision. “The existing standard is a whole lot more protective of wild rice in the case of mining pollution than what the MPCA would have given to them [the industry],” she said.

Yet it was the prospect of enforcement of the 10 mg/l standard that prompted the mining industry to push for legislative changes in the law in the first place. Those efforts led the Legislature to direct the MPCA to adopt a new sulfate standard based on the scientific record, and it even provided funding for additional scientific research that lawmakers had hoped would undermine the current standard.

That research, instead, led the MPCA to conclude that the 10 mg/l was scientifically justified. It later reversed itself and proposed its equation-based standard after political pushback from the mining industry and Iron Range lawmakers.

IMA’s Johnson said her organization has already heard from some legislators who are interested in changing the 10 mg/l standard. “I’m not sure what we’ll go after,” said Johnson. “All things are on the table.”

Johnson said her organization supports protecting wild rice but that any new rule should encompass the full range of threats to the resource, including issues like water depth, invasive species, pH, and water temperature. “All of these are factors that affect wild rice’s ability to grow,” she said.

While the Legislature could opt to change the standard or eliminate it altogether, such an effort would likely face a strong legal challenge, said Water Legacy’s Maccabee. “If the Legislature decides to get rid of the [existing] standard, we now have a detailed hearing record and an 82-page decision saying that the standard is needed to protect wild rice,” she said. “We’d have a pretty decent record to challenge such an action by the Legislature. What this careful and rigorous opinion says above all is that the law matters.”