Scouting could be key in a year with variable deer numbers, wet conditions

REGIONAL— More than ever, this is likely to be a year when advanced scouting pays off for hunters who are heading to the woods on Saturday for the opening of the 2019 regular firearms deer season. …

Scouting could be key in a year with variable deer numbers, wet conditions 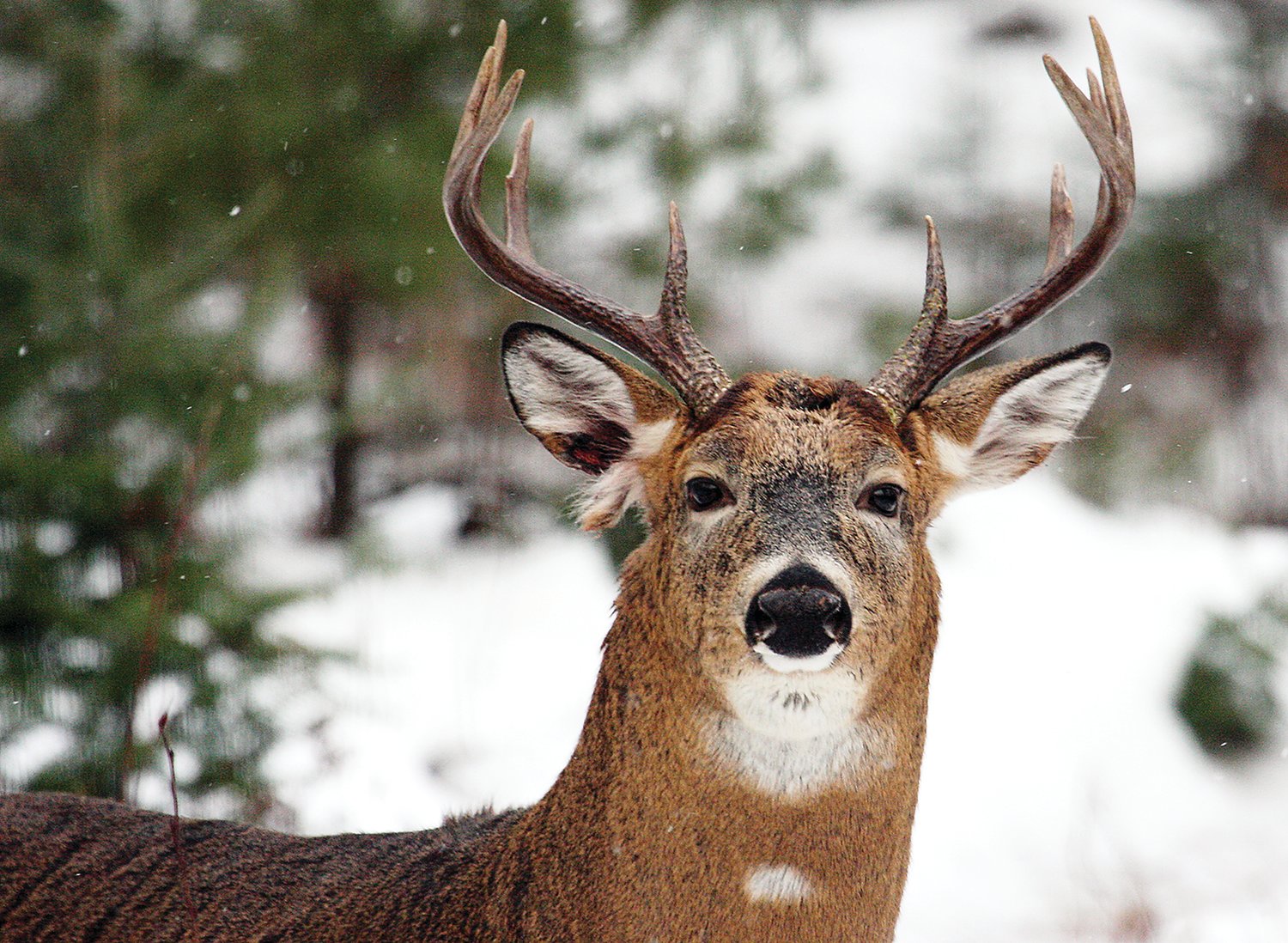 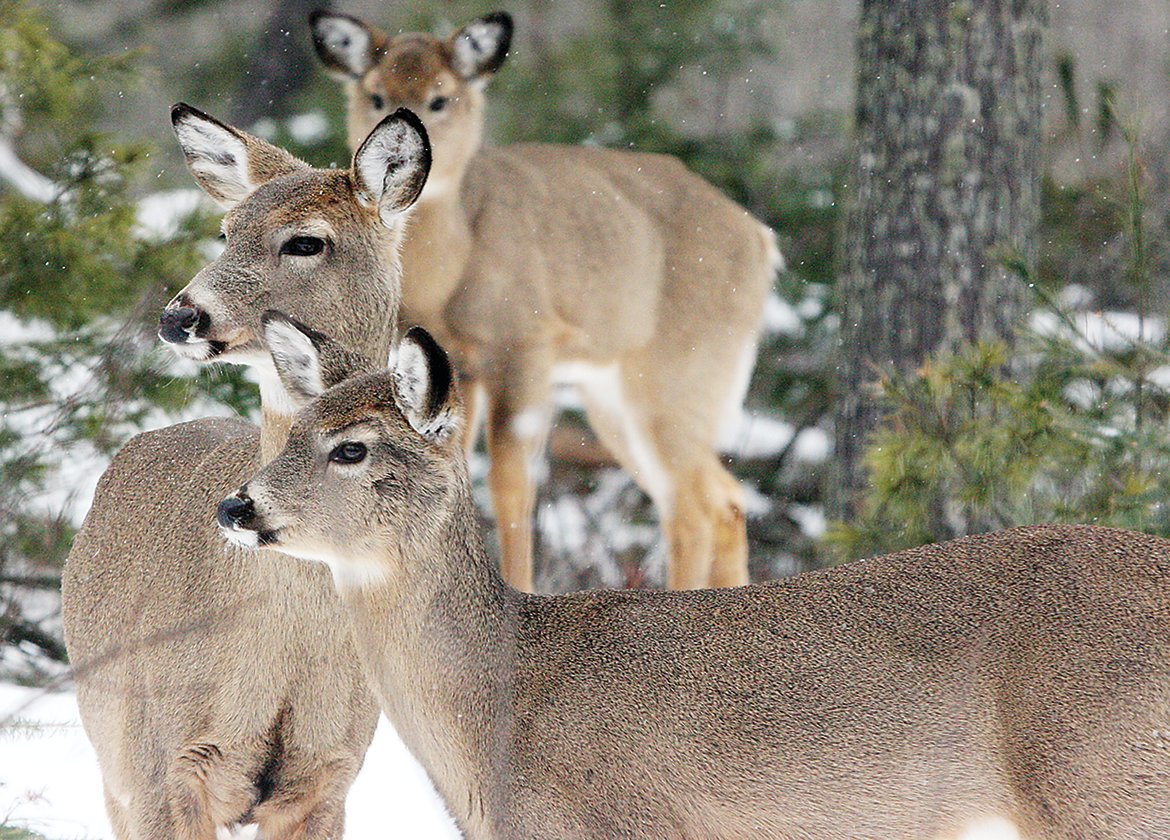 Deer numbers aren’t great, but they’re not terrible, either.”
Tom Rusch
By the numbers

☞Seventy percent of Minnesota’s firearms deer harvest typically occurs during the first three or four days of the season.

REGIONAL— More than ever, this is likely to be a year when advanced scouting pays off for hunters who are heading to the woods on Saturday for the opening of the 2019 regular firearms deer season.
With a whitetail deer population that’s still in recovery in many parts of northern St. Louis, Lake, and Koochiching counties, hunters will find that deer numbers are highly variable. “Some areas are seeing a lot of deer,” said Tom Rusch, DNR wildlife manager in Tower. “Other areas are not seeing as many. That’s why we have permit areas and differing quotas depending on the area.”
In most parts of the North Country, the deer population remains somewhat below the goals established by the DNR, the result of a string of recent winters that have rated from average to severe. “Right now, we’re in a gray area,” said Rusch. “Deer numbers aren’t great, but they’re not terrible, either.”
Winter mortality is the single biggest factor determining the size of the deer herd here in the North Country, and Rusch notes that winter severity is can vary considerably around the region, particularly when it comes to snow depth. In the border country, like permit areas 108 and 119, deeper snow in recent winters has slowed the deer recovery in the wake of back-to-back severe winters in 2013 and 2014.
That’s why hunters in those areas will be limited to bucks only for the most part. Most other permit areas in the North Country allow for some antlerless harvest through the lottery system. Permit Area 177, which encompasses the farm country west of Cook and the shoreline of Lake Vermilion, is the only zone where hunters can take a deer of either sex with a regular license.
According to Rusch, such a variable recovery means that scouting is more important than ever. Even within permit areas, deer numbers can vary a lot from place-to-place and checking for evidence of deer activity can be critical to ensuring that you’re in the right place at the right time. In the end, said Rusch, it doesn’t really matter how many deer are in your permit area. “People judge by what they see from their deer stand,” he said.
If you want your deer stand in the right place, that takes some preparation and time spent in the woods in most cases, notes Rusch.
Other factors are also at play this year, particularly the extremely wet conditions in the woods. Much of the region saw nearly ten inches or more of rain in September, which left water standing in many areas that haven’t been wet in the past. Rusch said hunters should be aware that the conditions could impact their access in areas they’re traditionally hunted in the past.
Active part of the rut
Hunters will want to be aware that this year’s late opener (Nov. 9 is the latest possible date under Minnesota law), will mean that opening weekend should coincide with the peak of the chasing phase of the rut. This means deer, particularly bucks, should be moving almost continuously in search of does, and that typically makes them the most vulnerable to hunters.
The key, as usual, is putting time in on the stand if you want to improve your odds of success. Hunters rarely bag a buck while sitting in camp.
Time of day is also important, particularly with the moon waxing toward full. Under the bright light of a near-full moon, deer often remain active overnight, and will often take a breather in the early morning hours, before becoming active again midday. So rather than heading into camp at noon, consider packing your lunch and remaining in your stand. Deer experts know that 10:30 a.m.- 1:30 p.m. can be an excellent time to hunt under a full moon.
For those who follow the solunar calendar, expect a major period on Nov. 9 from 10 a.m.-noon, with a minor period from 4 p.m. until close. Legal hunting hours on opener are a half hour before sunrise (or 6:35 a.m.) to a half hour after sunset (or 5:09 p.m.).
Temperatures this weekend are forecast to be seasonally chilly, with highs in the mid 20s and lows in the teens.