For anglers seeking big musky, there’s been plenty of action this summer

LAKE VERMILION— For years, musky were known as “the fish of 10,000 casts,” but that no longer applies, at least on Lake Vermilion when the musky action heats up.Just ask Scott …

For anglers seeking big musky, there’s been plenty of action this summer 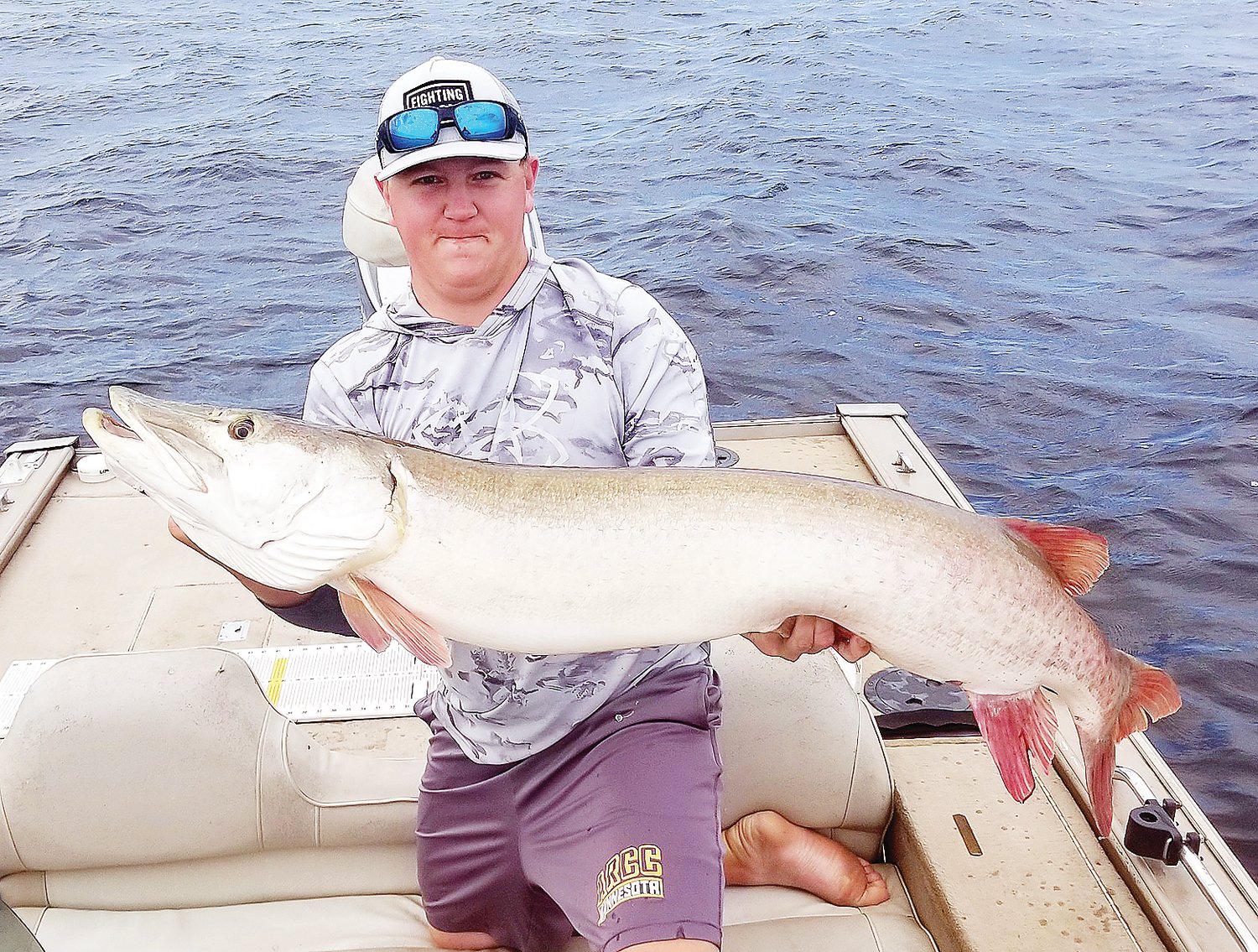 LAKE VERMILION— For years, musky were known as “the fish of 10,000 casts,” but that no longer applies, at least on Lake Vermilion when the musky action heats up.
Just ask Scott Urhammer, a musky fishing fanatic from Somerset, Wis. He’s been after trophy fish for years, working the top lakes across Wisconsin, Minnesota, and Ontario. Until this past week, that list did not include Lake Vermilion— although that’s changed since his visit here last week.
“It was pretty amazing,” said Urhammer, who came up for a few days after a trip to Lake of the Woods was canceled due to continuing high water. “It was a last-minute deal, and the only one who could come along was the son of a friend of mine.”
Urhammer and his fishing companion, Brett Vetterkind, also of Somerset, didn’t get their 10,000 casts in, but they saw plenty of action. “We moved a lot of big fish the first two days,” said Urhammer. “We ended up with a total of six muskies, 51-1/2 inches was the biggest. The rest ranged from the mid-30s to a 46-incher.”
They also landed a number of big northern pike, up to 39 inches.
Their experience wasn’t a fluke.
“We’re getting good reports from fishermen staying at the Marjo,” said Orlyn Kringstad, who operates the Marjo Motel in Tower with his wife Marit. The motel has been busy with anglers this summer, and they’ve mostly been raving about the fishing, said Kringstad. “Especially the musky,” he said.
Vermilion’s reputation as an exceptional musky lake has only grown since the Department of Natural Resources confirmed a state catch-and-release record of a 57-1/4 inches caught last July 23 on Vermilion. That actually tied the previous catch-and-release record, also caught on Vermilion.
Longtime musky guide Matt Snyder agrees it’s been an active bite this summer, but he attributes much of that to the dramatic decline in competition on the lake this year. With Canada now open, anglers who were working the reefs on Vermilion the past couple years have headed north of the border. “We are having success, that’s for sure, but we’re not having to share the water this year. I only saw two other musky boats yesterday,” Snyder said Wednesday morning. “During the pandemic, we were seeing 20-25 boats a day.”
Snyder said the intense pressure of the pandemic years appears to have pushed musky off the reefs, where anglers have typically focused their quest for the trophy fish. Now, said Snyder, he’s finding the musky in deeper water, which can make finding them a bigger challenge. So far, anyway, Snyder’s been up to the challenge.