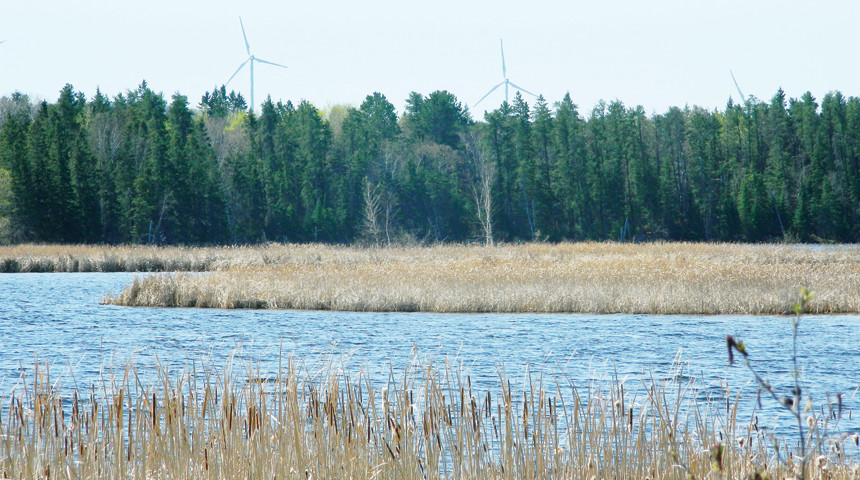 REGIONAL—The state’s Pollution Control Agency has delivered a punishing indictment of U.S. Steel in a response and counterclaim to a lawsuit filed against the agency by the company in February.

It is also asking Second District Court Judge Robyn Millenacker to order the company to comply with an agreement that agency and U.S. Steel officials reached in 2011 under which the company promised to take steps to reduce its pollution discharges, but then reneged.

It was one of several such agreements, known as a Schedule of Compliance, or SOC, that company officials signed beginning in 2001, but rarely followed according to the PCA.

The PCA response, submitted on March 14, portrays a mining company that has engaged in a pattern of delay and apparent bad faith over decades as it has tried to forestall cleanup of both groundwater and surface water pollution from its Minntac tailings basin, north of Virginia, as well as prevent the PCA from issuing a new and stricter permit for the facility. The company’s current discharge permit expired a quarter century ago. The PCA did issue a new draft permit for the company in November 2016, although that draft is now tied up in the ongoing litigation.

According to the PCA’s legal response, several lakes and portions of two rivers, including the Sand River (which ultimately discharges into Lake Vermilion), now exceed water quality standards for sulfate, bicarbonate, hardness, specific conductance, and total dissolved solids due to pollution discharges from the Minntac tailings basin. The 8,000-acre basin is also polluting nearby groundwater, according to the PCA, which now exceeds drinking water standards for sulfate and total dissolved solids in a test well.

In response to a worsening pollution problem, the PCA has attempted on numerous occasions to prompt U.S. Steel to reduce the toxicity of its discharges through a series of SOCs, beginning in 2001.

The timeline outlined by the agency in their legal filing cites the troubling history of such agreements with the company, including:

• In 2001, the company signed an SOC agreeing to undertake a feasibility study focused on reducing pollution from its tailings basin.

• In 2003, the company, in an amended SOC, agreed to focus its study on a so-called “packed-bed bioreactor,” as a means of reducing sulfate levels in tailings basin water, but the company proposal failed to achieve its objective.

• In 2006, the parties reached an agreement under which the company would apply for a new discharge permit and a variance for its toxic discharges. The company did submit an application, but at the same time proposed new ideas, including pumping back discharges to the Sand River and further study of the link between sulfate discharge and the disappearance of wild rice in some downstream waters.

• In 2007, the parties signed a new SOC, under which U.S. Steel agreed to explore the feasibility of “collecting and returning seepage affecting the Sand River” and to evaluate potential new treatment methods.

• In 2009, U.S. Steel submitted a revised permit application in which it proposed to install a Process Water Treatment System to gradually treat water in the tailings basin to lower the level of pollutants. At the time, U.S. Steel claimed that implementation of their plan would lower the concentration of sulfate and other pollutants in the tailings basin by as much as 50 percent over five years.

• Shortly after filing its revised application, U.S. Steel asked the PCA not to issue a permit until the company could explore “refinements” to its proposed water treatment system. During this time, U.S. Steel did install its seepage collection system designed to reduce discharges to the Sand River.

• In 2010, U.S. Steel proposed yet another plan, to install a new type of air emissions technology that would end the use of wet scrubbers on its four largest taconite production lines. “By replacing the wet scrubbers with a [dry air emissions technology], U.S. Steel argued it would achieve a significant reduction in the mass of pollutants transferred to…the tailings basin,” according to the PCA.

• In 2011, the parties entered into a new SOC, under which U.S. Steel agreed to replace their wet scrubbers with a dry technology. That same agreement also required U.S. Steel to install seepage collection at the basin’s discharge into the Dark River.

• In 2013, that agreement was amended because a groundwater test well that the PCA had required U.S. Steel to install showed the water exceeded drinking water standards for sulfates and total dissolved solids. That same agreement required the company to install a “permeable reactive barrier” to address the groundwater contamination.

• Beginning in 2011, U.S. Steel sought a permit from the Department of Natural Resources for a 483-acre Minntac mine expansion. In 2013, in response to the permit request, the DNR declined to require an environmental impact statement for that expansion. In defending that decision from environmental critics, DNR officials cited U.S. Steel’s 2011 agreement with the PCA to install dry emissions technology and collect seepage entering the Dark River.

• The Minnesota Center for Environmental Advocacy sued the DNR over that decision in 2013, but lost. In its decision on that case, the state Court of Appeals also cited the 2011 agreement between the PCA and U.S. Steel as evidence that the company would be addressing its worsening pollution problem. Yet, despite having relied on its commitments in the 2011 agreement to obtain its mine expansion permit, U.S. Steel did not comply with its promise to replace the wet scrubbers with dry controls according to the PCA, nor has the company installed seepage collection at the Dark River outlet.

• On Jan. 20, 2015, the MPCA sent U.S. Steel a letter demanding that the company comply with the 2011 SOC by submitting an application to install dry emissions control.

• In a written response one month later, U.S. Steel declined to comply with the dry controls requirement, and instead sought to renegotiate the 2011 SOC.

MCEA legal director Kevin Reuther said U.S. Steel’s response was vindication of the environmental group’s position in its lawsuit with the DNR. “We said ‘don’t let them expand without at least studying their proposal more thoroughly and getting them in compliance with existing standards,’” said Reuther. “To avoid that, they agreed to put in additional controls. They used their promise to avoid a full review and then they didn’t follow through.”

For its part, U.S. Steel has denied many of the PCA’s assertions. In its complaint against the PCA, U.S. Steel contends that the agency has failed to act on company requests for modifications to its water quality standards and the classification of certain streams into which Minntac’s tailings basin discharges wastewater. The company is also concerned that the MPCA is going back on its earlier commitment to complete a rule change regarding the wild rice sulfate standard prior to issuing any new mining permits.

Throughout nearly two decades of false starts, dead ends, and broken promises, the PCA came under increasing pressure itself from environmental groups, tribal officials, and the federal Environmental Protection Agency for its failure to address the ongoing pollution from Minntac as well as other taconite operations on the Iron Range.

In 2013, the EPA forced the PCA to sign what was, in effect, its own schedule of compliance with the federal agency. It gave the agency five years to reissue dozens of mining-related permits affecting a half dozen mining operations in northeastern Minnesota, all with long-expired permits.

PCA officials had hoped to make good on one of those in the spring of 2015, when the agency— fresh off U.S. Steel’s decision to ignore their 2011 SOC—decided to issue a new draft permit for the Minntac tailings basin, one that included tougher water quality standards. But U.S. Steel, with the backing of Iron Range legislators, prevailed on Gov. Mark Dayton to block his own agency’s plan. Dayton later told Minnesota Public Radio that U.S. Steel officials had indicated they wouldn’t accept a permit that required that they clean up their pollution to the extent required. In response, the Legislature passed a law that prohibited the PCA from enforcing the state’s strict sulfate standard until a new standard could be approved through a new rule-making process. PCA officials ultimately backed down.

The incident, however, soon put new pressure on the agency. In July 2015, Duluth-based Water Legacy petitioned the EPA, urging the federal agency to strip the PCA of its authority to regulate the state’s mining industry, due to lack of compliance with the Clean Water Act. The EPA is currently investigating the issues raised in the petition.

Meanwhile, last November, the MCEA and two other environmental groups filed suit against the PCA, alleging the company has failed in its legal obligation to control pollution from the Minntac tailings basin. One week later, the PCA issued a draft permit for Minntac, and the MCEA agreed to withdraw its suit under a stipulation agreement that requires the agency to issue a final draft as quickly as possible.

U.S. Steel filed its own legal action against the agency in February, prompting the response and counterclaim from the PCA.

MCEA officials see the U.S. Steel lawsuit as just another in a long series of delay tactics. “There’s a bit of irony here,” said Reuther. “It’s often companies lobbying at the Legislature who are complaining about delay. But certainly U.S. Steel has been playing that game all along.”

Neither the Pollution Control Agency nor U.S. Steel responded to questions or a request for comment as of presstime.