On geese, ticks and COVID-19

With the pandemic, we share a responsibility to take care of others

Last spring I heard geese coming. The volume of yodeling racheted up until an undulating wedge of four dozen burst over the tree line to the south, robustly flapping and aimed north. They sounded …

On geese, ticks and COVID-19

With the pandemic, we share a responsibility to take care of others 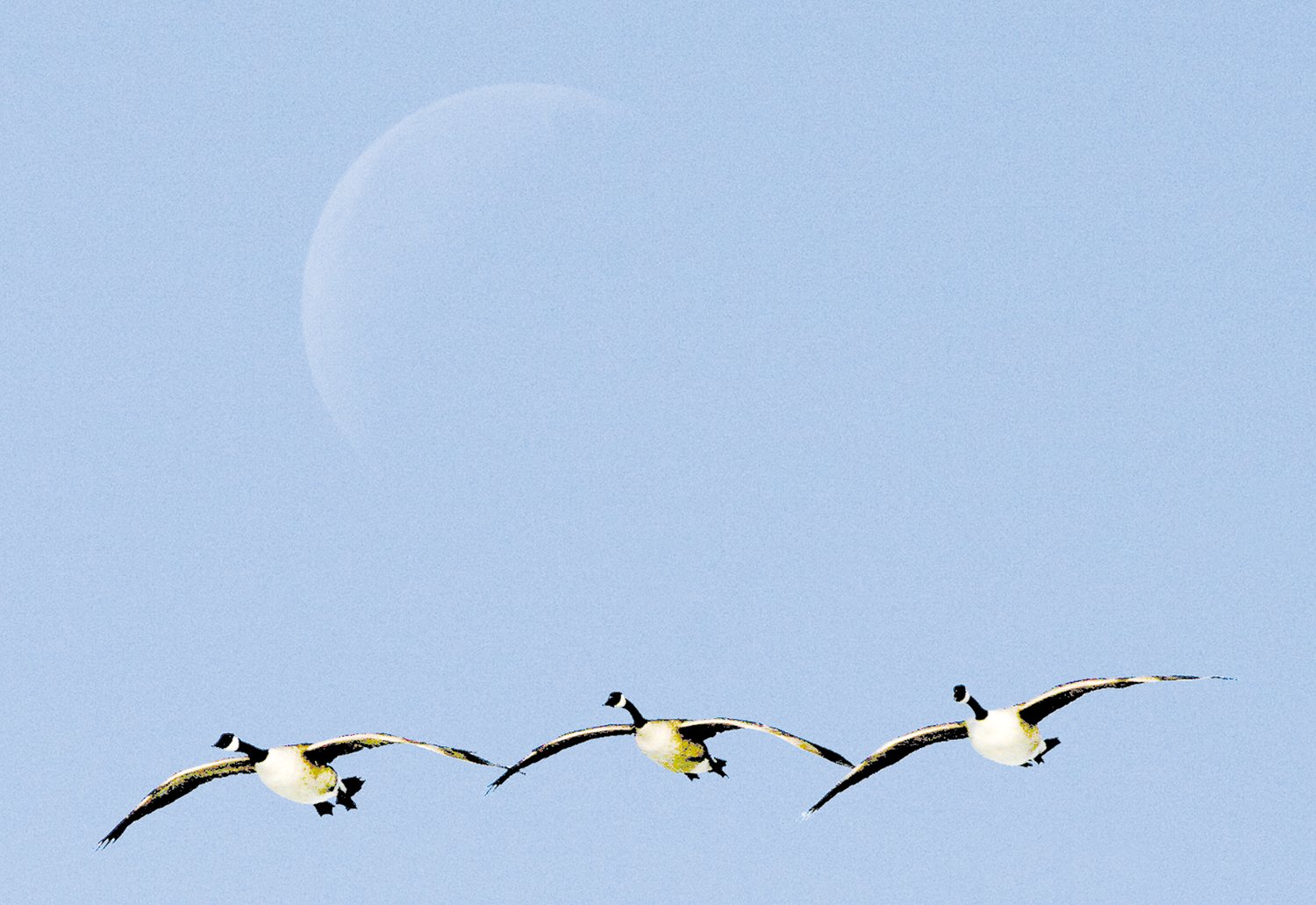 Last spring I heard geese coming. The volume of yodeling racheted up until an undulating wedge of four dozen burst over the tree line to the south, robustly flapping and aimed north. They sounded joyful. These were not indolent metropolitan birds, accustomed to year-round lounging in manicured parks and defecating on sidewalks. These geese were bound for Manitoba. In six months they’d be resolutely steering back south, snorting sleet and weathering shotgun flak. I admired their nobility.
That evening I engaged with a different family of wildlife. Using two mirrors in an awkward pantomime of hygiene, I inspected every square inch of my skin for ticks. In these woods, tick-borne illness is endemic, and I know neighbors and colleagues who’ve been grievously afflicted – incapacitated and/or hospitalized with one of the maladies. Being old, I’m more or less convinced of my mortality and inevitable decline, but I’d be particularly resentful of being taken down by a tick.
Sure enough, I found one on my inner thigh, bored in and feeding. I removed it, crushed it, and flicked it into the toilet bowl. Ignoble, but I plead self-defense. Since I perform a thorough inspection at least once a day, and understand that a tick must be attached for twenty-four to forty-eight hours to transmit disease, I wasn’t concerned, but did feel assaulted. I am prey.
I live and work in the woods, as do the ticks, and my vigilance cannot be relaxed until winter. It’s a seasonal behavior, and I begin my examinations about the time the first geese migrate in and through. We’re fortunate that Lyme disease and anaplasmosis are not communicable. They are a special gift from a tick to you, and your misery cannot be shared. If Lyme disease were infectious, no one around here would have any friends, and the State Department would issue a travel advisory for Deer Tick Nation. I’m bemused by the fact that your dog can be administered an apparently effective Lyme vaccine, but you cannot.
Actually, two decades ago I was vaccinated for Lyme. We were cautioned the shot might be only 70-percent effective and it was experimental, but given my exposure, I went for it, as did one of my colleagues. A few years later he acquired a case of Lyme that landed him in the hospital. Still, it was worth a try. Vaccines are a boon to civilization. Every day of the snow-free seasons I’m aware of being hunted by little predators that are difficult to see. It would be so much easier – and perhaps entertaining – if ticks were the size of squirrels, and tasty. We could just hunt them.
In any case, the ticks are your business. How much angst and effort you invest in protecting yourself is totally up to you.
However, in the time since the first geese arrived and the ticks reappeared, we’ve been faced by a new, highly infectious, predator: COVID-19. I work as a wildland firefighter for the Minnesota DNR Division of Forestry, and the agency appropriately had concerns about fire crews and fire operations. Neither easily lend themselves to strict social distancing or masking up. But since firefighters and firefighting are deemed essential, we had to go to work. A solid written protocol was developed and ran to several pages. I won’t afflict you with details, but the bottom line is worth imparting because it applies to every citizen.
After the document explained all aspects of what we were expected to do (and not do), the conclusion acknowledged two basic facts: 1) we’d be taking a risk, and 2) we needed to trust our team mates – needed to have confidence that all were maintaining the necessary personal behaviors to keep themselves virus-free when off-duty. Our rigorous protocols would mean nothing if they weren’t also adhered to outside of work. We had a responsibility across the board, no matter where we were or what we were doing. For example, early in the fire season one of our local firefighters encountered a domestic life change that put him at greater risk of infection, and he was sent home for a specified period of time until we were reassured he was still healthy.
My point is that our fire crews are a microcosm of the larger society. Unlike a personal tick protection strategy, we need to universally care and trust. COVID-19 is a community predator, and the community encompasses the entire nation (and the world). But it’s not only a threat, it’s also an opportunity – to offer service for the common good.
Webster’s defines “patriotism” as “love and loyal or zealous support of one’s own country.” A way to demonstrate that love and loyalty in these times is to take on responsibility in the battle against COVID-19. The simplest, most effective means to that worthy end is to wear a mask in public indoor spaces. It’s about consideration, courtesy, and trust. A patriot wears a mask.
Soon the geese will be passing through again, and we’re still struggling with the pandemic. How long the siege will last depends upon what we zealously do. As other nations have demonstrated, we do have some control over the virus.
Peter M. Leschak is an author and wildland firefighter. He lives in Side Lake.