TOWER— “Once you get so deep, there’s no turning back.” If RV park developer Dave Rose needed a reason to persevere in his seven-year-long battle to build his Tower RV Resort, … 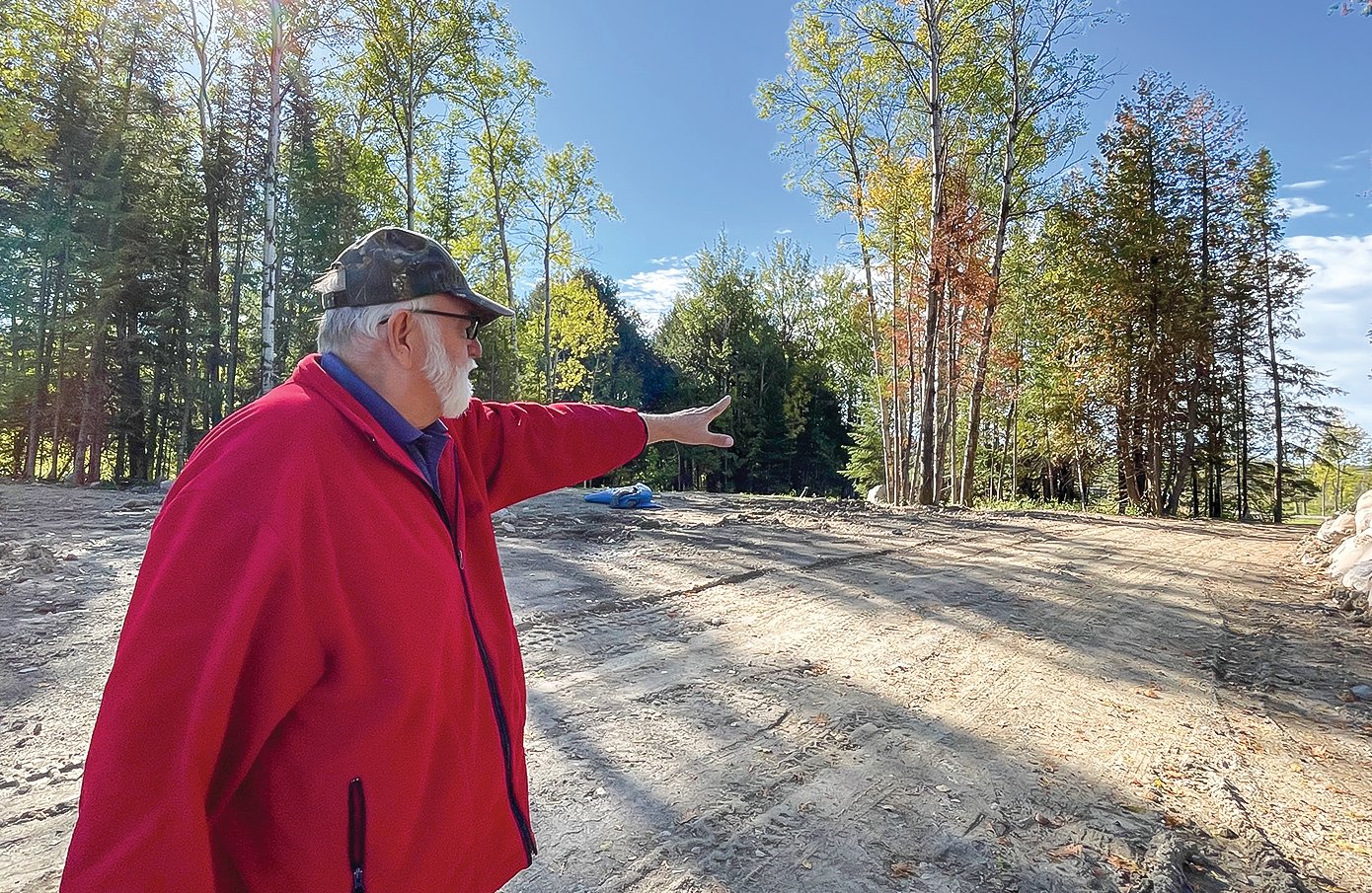 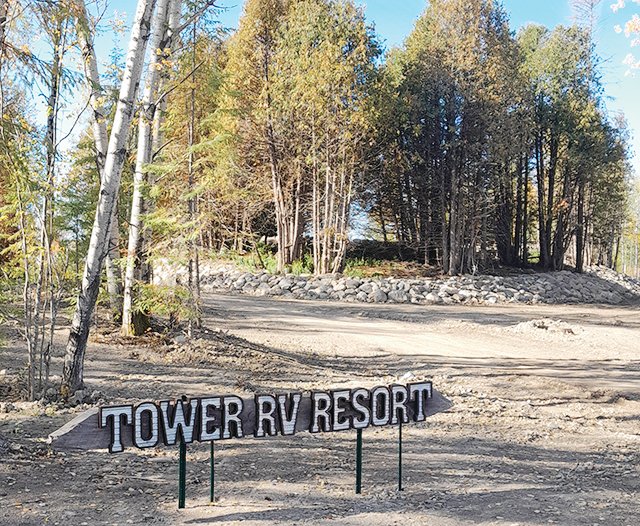 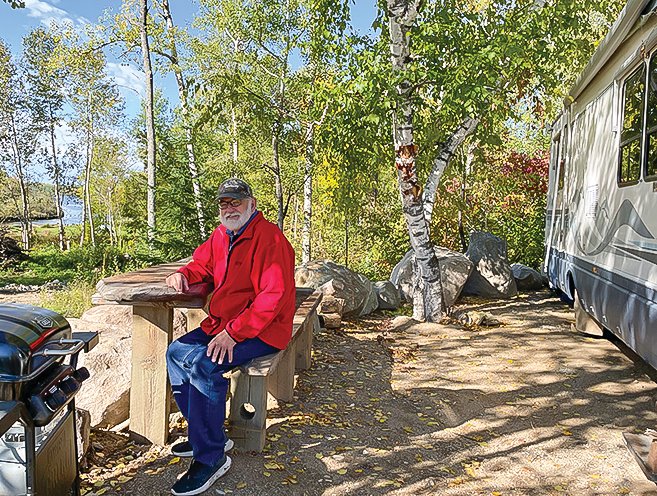 Dave Rose sits at a makeshift picnic table at one of the RV lots, where a new owner has already parked an RV. Final landscaping is still needed but the project is now close to completion. photo by M. Helmberger
M. Helmberger
Previous Next
Posted Wednesday, October 5, 2022 6:22 pm

TOWER— “Once you get so deep, there’s no turning back.”
If RV park developer Dave Rose needed a reason to persevere in his seven-year-long battle to build his Tower RV Resort, the prospect of losing his retirement nest egg was certainly a convincing one.
Rose, who is nearing the completion of a project that many thought would never happen, spent years fighting prior city administration and a host of neighbors opposed to the project. It’s been a trial by fire for Rose, who says he sunk every penny of his retirement savings into the 32-unit RV park. When asked if he’d do it over again, with the advantage of hindsight, he has to stop and think about it. But as he surveyed the project last week, he says he’s proud of how it all, finally, came together.
Rose has completed the sewer hookups and will be running water lines later this month. After that, it’s final landscaping, all of which should be completed in plenty of time for Rose’s Tower RV Resort to open officially next spring.
When you ask Rose what he’s happiest about, he talks about the trees. “The excavators wanted to take every tree out of here,” he said. “My wife and I said no.” He acknowledges that the decision complicated the work of connecting the park to the city’s sewer. Rose estimates it might have cost him an additional $2,000 per RV lot, but he thinks it was worth it. “You can’t replace some of these big trees at any price,” he notes.
Every lot, he says, comes with at least a small clump of trees that were saved from the bulldozer, mostly birch, aspen, and white cedar. Some of the lots come with a lot more than a clump of trees, as he maintained small patches of the forest that once covered much of the roughly five-acre parcel that fronts the East Two River just upstream from Lake Vermilion. Along Lake Avenue, which leads to Mill Point, where much of the opposition to the development arose, he’s left a modest buffer of trees between RV lots and the road. He said that should help to reduce the visual impact to users of the road as well as keep dust down for the owners of the RV lots.
Unlike other RV parks in the area, the users of the Tower RV Park will also be owners. Rather than leasing the lots for a season, Rose is selling the lots, with a current price tag in the mid-$30 thousand range. Demand for RV lots in the area is so high that he only has a handful of lots still available, without having done any advertising. “It’s all word of mouth,” he said.
In fact, it’s often been groups of friends. As one buys a lot, they encourage their brother or cousin or longtime friend to buy a lot of their own. While Rose had expected a mostly out-of-town clientele, he said most buyers have been from the Iron Range. “I’m talking Biwabik, Tower, Mt. Iron, Virginia. I’ve sold four to folks in Hibbing,” he said. “I didn’t expect that all.”
He said he’s happy with the mix of new residents who’ll be coming next year. “There are a lot of retired veterans,” he said. “The vast majority are blue collar folks.”
Rose figures he’ll maintain his own RV at the park, but he hopes to slowly step back from management of the facility, which will be guided by the homeowner’s association (HOA) that he’s in the process of forming. He said he’s already talked to some of the prospective new residents who want to join the new HOA board to help set the guidelines for what will become Tower’s newest “neighborhood” starting next year.