EAGLES NEST TWP- Opponents of a proposed bear-feeding ban in Minnesota turned out in force at the Oct. 19 town board meeting here, despite the fact that the legislator who proposed the bill has since … 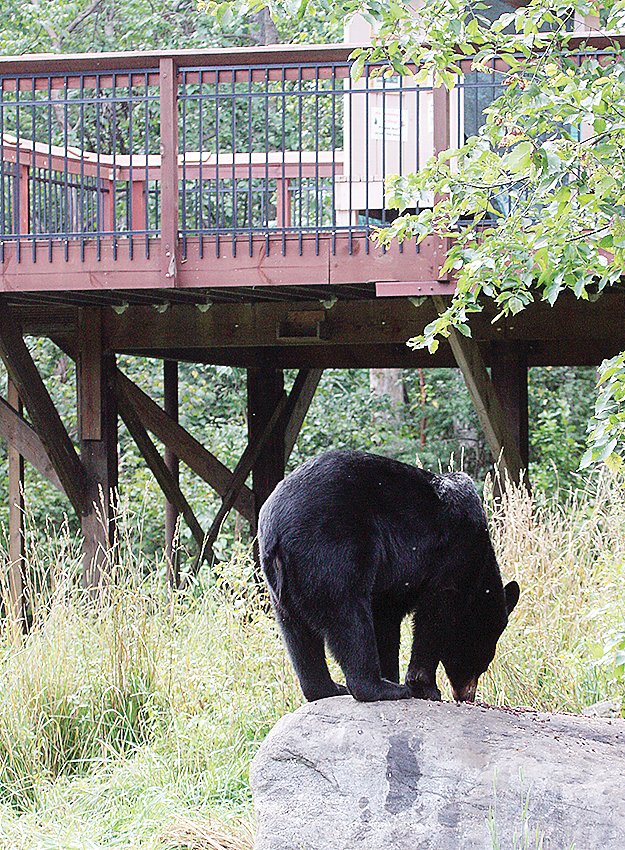 A black bear feeds on sunflower seeds and other foods put out at the Vince Shute Sanctuary near Orr. The sanctuary would have been impacted by the bear-feeding ban.
M. Helmberger
Posted Wednesday, October 27, 2021 4:28 pm