The season is upon us, just in time for us to stay-at-home to enjoy it

The season is upon us, just in time for us to stay-at-home to enjoy it 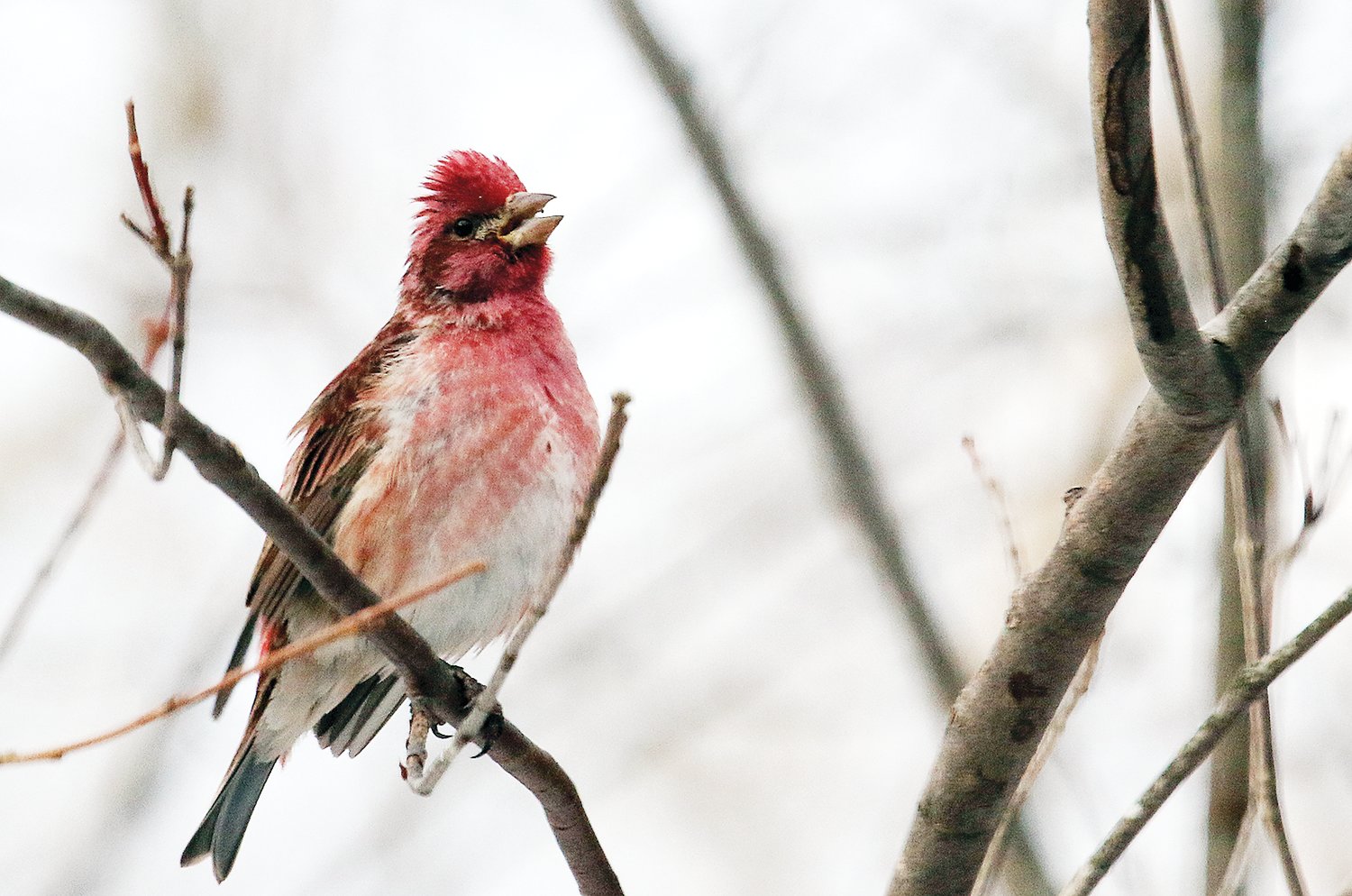 A male purple finch warbles for a mate amidst all the recent activity.
M. Helmberger 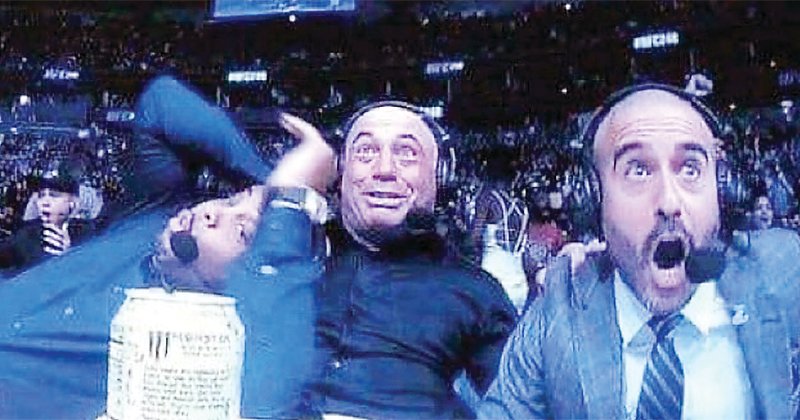 My favorite Internet meme of the week. 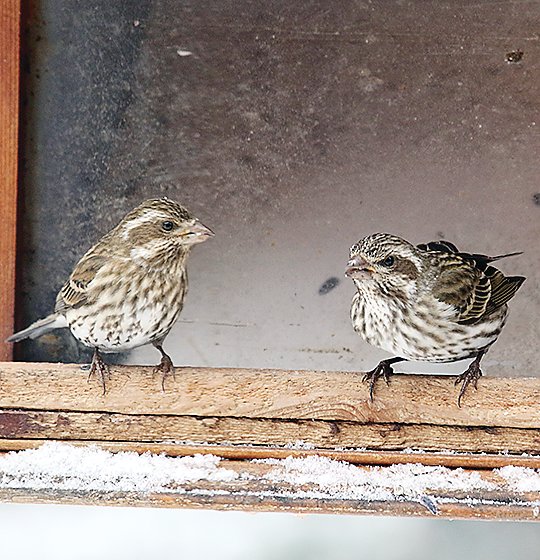 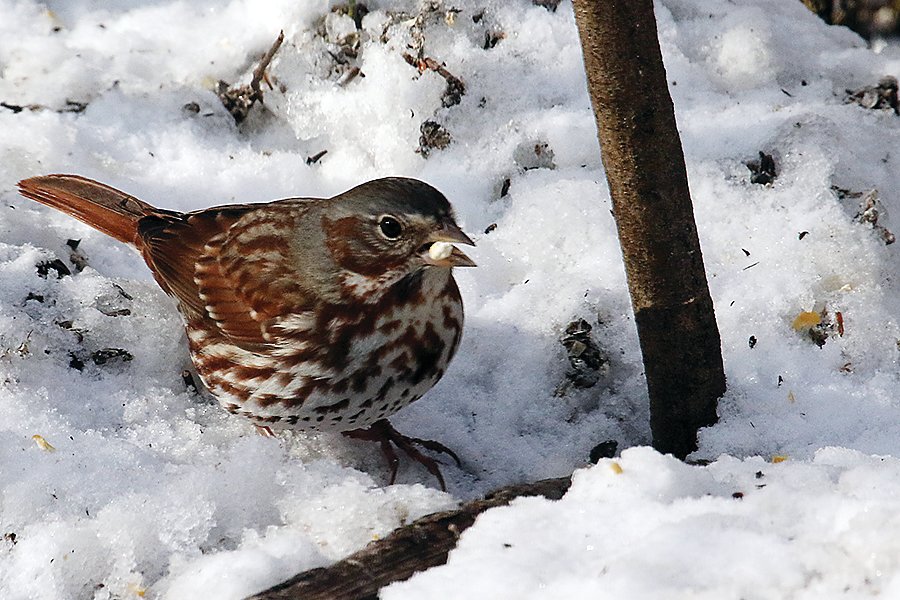 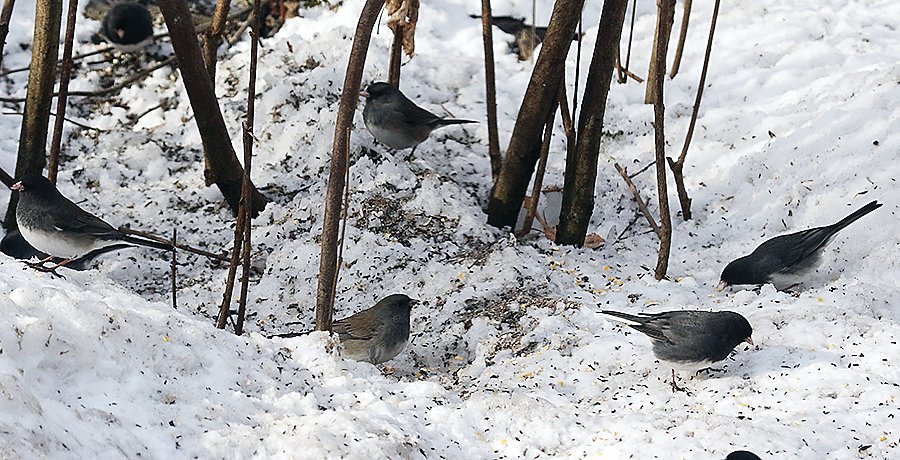 A flock of juncos feed under the protection of a hazel thicket.
M. Helmberger 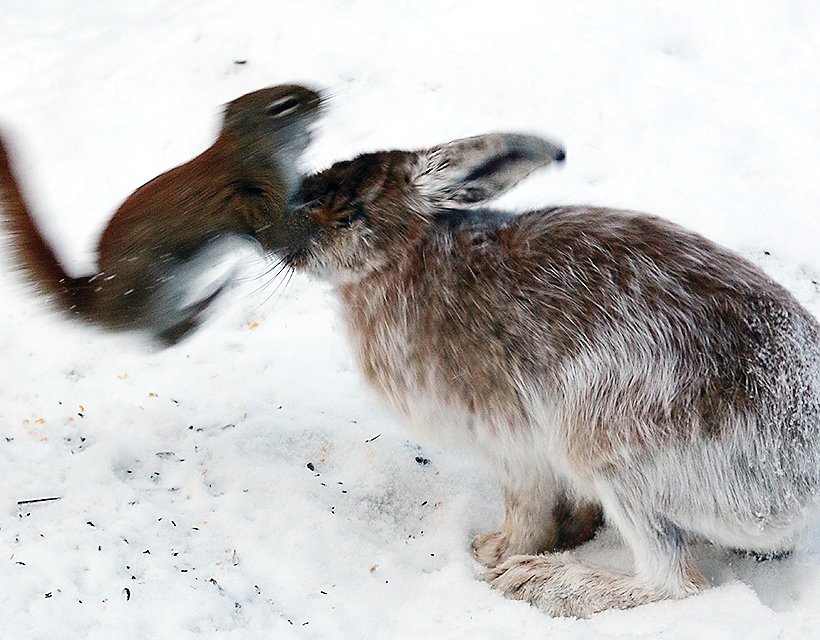 A startled red squirrel leaps into the air, startling a snowshoe hare that was feeding next to it.
M. Helmberger 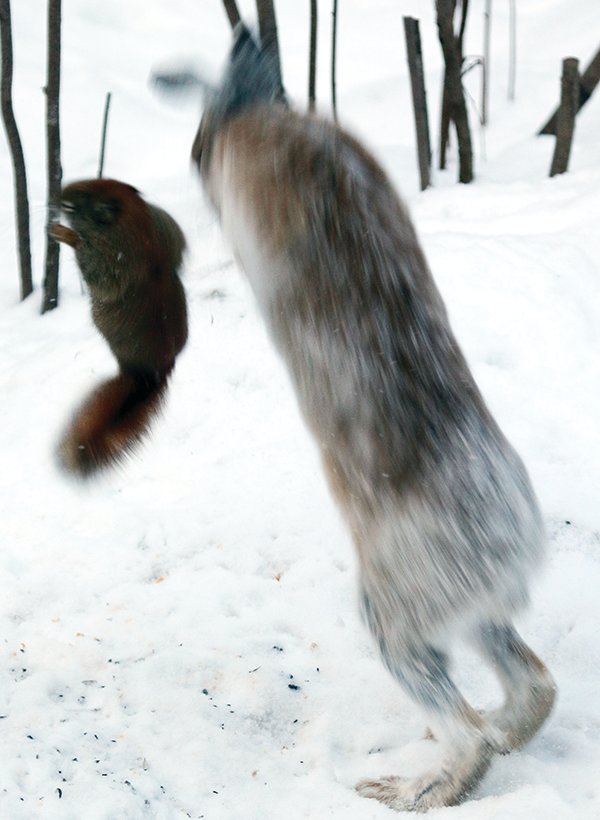 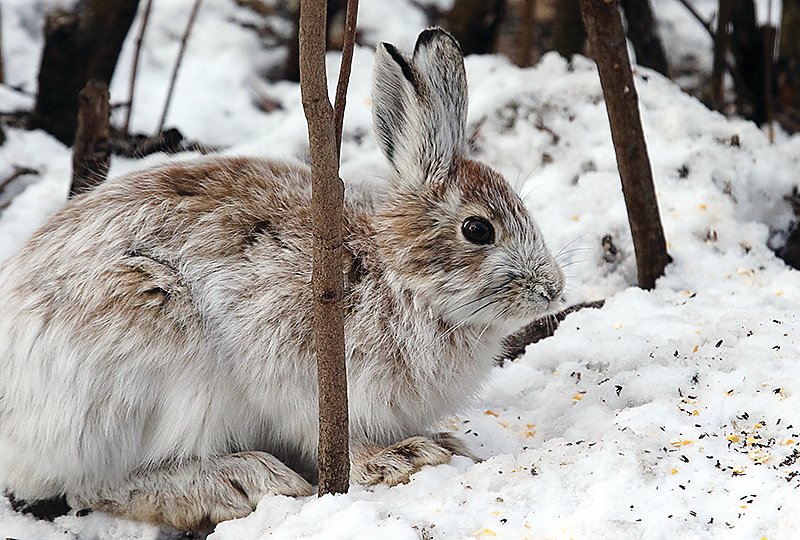 LOST LAKE SWAMP—A funny meme showed up on the email feed for the Ely Field Naturalists the other day and it got me thinking about my own best source of entertainment during this time when all of us, to one degree or another, are in a kind of quarantine.
The bird feeders are always stocked around our house, but I’m putting out a bigger spread than usual right now. That’s not just because we’re not going anywhere these days, so we’re spending more time watching. It’s because the spring migration is in full swing, which means there’s something new to see almost every day.
Lately, it’s been the juncos that have dominated our attention. They’re coming through in huge numbers right now, so I’ve been putting most of the morning smorgasbord out on the snow-covered ground, where they prefer to feed. Actually, I spread most of it underneath a thicket of hazelbrush that sits within a few feet of our feeders. I’m not a fan of hazelbrush and I’ve been tempted so many times over the years to clear out this patch, but I’ve always held off. Birds are constantly alert to predators, particularly hawks, and this thicket provides the perfect protection since no hawk can easily penetrate such a tangle. I’ve decided its benefits outweigh my aversion to the stuff.
For the sparrows, I feed mostly cracked corn mixed with about a half cup of thistle seed. You can also mix in some of the cheap wild bird mixes this time of year if the thistle seed is to spendy for you. I normally don’t buy the stuff because it’s of little interest to most of our resident birds. But the juncos, sparrows, and other ground-feeders that are coming through right now seem to eat all but the millet seed which, unfortunately, tends to dominate the really cheap bird mixes.
Mixed in with the throngs of juncos, are a handful of beefy fox sparrows— among the largest and rustiest of our sparrows— along with the more diminutive tree sparrows, which are easily identified by their rusty caps and light gray chests marked with their mid-chest single dark spot. A few redwinged blackbirds are back as well, along with the usual numbers of purple finches. In fact, the purple finches have been around off and on throughout the winter, with the males adding their dash of wine purple to feeders otherwise sorely lacking that color, given that pine grosbeaks were a disappointing no-show this winter.
Of course, birds aren’t the only thing that provides entertainment around the feeder these days. With their winter cone caches mostly depleted, we’ve got at least a dozen red squirrels here most of the day. Since I learned to accept them as part of the entertainment package, I see their antics in a whole new light. And our resident snowshoe hares are regulars as well… they like the cracked corn, too. Watching the high-strung red squirrels and the jumpy hares interact can be hilarious. The other day, a squirrel and a hare startled each other, sending both of them leaping into the air over each other. They landed in a heap and both took off in opposite directions. Somehow, purely by accident, I caught the incident with my camera, and the results are at right.
In many ways, the current stay-at-home order here in Minnesota is just fine by me. In fact, if I didn’t have a newspaper to put out every week, I’d probably stay out here in the woods all the time. As long as the wild neighbors keep offering up their daily dose of amusement, there’s no reason to go anywhere else.