ELY - Heads were turning here last Saturday as the little town at the end of the road hosted an event that probably caught many people by surprise. Ely may never be the same after a parade of drag … 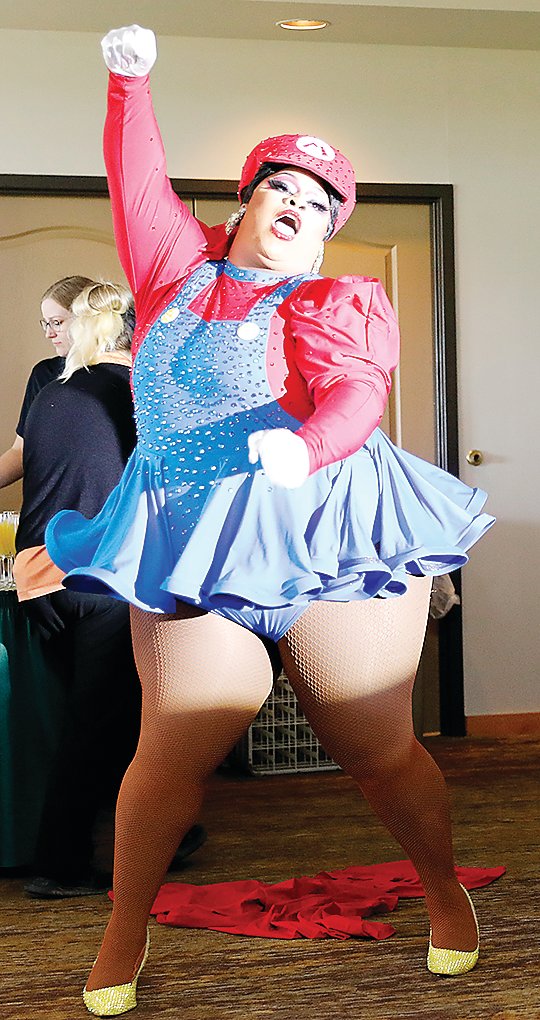 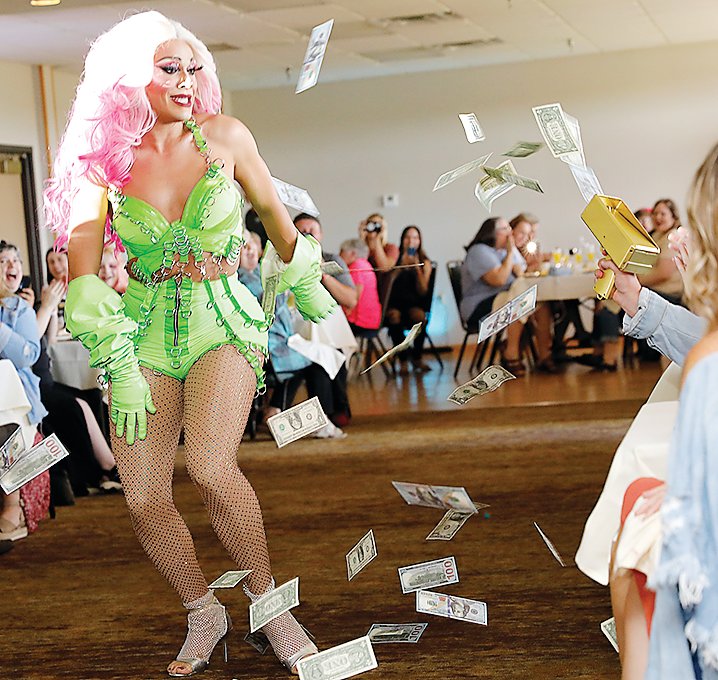 Performer Onya Deek attracts a hefty shower of cash as she makes her way through the room. The event raised thousands of dollars for OutFront Minnesota.
K. Vandervort 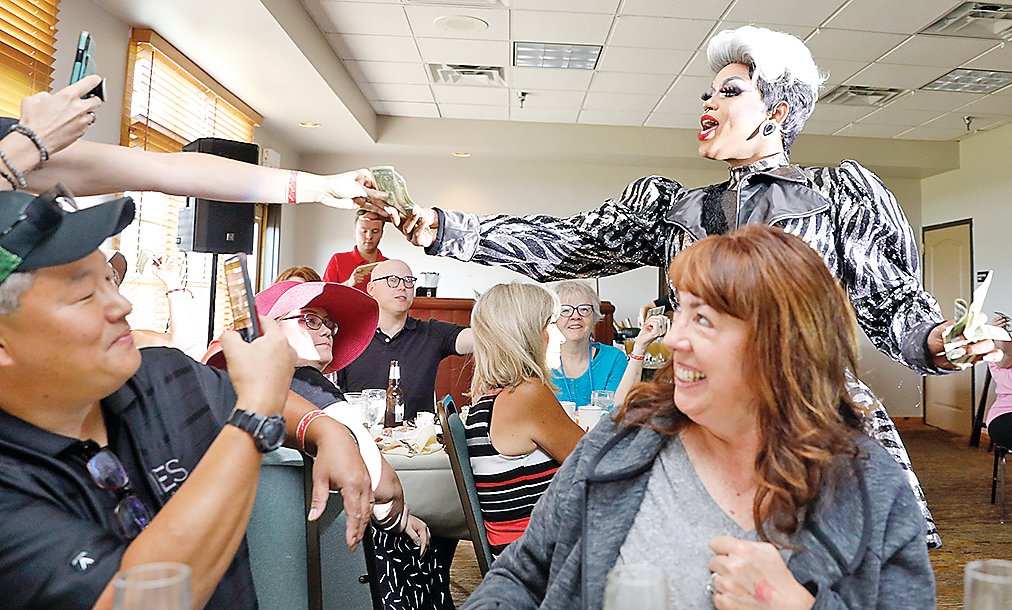 ELY - Heads were turning here last Saturday as the little town at the end of the road hosted an event that probably caught many people by surprise. Ely may never be the same after a parade of drag queens entertained a packed room at the Grand Ely Lodge to raise money for a cause.
Some said it was about time.
“It is refreshing to have a fundraising event like this up here,” said Cindy Carvelli-Yu and Song Yu, a couple from the Twin Cities who have a seasonal home on Fall Lake. “We have been to many similar shows down state and we never thought this would ever make it up to Ely.”
Turns out, there was plenty of interest in what the drag queens had on display. Cindy and Song were some of the lucky few to get tickets to the show before they sold out. Given the high demand, a second show was soon added, and that sold out as well. Each show, which also included a brunch, attracted upwards of 150 guests.
Produced by Flip Phone Events the show featured several drag queens, Sasha Cassadine, who hosted the event, Onya Deek, Mercedes Iman Diamond (from Ru Paul’s Drag Race Season 11), and Jaidynn Diore Fierce (from Ru Paul’s Drag Race Season 7). A special guest from the Iron Range, Thatqueerisa, of Virginia, also performed.
It was all to raise money for OutFront Minnesota, a statewide organization that seeks to end discrimination against the LGBTQ community, allowing them to live without fear of violence or harassment.
The organization helped to pass a statewide nondiscrimination law that included sexual orientation and gender identity- the first law that included protections for trans people in the state.
The group’s efforts also helped defeat an anti-same-sex marriage amendment at the ballot box and helped pass marriage equality through the state Legislature in 2013. OutFront also helped ensure that students have protections, passing the Safe and Supportive Schools Act in 2014 and the Trans Toolkit in 2017.
The performers at Saturday’s event proved they know how to put on a show. For a grand entrance the queens started across the lake from the Grand Ely Lodge and rode over by boat.
The enthusiastic audiences seemed to enjoy the show, and dollars for tips were literally flying all over the place for each of the dancers. One fan had a money machine that spit out dozens of dollar bills at the push of a button.
Flip Phone Events hosts shows in New York City, Chicago, Boston, and in Minneapolis where the company started 10 years ago. Owner Chad Kampe said, “We will definitely be coming back to do shows because there is definitely a need to bring LGBTQ+ experiences and drag experiences to the Iron Range.”
For more information on OutFront MN, go to www.outfront.org.