Don’t you think it’s time that someone addressed the question of monsters in Loch Vermilion? I mean if not with solid scientific evidence, then certainly with a sense of humor. I am ready … 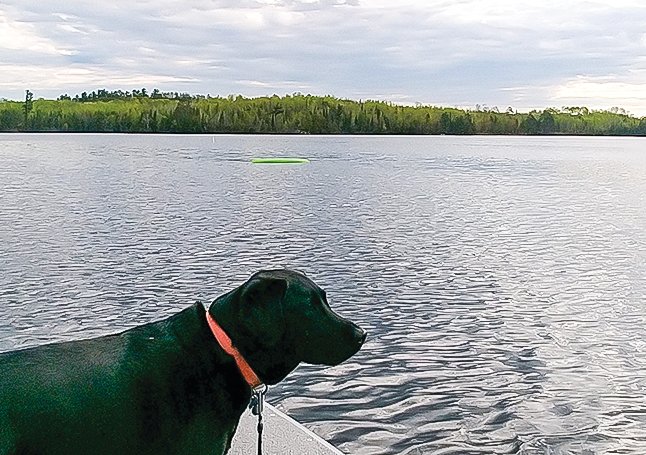 Don’t you think it’s time that someone addressed the question of monsters in Loch Vermilion? I mean if not with solid scientific evidence, then certainly with a sense of humor. I am ready to accept that challenge.
There are undeniably monsters in the lake. I have seen many of them with my own eyes. Now, I cannot subject my monsters to DNA testing but put ‘em in a line up. I know a monster when I see one.
Take the other morning when I was out on my front deck talking to my sister. I witnessed a long thin monster making its way through the water in the front of my house. I watched it for a long time until I had to go off the porch. When I came back, it was gone! Could it have been, upon closer inspection, a birch tree that kept rolling to bark side up? I guess maybe, but what are the odds?
Or how about the strange incident when I found several pieces of my firewood in the bay? I came home later than usual one evening to find my cut, split, highly-coveted firewood floating in the bay. And the same thing the next night. Could it have been the beaver thought he had found the mother load of perfectly cut, split wood for his own purposes? Especially since the pieces had tooth markings in the bark. Ha! I think not! Definitely a monster.
And then one morning on my way through Stuntz Bay, there was a fluorescent green monster heading out from the landing. Could it have been an overturned kayak washed from its owners yard in the high water? Nothing in nature comes in that color green. Yet!
Last night I was fishing and hooked a monster. I got it to the boat several times, but it was a huge monster and was hooked lightly. Ultimately, it proved to be a smart monster and when it went under the boat, I lost him. No chance for a photo op to prove my theory.
And lastly, just to clear things up about a not monster. I think quite a few boaters may have been tricked into believing that my black lab Nibs is a monster. He likes to swim out to boats near my shoreline, especially if they are trolling for muskies with the bubble bath lures. That big black head coming at you could easily be confused with a true monster head. I try to keep him from doing this as I think it is dangerous, but it usually nets him a sandwich and a ride back to the dock. All of which he likes. He’s been in more different kinds of boats than I have, and he is a monster. Just not that kind.
So, there you have it, my reputation on the line about monsters, and not monsters. Make your judgments as you will. But I truly believe there are Loch Vermilion monsters.