Think the political parties are all the same? Think again 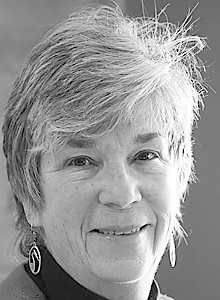 Have you ever heard anyone say, “Oh, those politicians are all the same. There’s no difference between the parties. They’re all just out for themselves.”

Perhaps you’ve said it yourself, forgetting all that has been accomplished over the years to improve lives.

Many younger people may not understand the battles fought for the benefits we enjoy. The Democratic party brought you the weekend, and so much more, so sit back, relax, and take it all in.

Funding for science and medical research.

Let’s take a look at some of what the Trump administration has brought us so far. In spite of the fact the U.S. has been experiencing the second-longest economic expansion since the post-World War II boom, annual deficits (when Congress spends more than it takes in through tax revenues) are expected to average $1.2 trillion over the next ten years or 4.4 percent of gross domestic product. The average for the last 50 years has been 2.9 percent. Public debt has increased $2 trillion since Trump was elected, reaching the unprecedented level of over $22 trillion (Statistics from the Congressional Budget Office, or CBO).

The Trump administration has been consistently hostile to the idea that all Americans have a right to a decent life, including health care. He practices double-speak reminiscent of the novel “1984.” (“War is peace. Freedom is slavery. Ignorance is strength.”) In early October, he told a crowd of Florida seniors, “We’ll always protect the Medicare benefits you earned and paid for,” saying he would defend Medicare from the “socialist” Medicare-for-All proposal. In fact, the same day, he signed the “Executive Order on Protecting and Improving Medicare for Our Nation’s Seniors” that aimed at increasing reimbursements closer to the levels paid in the commercial insurance market. Currently, Medicare reimbursements are 40-percent lower to physicians, and hospitals receive half to two-thirds of what they receive from private insurers. U.S. health care costs are the highest in the world, and the Medicare level of reimbursements reduces the inflated costs and profits. To increase reimbursements to mimic commercial insurance would send Part B premiums soaring and would bankrupt Medicare.

A second prong of so-called protection in that executive order is the promotion of Medicare Advantage plans, flooding seniors with advertisements, seducing them with the offering of additional services while selecting the lowest-cost seniors out of the Medicare pool. One-third of all Medicare recipients use Medicare Advantage plans as compared to Medigap plans, many not realizing when they sign up that the plans restrict which doctors and hospitals patients can use. Some plans have improperly denied care in order to increase profits, so the older, sicker seniors are more likely to drop the plan. On top of that, Medicare Advantage plans have overcharged Medicare by $30 billion in the last three years alone.

Let’s review that list in the second paragraph once again. How many of those programs has the Trump administration taken aim at reducing or gutting? How is it that they can promote these draconian measures?

It’s partly because a lot of people aren’t paying attention or can’t believe what’s really happening. A policy of tax cuts, intended to “starve the beast” as Republicans like to say, has been used since the Reagan administration. Trump’s top economic adviser, Larry Kudlow, also a veteran of the Reagan administration, argued in a 1996 Wall Street Journal op-ed that “Tax cuts impose a restraint on the size of government. Tax cuts will starve the beast…” meaning that a frenzy of fear about deficits can be whipped up so the public thinks that cuts must be made in public programs with “…market solutions to the problems of Social Security, health care, education and the environment.”

In a nutshell, the Trump administration would like to deregulate everything, gut Social Security, and privatize Medicare and many other public programs: public education, prisons, federal jobs, VA health care, air traffic control, roads and bridges, and public lands and national monuments. This, in spite of the fact that studies have shown that public-private partnerships (PPPs) are expensive and inefficient. A report by the Brookings Institution found that PPPs “have been dogged by contract design problems, waste, and unrealistic expectations.” Contractors may cost two to three times more, with the profit going into corporate pockets and the costs landing on private citizens.

AFGS (American Federation of Government Employees) President J. David Cox Sr. said, “When we privatize, we’re padding the pockets of CEOs and giving up key aspects of our democratic control. Our government exists for the common good, to make our lives better. We need to fully fund our government programs, not diverting public money to enrich millionaires and billionaires.”

Jen Hofman, a young woman who wanted to make a difference, developed the Americans of Conscience Checklist (americansofconscience.com), a weekly online list highlighting current legislation, actions to take like writing elected officials, suggestions for keeping inspired, and good news from around the country, such as that L.A. teachers opposed tax breaks for Exxon and work to strengthen funding for schools and that the Supreme Court upheld a block on the current president’s asylum ban. Hofman said she learned the power of working together, saying that we celebrate the myth of the self-made man, “but even he had caring teachers, access to education, dependable roads, and (hopefully) a safe community in which to become his own success story. When we acknowledge our interconnectedness, we become stronger.”

If the disrespect and hatred that Trump and his cronies spit out is appalling to you, I would encourage you to use your voice, your feet, and your money to work on those issues that matter to you. I think we all can find ways to help others, to trust others to help us, and together make a difference in our communities and our country.