LAKE VERMILION— The walleyes are hefty and there are plenty of them. That’s according to the most recent test netting results from the Department of Natural Resources. 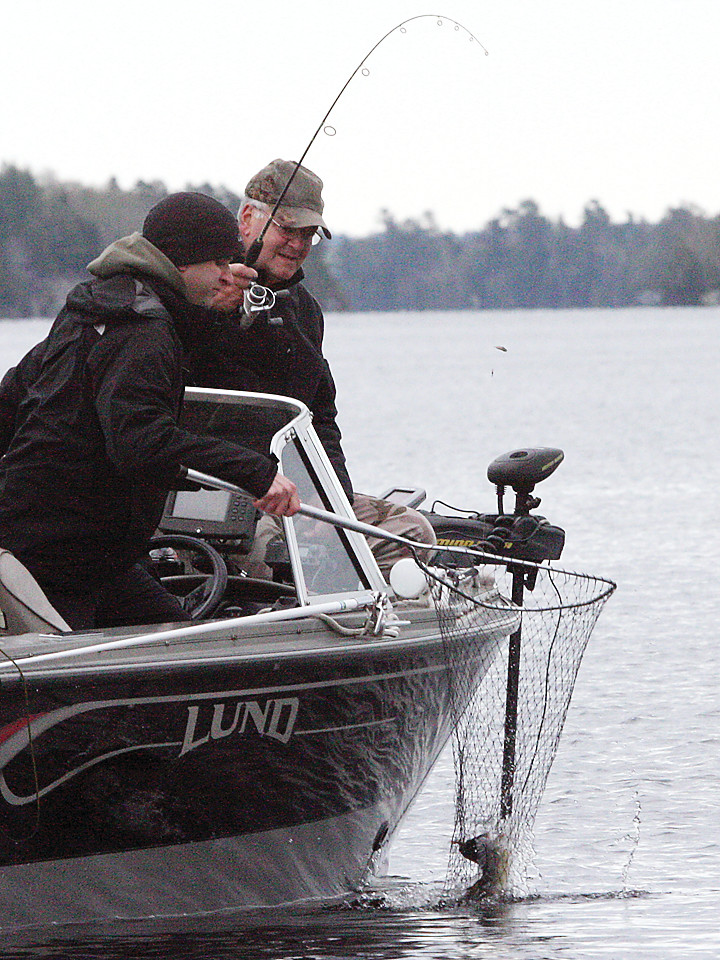 LAKE VERMILION— The walleyes are hefty and there are plenty of them. That’s according to the most recent test netting results from the Department of Natural Resources.

The annual fish survey on the big lake, conducted last fall, confirmed that Vermilion’s walleye population remains robust, with the bulk of the population currently at an ideal size for anglers.

“The harvest opportunity is above average for walleyes from 14 to 18 inches,” concludes the latest survey report, produced by DNR Large Lake Specialist Matt Hennen, who’s based in Tower. Overall, DNR crews caught an average of 16 walleye per net, which is above the lake’s long-term average of 14 walleye per net. At the same time, the average size of a Vermilion walleye is larger than it’s been in years, which should make for some big smiles from anglers this year.

While the bulk of the walleye are in the ideal eating range, Hennen noted that walleye over 20 inches continue to be abundant, which should allow anglers potential trophy opportunities as well. The DNR narrowed the protective slot on Vermilion last year to allow anglers to harvest more walleye. The new regulation includes a 20-26-inch protected slot, which should enable anglers to harvest the vast majority of fish they catch.

The latest test results suggest anglers should continue to see the kind of success they experienced in 2017, when catch rates were well above average on the lake, and other testing suggests the trend of high walleye numbers should continue for some time. Fall electro-fishing results continue to show upcoming strong to exceptionally strong year classes in 2015 and 2016, which should begin to enter the harvestable population as early as this year. Preliminary data suggests that the 2017-year class won’t be as strong, but strong results from 2015 and 2016 should provide for strong harvests for a number of years.