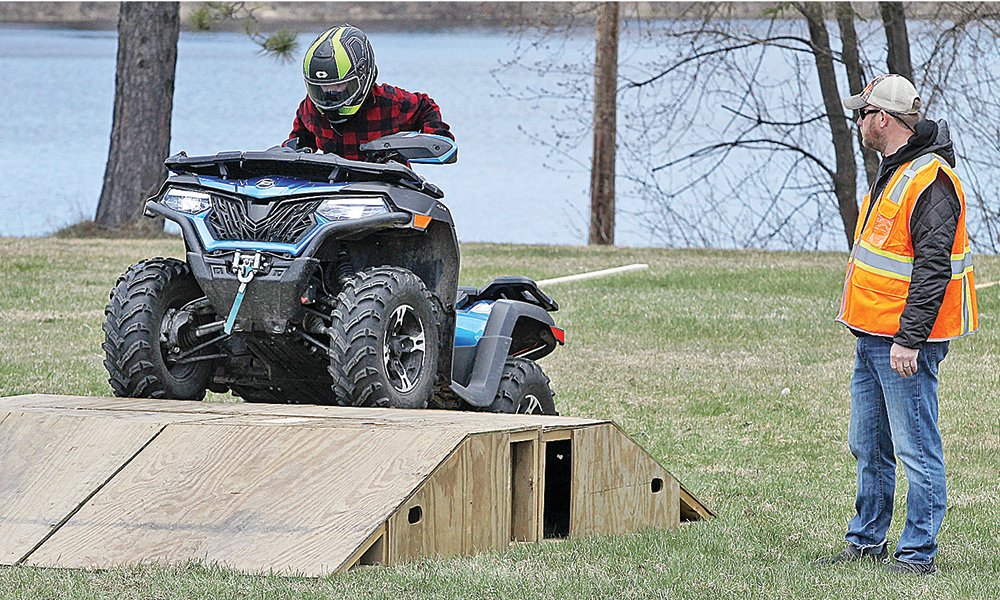 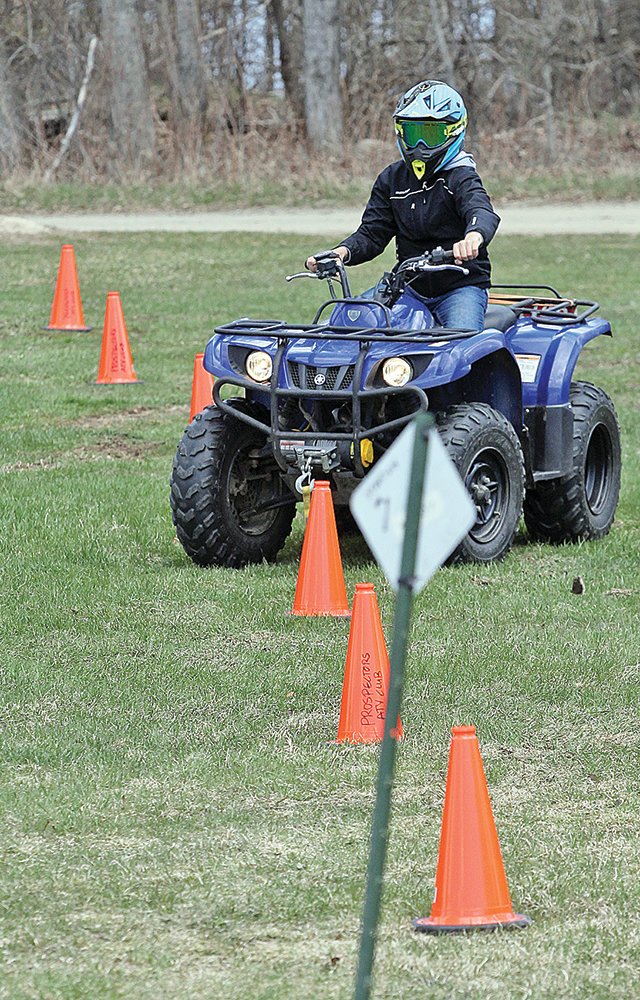 WINTON – Nearly two dozen area youth qualified for their ATV safety certificate last weekend after completing classroom training and field testing by members of the Prospector Loop Alliance ATV Club.
Classes and field work were held at the Ely/Winton Rod and Gun Club Long- branch Event Center.
“Prior to attending the in-person classroom training, the kids were required to do an on-line educational tutorial through the Minnesota Department of Natural Resources and provide a voucher as proof of passing,” said club organizer Mike Banovetz.
“Training attendees learned about safe riding techniques, understanding their skill level and respecting ATV capabilities, rules and regulations, environmental responsibility, do’s and don’ts of trail etiquette, and being good stewards of the sport,” he said. “Conservation officer Sean Williams clarified confusion and reasons for various laws and regulations.”
ATV students attending the class were from Ely, Babbitt, Embarrass, Hibbing and Mountain Iron.
Those who earned their safety certificate included Stig Majerus, Gavin Marshall, Aubree Minier, Carter Musel, Trevor Ranistate, Tracy Thibodeaux, Robert Towley, Molly Ventos, Julia Bergstedt, Nolan Anderson, Chance Wavrin, Brody Hren, Wyatt Hemmila, John Haburn, Annika Easthan, Wyatt Devine, Michael Berini, Steven Bergstedt, Jean Hren, Jace Huntbatch, Ann Hutar, John Leeson, and Evan Leeson, all qualifying to ride Class 1 ATVs.
Ely Police Department officer Christian Deinhammer highlighted various aspects of city rules and ordinances pertaining to the use of ATVs within city limits.
“Riding ATVs in alleys is discouraged for safety reasons,” he said. “Sheridan Street is part of Hwy. 169 and not legal for ATVs. The safety certificate attendees are not qualified to ride ATVs within city limits and must be at least 16 years old for this privilege.”
Officer Deinhammer continued, “ATV riding is not a right but a privilege granted by the city, private landowners, the county, townships, and state authorities and responsible riding is required to keep trails available for use.”
The Prospector ATV Club recently installed directional signing from the new trailhead area at the east entrance to Ely, through the city to the baseball field area where trail #8 begins, Banovetz said. The trail continues to the Kawishiwi River and beyond to the North Shore.
An in-city trail also continues on Pioneer Road past the Grand Ely Lodge, to Grant McMahan Blvd., County Road 88, to get to the Echo Trail, which takes riders to the Crane Lake area trail system.
“The signing is to help people who come to Ely to easily find the trail systems even though ATV use is allowed throughout the city,” he said.
Youth safety class instructors included Banovetz, Hudson Ledeen, and David Marshall with volunteers Cory Keen, Greg Mosher, Kelly Helget, Gene Wright, and Milton Beyer.
For all ATV riders, anyone born after July 1, 1987, must complete the online safety certificate tutorial. Youth ages 11 to 15 are required to do the online tutorial and pass the in-person class and field testing, allowing them to ride on Class 1 ATVs which are 50” or less in width, according to Banovetz.
“There are very specific limitations and privileges, with increases in privileges as riders get older. Class 2 ATVs (side by side) are only allowed to be operated by someone at least 15 years old to ride trails and be at least 18 years old with a driver’s license to ride within city limits and on county roads,” he said.
“Regulations and ordinances can vary from state to state, county to county, and within cities and townships, and people need to contact local authorities and the DNR for specifics in areas they intend to ride outside of areas they are familiar with riding.”
A grand opening ceremony is planned for Thursday, Sept. 16 for the new Ely trailhead building and parking area. The event will coincide with the state-wide ATV Minnesota Ride and Rally event. This event will include an ATV Big Air Show in Babbitt, a VIP ride from the Embarrass Timber Hall, guided trail rides, and a banquet. The Prospector ATV club represents volunteers from Ely, Babbitt, Embarrass, and Tower in developing 250 miles of trails.
“If there is enough demand for additional training classes, the Prospector ATV club is willing to conduct another class later this summer or early fall,” Banovetz said.
Messages can be left on the Prospectors Facebook page, or contact one of the club members.