A four-walleye limit still in play

REGIONAL— A bill that would lower Minnesota’s walleye limit to four remains alive in a House-Senate environmental conference committee, as lawmakers work to finalize omnibus bills ahead …

A four-walleye limit still in play 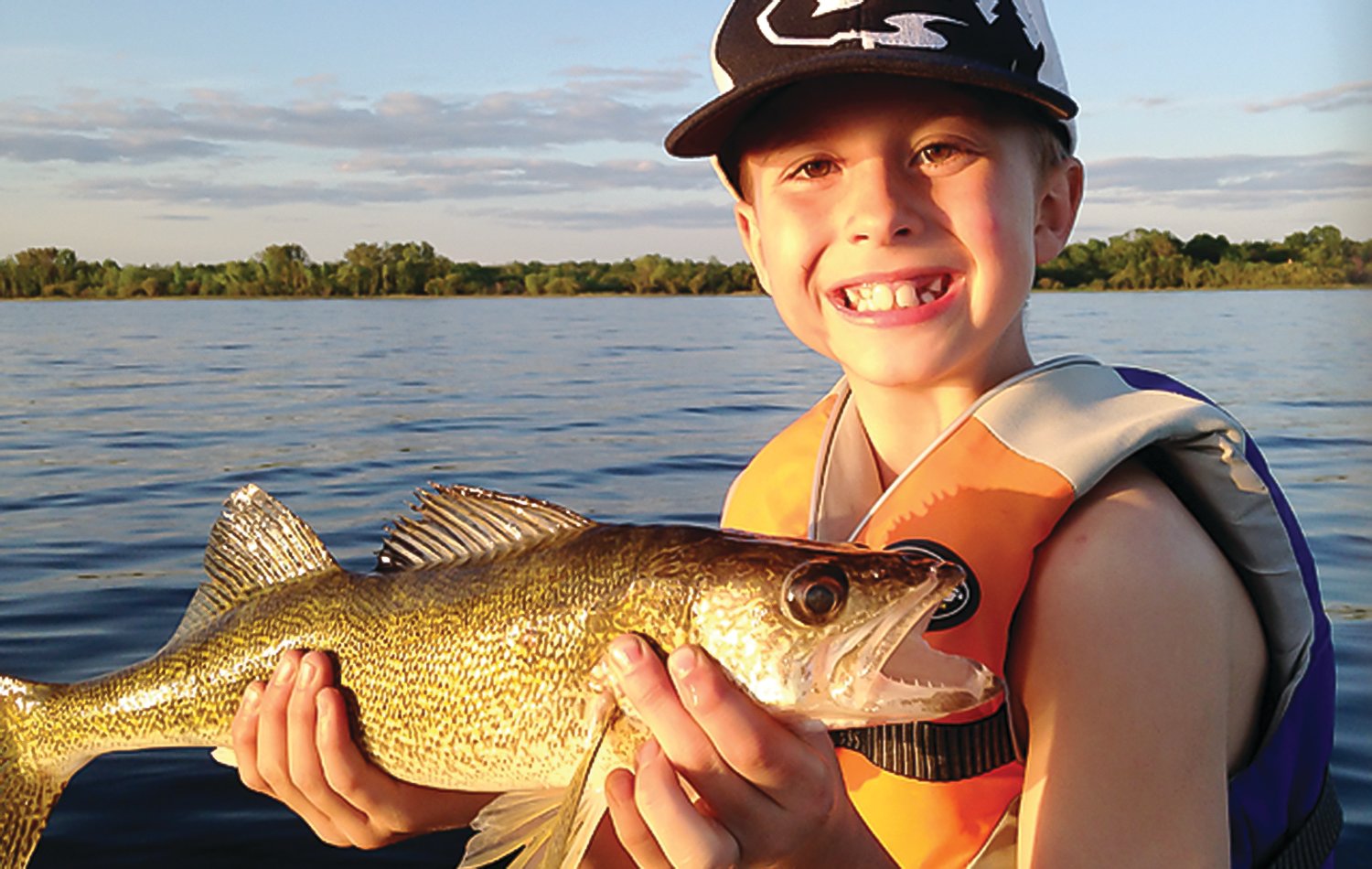 Supporters of a four-walleye statewide limit hope it will lead to more big smiles from anglers through reduced pressure on the fish resource.
Posted Wednesday, June 2, 2021 5:34 pm

REGIONAL— A bill that would lower Minnesota’s walleye limit to four remains alive in a House-Senate environmental conference committee, as lawmakers work to finalize omnibus bills ahead of an expected special session later this month.
The measure appears to have broad support in the fishing community and is not opposed by the Department of Natural Resources, which would be responsible for implementing the new four-walleye limit.
The law would require the DNR to adjust the walleye limit through adoption of a new rule, that would adopt existing limits already in place on Lake of the Woods, which limit anglers to no more than four walleye and two sauger, with only one walleye over 20 inches.
The proposed four-walleye limit would have no impact on anglers who target the state’s largest and most popular walleye lakes, such as Lake Vermilion, which have had four-fish limits in place for several years.
Supporters of the four-fish statewide limit note that the Legislature adopted the current six-walleye limit in 1956 and that conditions have changed dramatically since then. Nate Blasing, the president of the Walleye Alliance, Inc., based in the Brainerd area, noted that boats are much bigger and faster today than in 1956 and often come loaded with high-tech electronics, none of which existed for anglers in the 1950s.
Rep. Rob Ecklund, DFL-International Falls, agreed.
“The capabilities of the electronics today are just amazing,” said Ecklund. “You can tell everything that’s down there.” Such technology has given anglers a real edge, said Ecklund, who is convinced it’s impacting the walleye resource.
At the same time, supporters of the limit reduction note that the growing popularity of ice fishing is also contributing to the pressure.
Such concerns prompted Ecklund to author the new walleye limit bill in the House. While House Environment Chair Rick Hanson never took up the bill in committee, Ecklund said he didn’t push the matter because he knew the Senate version could well end up in the final bill that is expected to emerge from the conference committee next week. Ecklund said he focused his efforts on legislation to address chronic wasting disease, which continues to edge closer to his far northern Minnesota district.
Ecklund said he did face some heat over the bill from outfitters along the North Shore, but has found that most stakeholders in the resort and fishing sectors are supportive of the change. “People’s attitudes are changing,” said Ecklund. “I think the time has come.”
The closure of the Canadian border is another factor that has prompted lawmakers to look seriously at the change. “With the enormous pressure on the resource, it’s now time to be proactive,” said Sen. Carrie Ruud, R-Breezy Point, the bill’s Senate author. While the Canadian border could well reopen before the new walleye rule would take effect, Ecklund said he expects many of those anglers who opted for Minnesota trips over the past year, rather than visiting Canada, will be back. “A lot of people have found out how nice many of our big lakes are up here and what a great resort industry we have in place,” he said.
Positive feedback
Ruud said she had introduced the measure last year to start a conversation on the subject and said she’s since had multiple conversations with groups across the state.
Blasing, who has been part of that conversation, said the feedback he’s received has been overwhelmingly positive. “Neighboring states and provinces already have lower limits in place,” he noted during testimony on the Senate bill back in March. “The four-fish limit is already in place on many of the state’s largest lakes, and it has not impacted tourism. In fact, it has made it better.”
Blasing argues that fishing has become more of a social and recreational activity, and less focused on food gathering, which means anglers are more interested in catching lots of fish, than keeping them. The lower limit is intended to return more fish back to the water, making them available for other anglers in the future.
“It makes sense to me,” said Ecklund, who noted that walleye fishing at his favorite destination, Rainy Lake, has been spotty for some time.