“April was a lousy month” to state the obvious

REGIONAL— As scientists, meteorologists like to view the weather objectively. But even they have been willing to sound off on what turns out to have arguably been one of the most miserable …

“April was a lousy month” to state the obvious 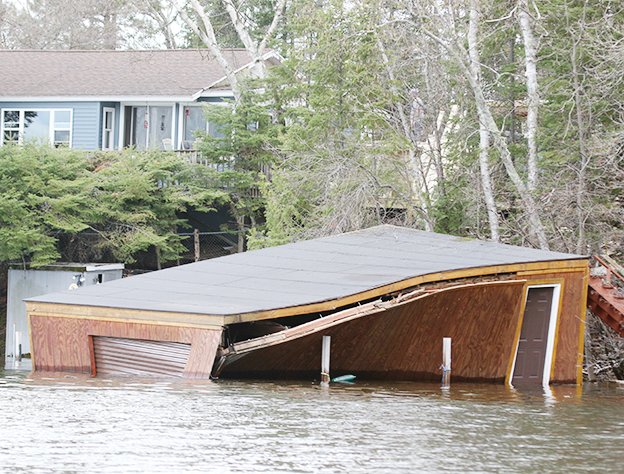 REGIONAL— As scientists, meteorologists like to view the weather objectively. But even they have been willing to sound off on what turns out to have arguably been one of the most miserable weather months in recent memory in Minnesota.
“It was a lousy month,” noted the crew at the state climatology office in a recently-issued report on April’s sorry conditions. “Climatologists usually don’t take sides in judging the character of a month because there are too many conflicts,” noted the office in their report. “But April 2022 was almost universally despised by Minnesotans.”
Among the items in April’s catalog of misery was the sheer number of storms that hit the region. “A highly active weather pattern that began during mid-March provided the state with a steady diet of precipitating weather systems during April, each lasting 1-3 days, with only 1-2 days in between. This pattern meant that half or more of the month’s days had measurable precipitation, including 19 days at Duluth and 18 at International Falls,” according to the climatology office.
All that precipitation demolished previous records, at least in far northern Minnesota. International Falls shattered its previous April precipitation record, reporting 7.61 inches, topping the previous record of 4.53 inches set in 1925. In an average April, the border city typically receives just 1.53 inches of total liquid precipitation.
Much of April’s precipitation fell as snow. The Falls reported nearly 18 inches of the white stuff during the month, while Ely and Orr both reported more than 23 inches.
While April was exceptional, it was part of an unusually active weather pattern that set in across the region shortly after the first of the year. The Falls reported 11.26 inches of total liquid precipitation from Jan. 1-April 30, which was 50 percent wetter than the first four months of any previous year on record.
All that precipitation has left water levels at near-record highs across much the region, particularly in the Rainy River basin, where the high water is posing an additional challenge to resort owners and operators, who have been unable to get docks in the water in some cases. The late ice-out and snow that lingered into May also put many resort owners behind schedule in their other preparations for the season.
Even lakes that don’t normally experience large fluctuations in water levels are dealing with high water this year. On Friday, a day ahead of the fishing opener, the docks remained up at Melgeorge’s Resort on Elephant Lake. “We can’t get docks in right now,” said Daniel Koch, at the resort. “All the abutments are well under water.”
The nearly constant parade of storms in April meant the month was exceptionally gloomy. In fact, at the University of Minnesota climate observatory in St. Paul, it was the gloomiest April since records on solar radiation have been tracked, starting way back in 1963.
It was also extraordinarily windy, further adding to April’s misery index. While most weather stations around the state don’t track wind gusts, the Twin Cities International Airport reported 24 days with at least one hourly 30 mile-per-hour wind gust. And the climatology office reported that weather stations across the state reported numerous days with wind gusts of 50 mph or more.
One thing is for sure. April 2022 is a good month to finally have in the rear view mirror.