REGIONAL—There is now one more reason to visit the Boundary Waters. The 1.1 million-acre federal wilderness area has been designated a Dark Sky Sanctuary, the first such designation within the … 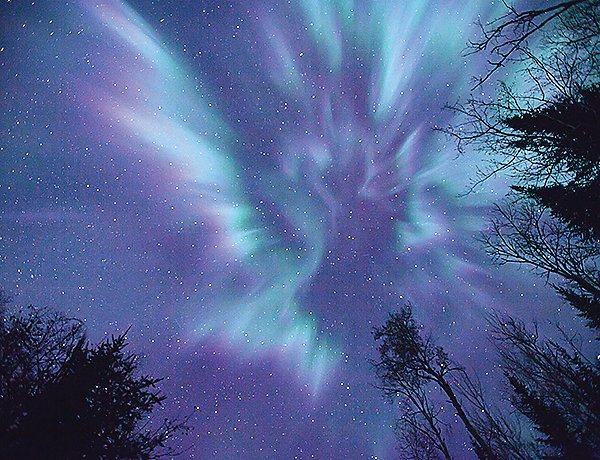 REGIONAL—There is now one more reason to visit the Boundary Waters. The 1.1 million-acre federal wilderness area has been designated a Dark Sky Sanctuary, the first such designation within the state of Minnesota.
The BWCAW is only the 13th location in the world to be officially designated for the quality of its night skies, and it is the largest site, in terms of area, designated to date. It is also the first federal wilderness area entered into the program.
The designation, announced last week, was the culmination of more than a decade of discussion. “We are excited to receive the Dark Sky Sanctuary designation for the BWCAW and are committed to preserving dark sky opportunities for future generations,” said Superior National Forest Supervisor Connie Cummins.
The International Dark Sky Association is a non-profit organization founded in 1988 with the goal of reducing light pollution and protecting night skies for the present and into the future.
A Dark Sky Sanctuary is “public or private land that has an exceptional or distinguished quality of starry nights and a nocturnal environment that is protected for its scientific, natural, or educational value, its cultural heritage and/or public enjoyment.”
Experiencing the night sky provides perspective, inspiration, and leads us to reflect on our humanity and place in the universe, according to the International Dark Sky Association. The history of scientific discovery and even human curiosity itself is indebted to the natural night sky.
This designation confirms what people in the area have enjoyed for thousands of years. Dark skies, starry nights, and astonishing northern lights displays have been part of the experience long before the area was designated wilderness, Cummins added.
“Conservation and preservation laws, policy and guidance all lead to the protection of the night skies for scientific, natural, educational, cultural, and public enjoyment values, which are all part of protecting wilderness character,” said BWCAW Program Manager Ann Schwaller.
According to a 2016 National Geographic article, 80 percent of Americans cannot view the Milky Way anymore due to light pollution. Researchers worry that humans around the globe are losing access to the scientific, philosophical, and spiritual benefits of appreciating a dark sky blanketed by stars.
For more information on preserving night skies in your own backyard, visit: https://www.darksky.org/about/