Covid another risk factor for stroke

REGIONAL— Ron Alarcon, of rural Tower, is lucky to be alive— and he knows it. Alarcon was driving to work to the Cook DNR office late last month and had just turned up Cty. Rd. 77 near …

Covid another risk factor for stroke 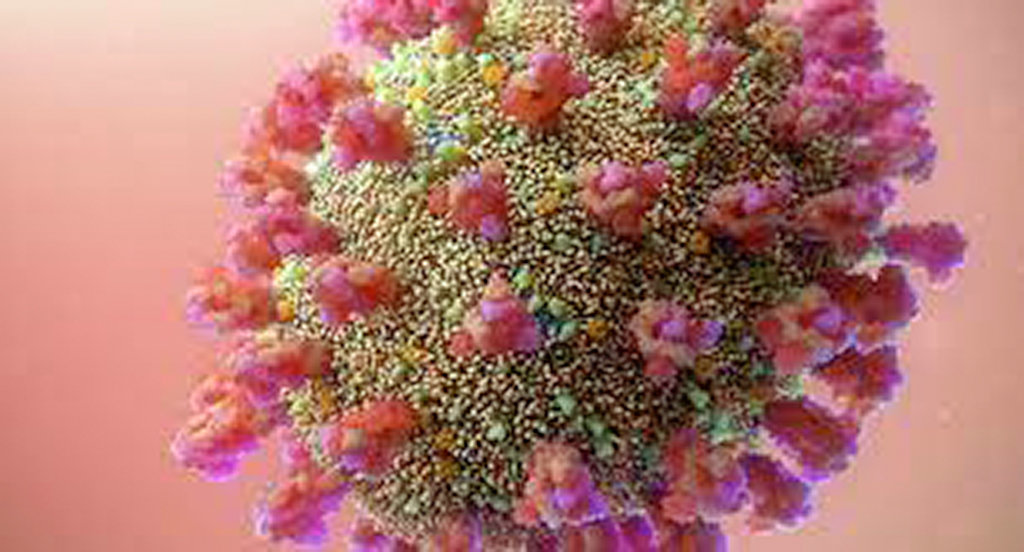 REGIONAL— Ron Alarcon, of rural Tower, is lucky to be alive— and he knows it.
Alarcon was driving to work to the Cook DNR office late last month and had just turned up Cty. Rd. 77 near the Y Store when he realized something was awry.
“My eye felt weird. I tried to rub it but I couldn’t,” he recalls.
He recalls pulling his car over, but as he did so he ended up on the wrong side of the road.
What Alarcon didn’t know at the time was he was suffering a stroke as a result of a massive blood clot that had formed in his carotid artery and it was choking off the blood to a significant portion of his brain. It was life-threatening without a doubt and a prompt response was critical to his survival.
Fortunately for Alarcon, an experienced EMT and chief of the Evergreen Fire Department was driving by at the time. He saw Alarcon’s car pulled off on the wrong side of the road and decided to stop to check on the driver. When he walked up to Alarcon’s door and peered inside, he noticed his confusion and his facial droop, frequent signs of an ongoing stroke.
He told Alarcon what he suspected and he immediately contacted 911 and got a helicopter in the air. Just two hours later, Alarcon was in the neuro intensive care unit at St. Mary’s in Duluth, undergoing a clot-busting procedure that not only saved his life but largely eliminated many of the worst side effects of his stroke.
It could have been much worse. “The surgeons said it was the biggest clot they’d ever seen,” recalls Alarcon. “But everybody did what was needed right away. The doctors told me I was very lucky.”
Alarcon, who is active and seemingly healthy, didn’t appear like a candidate for a stroke. But he had a risk factor that doctors have only recently begun to connect to stroke and other medical conditions caused by blood clots. He had tested positive for COVID-19 just three weeks earlier.
The complexity of the COVID-19 virus and the many different ways in which humans respond to it has proven to be remarkable. For some, the symptoms of infection are mild, to others life-threatening. The medical profession is now well aware that some COVID patients develop abnormal blood clotting. “In some people with COVID-19, we’re seeing a massive inflammatory response, the cytokine storm that raises clotting factors in the blood,” says Dr. Panagis Galiatsatos, a doctor in critical care medicine at John Hopkins University.
While doctors didn’t make a connection between Alarcon’s stroke and his just-prior brush with COVID, he said they did make note of the unusually thick, almost gel-like consistency of the blood that clotted in the main artery to his brain.
In other recent local stroke victims, doctors did make the connection to COVID-19. When Pat Helmberger, of Tower, suffered a stroke in June, she had been positive for COVID for more than ten days. According to Helmberger, the neurologist who treated both her and Alarcon, Dr. Vikram Jadhav, with Essentia in Duluth, told her that her stroke, the result of a blood clot, was almost certainly connected to her COVID infection.

Inflammatory response at play
The link between COVID, or SARS-CoV-2 as it’s known to physicians, and blood clotting, including strokes, is not a surprise, according to Dr. Nicholas Lehnertz, a medical specialist in Infectious Disease Epidemiology, Prevention and Control at the Minnesota Department of Health.
“When you’re infected with pretty much anything, including SARS-CoV-2, you have this process in your body where it notes a foreign sort of entity in your body, and it sort of starts this inflammatory process. That’s what causes our pains and our fevers and all that kind of stuff. Part of the inflammatory process results in this hypercoagulable state, this increased ability of the body to form clots. It’s just part of the mechanism.”
But Lehnertz said that there’s a second factor at work as well.
“With SARS-CoV-2, it actually can attach to certain cells in the body. It can attach to our cells in our lungs, but it can also attach to the inside of our blood vessels. That can start a sort of hypercoagulable state right there, and so you get inflammatory markers coming in and then you get platelets coming in and they all sort of bind together, so they can form a clot.”
While it’s generally agreed that COVID-19 patients have an increased risk of having a stroke, pinning down the amount of increased risk has been more of a challenge, Lehnertz said.
“Based on what I’ve read, the incidence of ischemic stroke, the most common kind where it blocks the blood flow to your body, particularly the brain, it generally ranged from about 2.4 to 2.7 percent,” he said.
Interpreting the research to determine increased risk requires knowing what baseline level researchers are comparing their findings to, Lehnertz explained. In one study that looked at thousands of hospitalized patients, Lehnertz said that strokes occurred in one percent of the patients who didn’t have COVID, and in 1.3 percent of patients who had COVID. Described another way, if the two groups each had 1,000 patients, 10 of the non-infected patients would have had a stroke, compared to 13 in the group with COVID infections.
“That’s a 30-percent increased risk, but it went from 1.0 to 1.3 percent,” he said. “It’s hard to say what exactly the risk of stroke is. It all depends on the baseline number.”
Another challenge is that underlying health factors associated with strokes are similar to those associated with increased risk of severe COVID.
“There’s a strong overlap – hypertension, type-2 diabetes, heart failure, hyperlipidemia, smoking and obesity,” he said. “These are all risk factors for severe COVID disease which you’re going to end up in the hospital with anyway. Was it COVID that caused your stroke, or was it these other factors along with your infection that caused your stroke? It’s hard to get a clear picture of what is the actual increased risk with COVID.”
Another wrinkle with COVID is that there appears to be a slightly elevated risk of stroke in younger people. A review of the National Stroke Registry found that the average age of COVID patients presenting with a stroke was 68, compared to 71 for those without COVID. But again, it’s difficult to put a number to what that increased risk actually is, Lehrentz said.
Lehrentz noted that there was a particular case series reported early in the pandemic of a few individuals with COVID who experienced strokes who were less than 50 years old and had low stroke risk factors.
“They had large vessel occlusion. These are big vessels that were just completely clotted out,” Lehrentz said. “It was written up because it is an odd presentation. It is a rare occurrence.” It’s the kind of rare event that sent Alarcon to the hospital.
Little research is yet available to determine if long COVID carries an increased risk of stroke, Lehrentz said, but extended inflammatory response and possible damage to the lining of blood vessels are factors that need to be studied in long COVID patients. In the short term, the risk of stroke is greatest during the acute phase of an infection, with risk declining over time.
“There have been examples of individuals after their COVID during a convalescent period when you’re not acutely infected anymore, maybe in the two weeks to a couple of months afterwards, where there is some evidence that there continues to be an increased risk for stroke during that time,” he said.
There are things people can do right now to decrease both the risks for COVID and an associated stroke.
“If you are a current smoker, stop smoking. If you have hypertension, get it under control. That way it decreases your risk overall,” Lehrentz said. “Secondly, get vaccinated. It’s not even a question. They’re incredibly effective, incredibly safe vaccines, and it will help prevent severe disease, and preventing severe disease prevents that state that’s going to put you at risk for stroke.”
Lehrentz also emphasized that the slightest sign of a stroke is a reason to call your doctor immediately.
“If you feel a slight slurring of your words, a little bit of weakness in your left arm, somebody notices a facial droop, even if it’s temporary, like a transient ischemic attack, go and get evaluated, because early treatment is imperative when it comes to stroke. Some of the early mortality that we saw with stroke was secondary to the fact that people didn’t want to go to the hospital during COVID, because they were afraid of going.”
Lehrentz said that the elevated risk of stroke isn’t something unique to COVID-19, either.
He said there’s also an increased risk of stroke that has been reported for hospitalization with things like the flu or with respiratory and urinary tract infections. “Sometimes we become hyperfocused on SARS-CoV-2, that’s it’s so unique because its’ a pandemic. But there are other bacterial and viral etiologies that also we have associated with increased risk of stroke. We’ve seen this with other infections as well.”