Most areas to offer a small number of antlerless tags, but many remain bucks only

Most areas to offer a small number of antlerless tags, but many remain bucks only 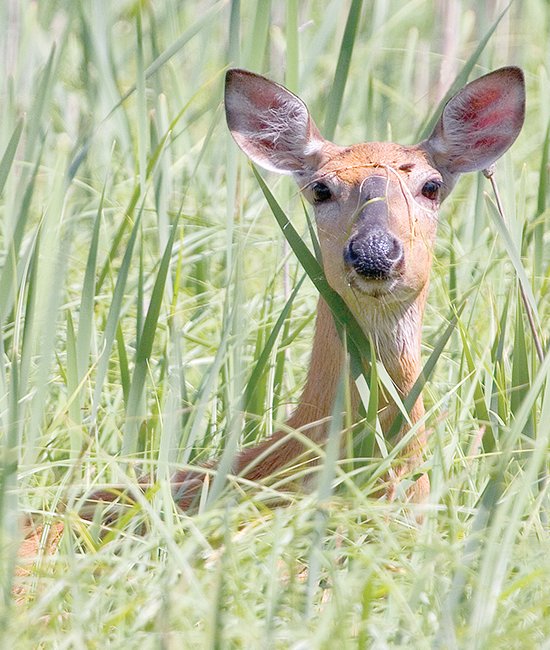 A doe won’t be a legal target for most deer hunters in northeastern Minnesota this fall.
file photo
Posted Wednesday, August 25, 2021 5:28 pm

REGIONAL— Last year’s exceptionally mild winter isn’t translating into more generous bag limits for deer hunters this fall, at least here in northeastern Minnesota.
Indeed, hunters in most areas will be limited to bucks only again, although several local permit areas, including 107, 109, 176, 177, and 178 will each be offering a limited number of antlerless tags through the lottery.
The Department of Natural Resources will issue 600 antlerless tags in Permit Area 177, which is the largest number offered in any permit area in the region. That area includes farm country west of Cook as well as the shoreline of Lake Vermilion, both of which tend to hold the largest concentrations of whitetail deer in northern St. Louis County. Up near the border, PA 107, located in far northwestern St. Louis and eastern Koochiching counties will offer 500 tags. PA 178, in central St. Louis County, will have 400 antlerless tags available, while PA 176, just to the north, will offer 150. PA 109 will offer just 25 antlerless tags. Such relatively low numbers of antlerless tags mean that most hunters in these permit areas will be limited to bucks only.
Meanwhile, hunters in PA 119, in northeastern St. Louis County, and in PA 118 and 130, will be limited to bucks only this year, without any opportunity to take part in the lottery.
Hunters who hope to win an antlerless tag this year will need to buy their license by Thursday, Sept. 9 to be automatically entered in the lottery.
The relatively conservative bag limits reflect the impact of a several recent moderate-to-severe winters, which have reduced deer winter survival in the region. At the same time, the DNR has increased its deer population goals throughout the area, and with most permit areas considered under goal, in some cases substantially, the opportunity to boost harvest is limited.
Tower Area DNR Wildlife Manager Tom Rusch said changes in the forest, particularly the loss of mature winter cover, are contributing to limited winter survival.
“We can no longer carry the deer that we once did,” said Rusch, adding that lack of good winter cover on public lands, as a result of shorter forest rotations on state lands, is making deer more vulnerable to winter conditions as well as predators. While deer regularly utilize freshly-cut forests, taking advantage of fresh growth, Rusch notes that those bursts of nutritious browse only last a few years. Once the growing tips of young aspen and other trees get beyond the reach of deer, such forests have little to offer until they’ve reached maturity and beyond and begin to provide better winter cover. “The pole-sized forests like we have so much of now, don’t provide habitat for deer,” Rusch said. “There’s no food and there’s not enough large trees to provide the cover they need.”
If the region returns to the trend toward milder winters it experienced in the 2000s and 2010s, Rusch said whitetails might be able to survive winter weather and resist predators even in marginal habitat. For now, he said, “We’re still struggling to get out of our population sink.”