It will be bucks only for hunters in many areas, limited antlerless permits elsewhere

REGIONAL— Deer hunters in much of northeastern Minnesota will need to look for antlers when they take to the woods this fall. That’s because the Department of Natural Resources has …

It will be bucks only for hunters in many areas, limited antlerless permits elsewhere 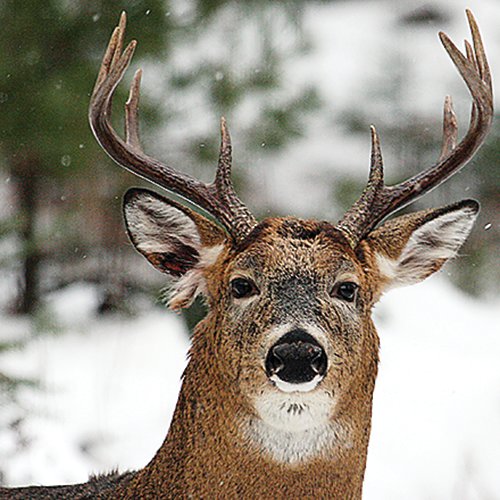 REGIONAL— Deer hunters in much of northeastern Minnesota will need to look for antlers when they take to the woods this fall. That’s because the Department of Natural Resources has trimmed the number of antlerless permits in several deer permit areas while designating four others in the area as “bucks-only.”
The stricter limits this fall are in response to back-to-back tough winters, according to DNR wildlife managers.
The new bag rules will apply for both archery and firearms hunters. The archery deer season gets underway on Sept. 19, while the regular firearms season runs from Nov. 7- Nov. 22 in northeastern Minnesota.
Most of the hunters who take part in the hunt in northeastern Minnesota will be limited to a buck. That’s because four of the permit areas, including 119, 118, 130, and 132 are designated as bucks only. Four other permit areas, which include the bulk of St. Louis County, will be limited to the permit lottery. Permit area 177, which encompasses Lake Vermilion and farm country west of Cook, will offer 600 antlerless permits. The permit area was designated “hunter’s choice” in 2019, although hunters registered just 547 antlerless deer out of a total harvest of 1,135. One out of four hunters in the permit area registered a deer last year.
Meanwhile, a total of 300 antlerless permits will be issued for PA 176, which was designated hunter’s choice last year. Hunters there registered a total of just 200 antlerless deer in the permit area in 2019, out of 995 total registrations. Only 17 percent of hunters reported harvesting a deer in the permit area last year.
In other areas, the DNR will issue 400 antlerless permits in PA 178, while just 50 will be issued in PA 131.
PA 117, which encompasses the Boundary Waters Canoe Area Wilderness, will be the only permit area in the region designated as hunter’s choice. Relatively few deer reside in the BWCAW and the permit area only attracts a small number of hunters who are seeking a challenging experience.