DULUTH– Area runners made an impression at last week’s sectional competition at Duluth’s Lester Park Golf Course, and they’ll have a chance to do it again as they head to the … 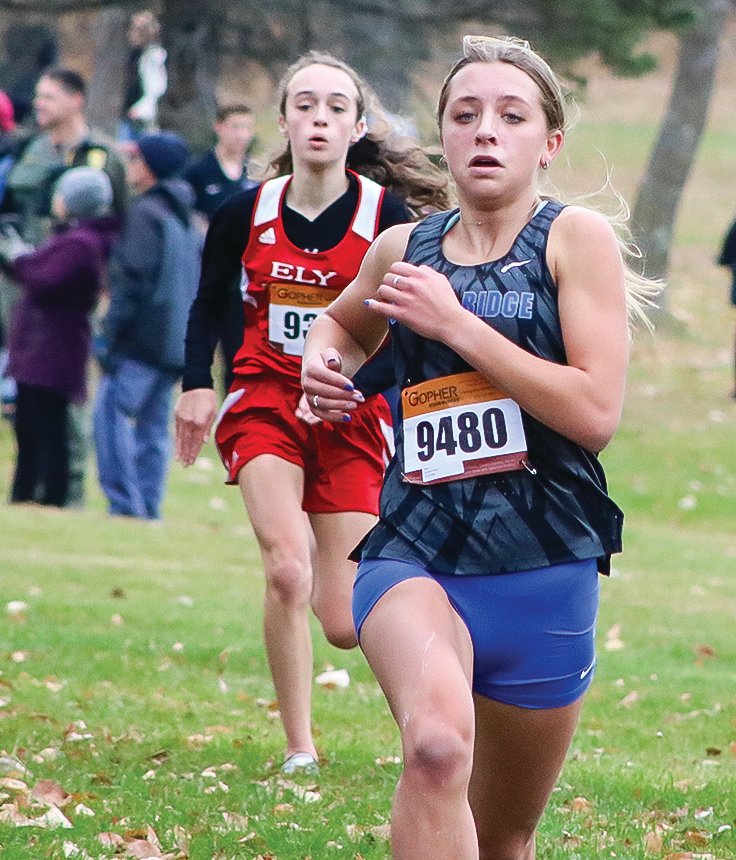 Evelyn Brodeen of North Woods, running for South Ridge, comes into the finish just ahead of Ely’s Molly Brophy. Brodeen and Brophy finished first and second in the Section 7A finals last Thursday to qualify for the state meet.
photos courtesy J. Peterson Pine Knot News 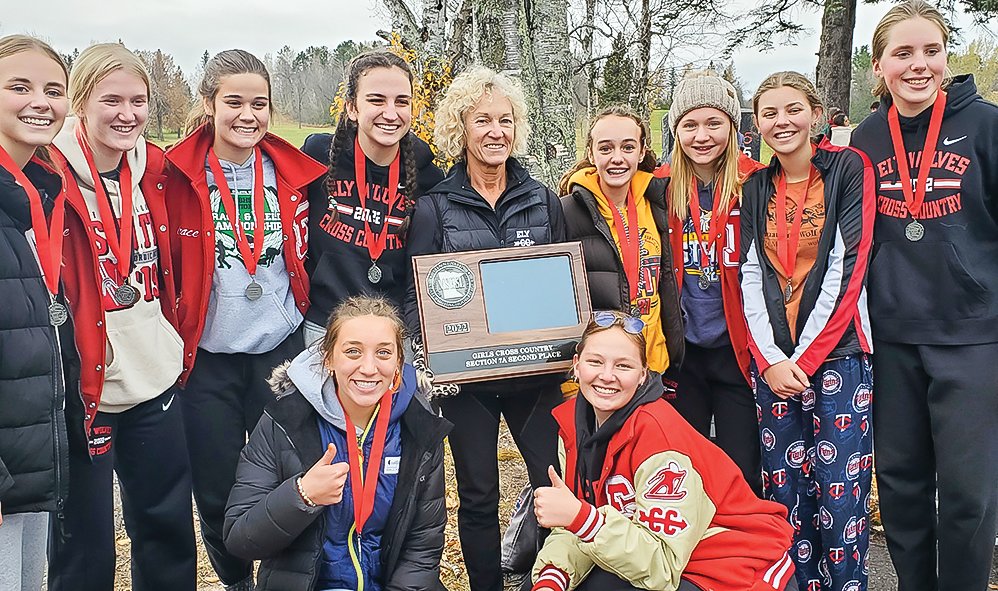 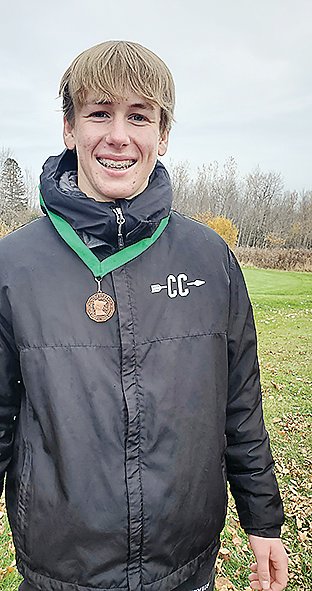 DULUTH– Area runners made an impression at last week’s sectional competition at Duluth’s Lester Park Golf Course, and they’ll have a chance to do it again as they head to the state cross country meet set for Nov. 5 in Northfield. Runners from Ely and North Woods qualified for the state meet on a nearly perfect day for running last Thursday, with cool and dry conditions and light winds.
A solid effort by the Ely girls team qualified them for the bus ride to St. Olaf with a second-place finish just one point behind section leading Carlton. A second-place overall finish by eighth-grader Molly Brophy, with a personal record time of 19:45, helped Ely’s cause. But she had plenty of help from senior Zoe Devine, who placed eighth with a time of 20:31 and Claire Blauch finished in 13th, with a time of 21:18.
Meanwhile, North Woods junior Evelyn Brodeen (see related story), who runs with the combined South Ridge team, notched her own personal best in the 5K race, as she topped the entire girls’ field to win the Section 7A championship with a time of 19:42, just three seconds ahead of Ely’s Brophy. Brodeen’s win obviously qualifies her for a trip to state, but she’ll go it alone as her team narrowly failed to qualify.
On the boys’ side, North Woods sophomore Alex Burckhardt earned a second trip to state with a second-place finish, clocking in at 17:13. Ely’s Caid Chittum finished fifth and qualified for the state meet with a time of 17:25.
For longtime Ely Head Coach Jayne Dusich, it was just another successful season— one of many— but that didn’t dim her enthusiasm. “Well, it’s always exciting when an individual makes it to state, but even more so when a team makes it,” said Dusich. “The girls are so excited. This will be senior Phoebe’s last race and Zoe’s third and last state meet. They didn’t have a state meet in 2020, which she (Zoe) would have made it, and this is Molly’s second state meet.”
Dusich took home an honor of her own as she was named Section 7A Coach of the Year, an honor that’s voted on by fellow coaches at the section meet. Dusich has coached countless runners to individual state meet appearances and brought Ely’s girls teams to state in 2003, 2004, 2006, 2015, 2016 and the boys teams in 2015, 2016, and 2019.
“Working with Jayne has been a highlight of the season,” said Sarah Spate, assistant coach under Dusich. “Her 27 years of experience cannot be matched. I’ve learned a lot from her about what it takes to develop and maintain a successful team, and I look forward to continuing on with her next season.”
Dusich is optimistic looking ahead to Saturday’s state meet. “Zoe and Molly know the course which helps, and it helps when the whole team goes out in the start.” Spate also likes the Ely girls’ chances at the big race, “I’m looking forward to State, it’s exciting to have the girls’ varsity competing as a team, and we have some individuals who we expect to do really well.”