Roseau tops the field at 4-0

Roseau tops the field at 4-0 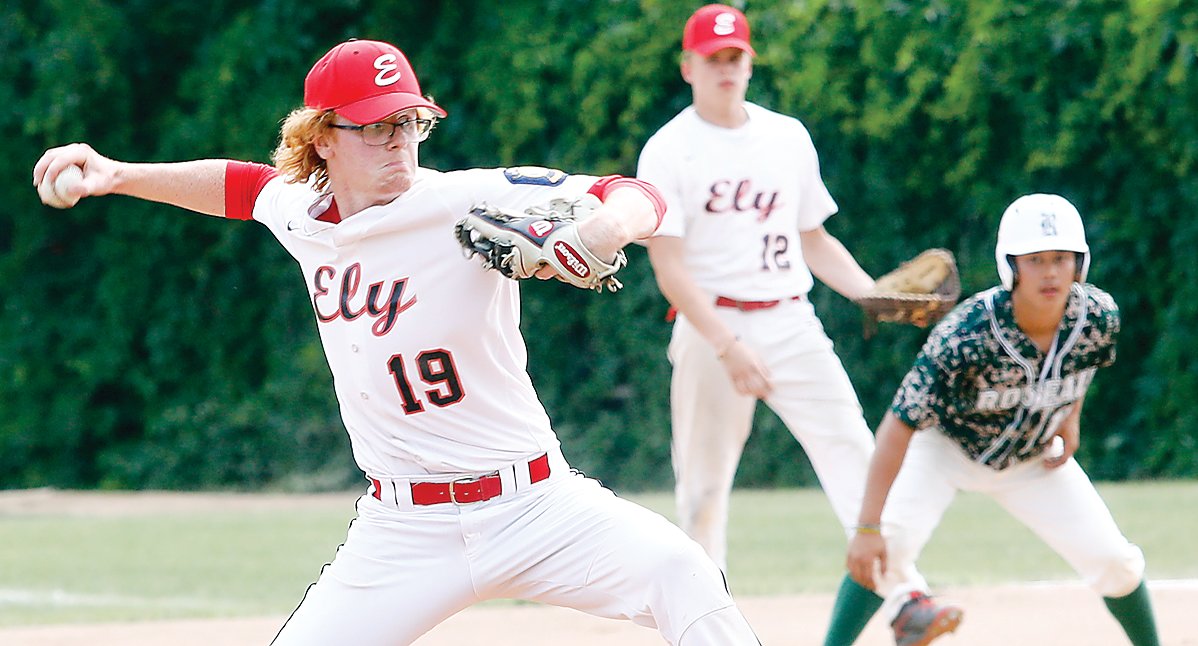 ELY – With a perfect 4-0 record, Roseau won the 20th annual American Legion Sir G’s Midsummer Classic baseball tournament here last weekend. They beat Virginia 3-2 for the title in Sunday’s championship game.
Ely went 2-2 in the ten-team field that also included teams from Wadena, St. Paul Highland Park, Hermantown, Cloquet, Taconite, Proctor, and International Falls,
In Ely’s opening game Friday night, St. Paul Highland Park gave the home team a 14-12 loss. “We led 12-5 after six innings but gave up nine runs in the top of the seventh,” said Coach Tom Coombe.
Mason Davis went four-for-four at the plate with two runs scored, Dalton Schreffler added three hits and three RBIs.  Harry Simons had two hits and Chris Chaulkin scored twice. “Will Davies got the pitching loss in relief of Bryce Longwell,” he added.
The eventual tourney champ beat Ely, 13-3, on Saturday afternoon.
“Roseau remained undefeated for the (American Legion) season, scoring six runs in the first against Ely,” Coombe said. Ely got two hits from Davies, and Chaulklin hit a two-run double in that game.
In the late game Saturday, Ely scored 11 runs in the fifth and sixth innings to rally for a 14-6 win over Cloquet.
“Chaulklin had a run-scoring single in the fifth and a three-run triple in the sixth,” Coombe said. “Davies scored three runs and (Zach) Cheney scored twice and we took advantage of 12 walks issued by Cloquet pitchers. Harry Simons went five innings on the mound to get the win and Cheney tossed a scoreless sixth, striking out the side.”
Ely came back Sunday afternoon and pounded International Falls, 9-1, for their second win of the tournament. Schreffler went three innings on the mound and Cheney went four.
“They combined to hold I-Falls to three hits with nine strikeouts, including five by Cheney,” Coombe said. Schreffler had a run-scoring double and finished with two RBI.  Joey Bianco had two hits and Davies was two-for-three with two runs scored and a run batted in.
Ely is now 10-8 on the season. They were scheduled to play Barnum on Wednesday and Taconite on Thursday this week.
Ely will host the first two rounds of the Eighth District Division II playoffs over the July 17-18 weekend, with teams moving on from there to the Sub-State Tournament at Marble July 21, 23-25.
Ely’s seed and Saturday game time were determined on Thursday, after the Timberjay’s deadline.