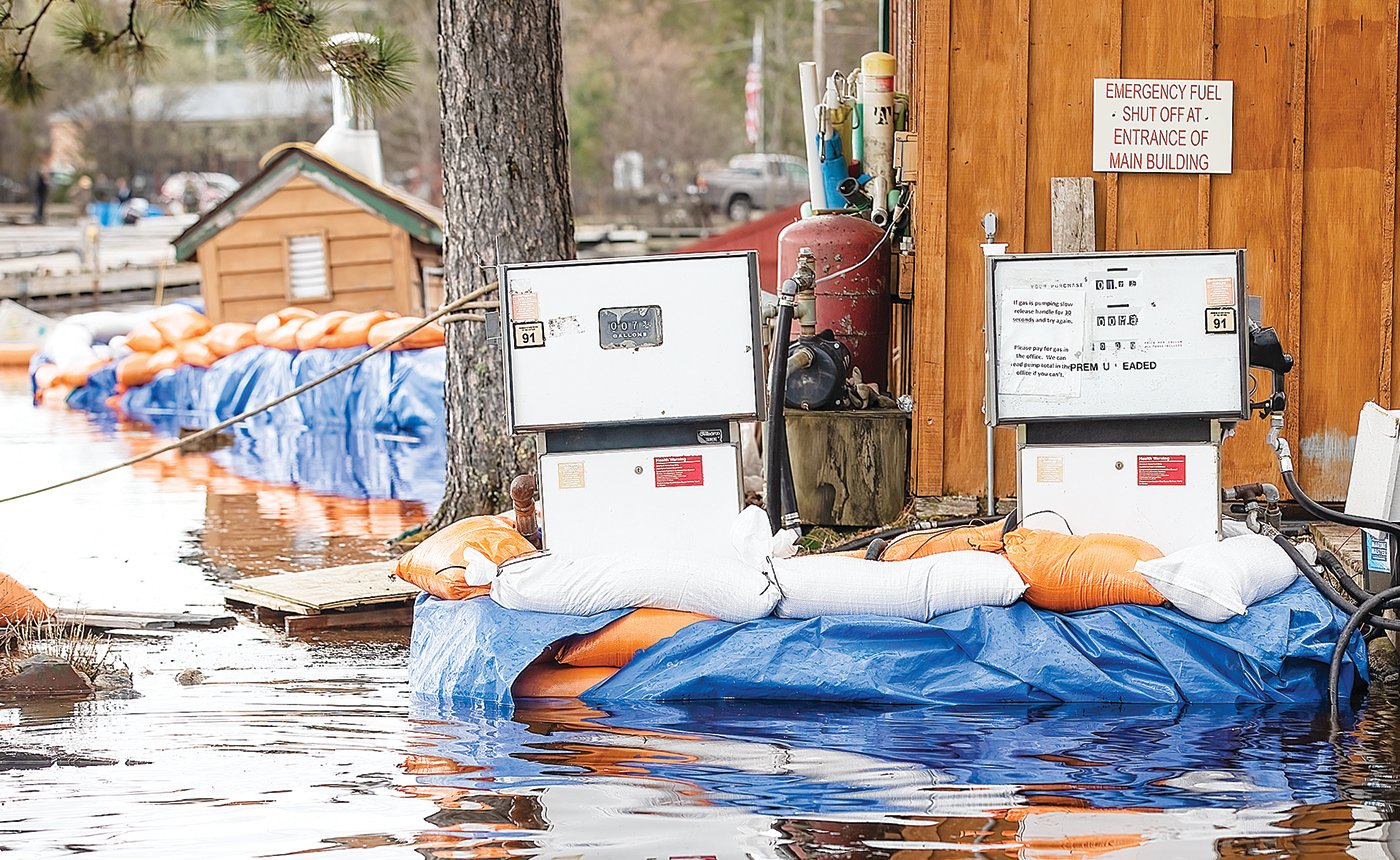 A wall of tarps and sandbags protects outbuildings and gas pumps at Voyagaire Lodge from Crane Lake’s rising waters on Saturday.
D. Colburn 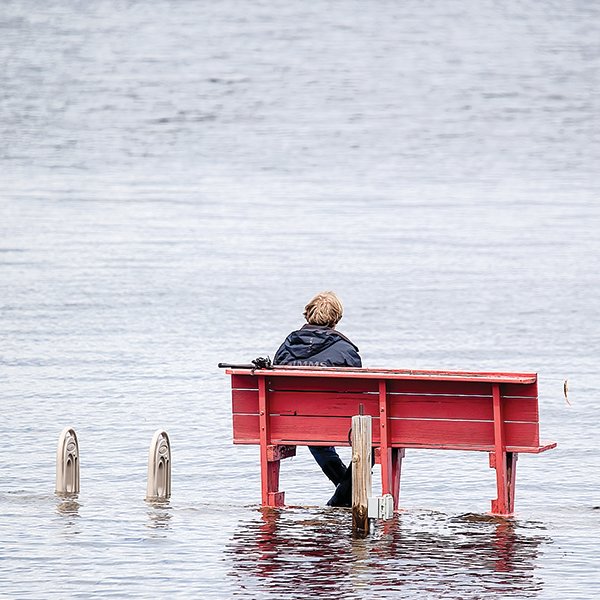 A solitary fisherman gazes out on Lake Kabetogama from a bench on a submerged boat dock on Saturday. The dock is normally two to three feet above lake level.
D. Colburn 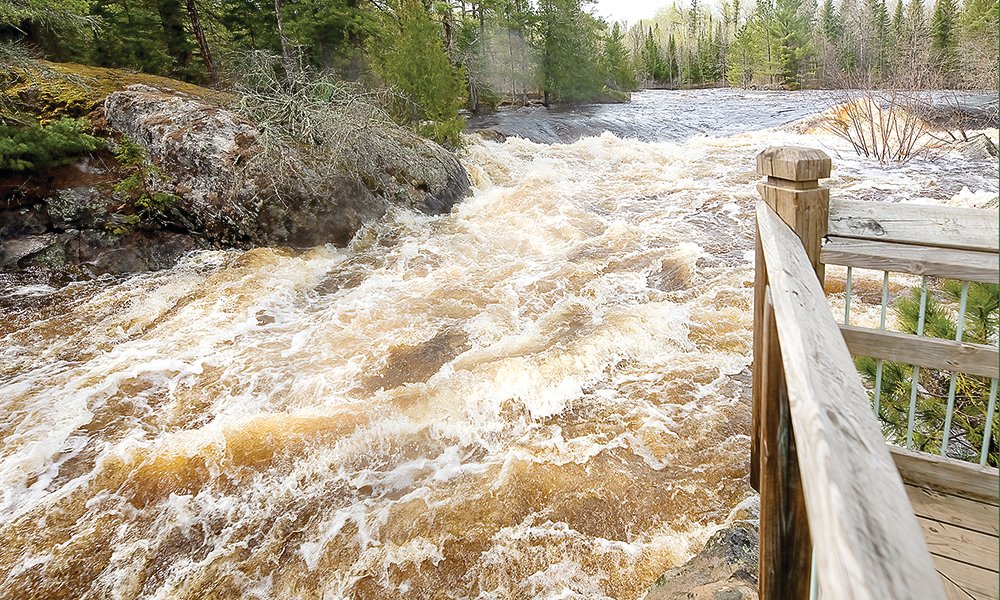 The falls on the Vermilion River into Crane Lake is roaring past the observation deck this week.
D. Colburn
Previous Next
Posted Wednesday, May 18, 2022 9:30 pm