From Miss to Mrs., Betterley adds a new pageant crown

COOK- There are a lot of words one could use to describe North Woods art teacher Rachel Betterley – vivacious, caring, passionate, empathetic, and committed, to cite just a few. Yet, if asked …

From Miss to Mrs., Betterley adds a new pageant crown 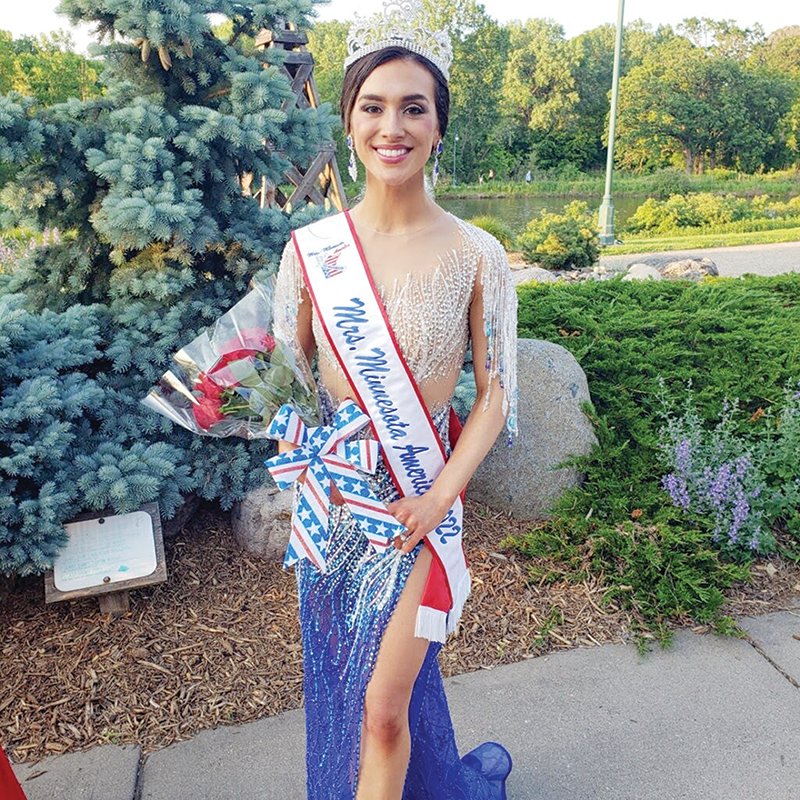 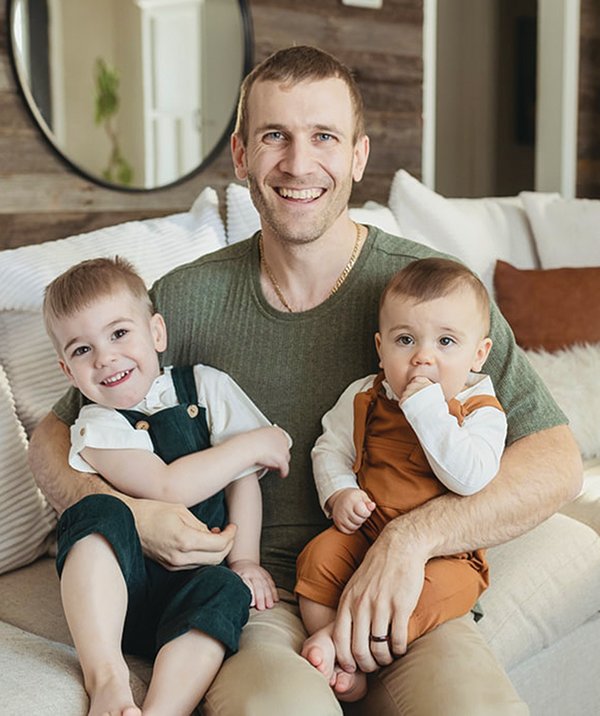 COOK- There are a lot of words one could use to describe North Woods art teacher Rachel Betterley – vivacious, caring, passionate, empathetic, and committed, to cite just a few. Yet, if asked to pick just one for herself, Betterley would likely choose the one she aspires to in everything she does: authentic.
Being true to who she was as a young single woman seven years ago named Rachel Latuff led to winning the Miss Minnesota pageant, something that opened doors for Betterley well beyond being a Miss America contestant. During this time, she served as the state ambassador for Children’s Miracle Network Hospitals and underwent a one-year anti-bullying awareness campaign that reached over 10,000 youth across the state of Minnesota. She appeared on numerous television shows, became a brand ambassador for Zandolee Media, and used all of those experiences to grow as a teacher.
But time brings with it change, and shortly after her reign as Miss Minnesota ended, Rachel Latuff became Rachel Betterley, the wife of Brad, who founded and runs BRB Services, a handyman and construction business in the northland. In the ensuing years the Betterleys became parents to Ryland and Nash, now three and one, respectively.
As a wife, mother, teacher, and passionate advocate for the arts, Betterley recently began thinking about doing something that would celebrate those roles while also serving as a form of individual affirmation, and for that she turned to something uniquely authentic to her, the world of pageantry.
Last weekend, Betterley competed in and won the Mrs. Minnesota contest.
“I’m kind of a firm believer in trying to push yourself in new ways in order to grow as a person, as a teacher, as a public figure, and one of the ways that I thought I could do that best was by competing in the Mrs. division in pageantry,” Betterley said. “I have my best sense of self right now as a mother and a wife, as a teacher, and I feel a lot more confident going into the national competition being able to fully represent who I am. It’s like a personal journey, I think.”
Betterley described the appeal the competition has for her.
“What’s nice about the Mrs. division is that it’s family centered,” she said. “They know you have a husband, and they want him to be involved in supporting you, they want him on stage walking you down the aisle. They know you might have kids. They accept families and they want you to feel that you can bring them all along for the ride while also honoring the role of the married woman. In the Miss division it’s not like that at all, it’s very individualized. This is a different avenue for pageantry that is very refreshing.”
“I really like the idea of married women being represented,” Betterley continued, “because they wear so many different hats. They’re a mom, wife, they’re a partner, they have a career, they’re doing so much more, while also taking the time to compete and be community service leaders. That, to me, elevates it so much more, and if you can find a way to balance all that, that to me is like the crème de la crème of women that I admire.”
The competition in Eagan was different in several respects from Betterley’s experience in the Miss division. For starters, it was conducted on only one day. The field of entrants was certainly smaller, only seven. And while an extensive interview was followed by traditional pageant competitions in evening gown, swimsuit, and on-stage speaking, one was noticeably absent – talent. Betterley didn’t have to reboot her ribbon dancing routine from her Miss division days, and while she’d have been fine to have the talent segment included, she was also fine without it.
“It was different because I was taking out one form of expression,” Betterley said. “But in a way it was a little bit easier because I didn’t have any fear of wrapping my 18-foot-long ribbon around my feet.”
Betterley discovered that the directors were looking for title holders with fresh perspectives to bring to the table, and that was something that played to her strengths.
“I was like, boom, I’m your girl, this is my forte,” she said. With a master’s degree from Boston University in fine arts and ten years of teaching fueling her creativity, and with a natural knack for marketing as well, Betterley sees this as a golden opportunity to grow the Mrs. division brand and find new ways to connect a wide array of women with the pageant and its affirmation of married women.
“I so look forward to working with them to help them think about stuff like this,” she said.
And yet, it’s something she can work in along with all of the other thing she does.
“What’s nice about Mrs. Minnesota is that can be whatever you want it to be,” Betterley said. “This isn’t like a job where I have to move back to the cities and do an appearance every other day. This is your title and it’s what you want to make of it. A personal goal is to set myself up for a great national experience, because I want to push myself. And it’s important for me to be a voice for the arts, always. And I think it’s important for women to feel empowered, to have those times and experiences for themselves for their own mental well-being. Whatever that avenue is, they should pursue it.”
Betterley’s next stop will be the Westgate Las Vegas Resort, using the same stage where Elvis Presley once performed, where she will compete against women from across the country for the title of Mrs. America. That event is scheduled for mid-August.