Above average brood reports should mean good hunting in the northeast

REGIONAL— The explosive flush of the ruffed grouse will be on the minds of hunters starting this Saturday as the 2022 season gets underway. Ruffed grouse are among the most popular game birds …

Above average brood reports should mean good hunting in the northeast 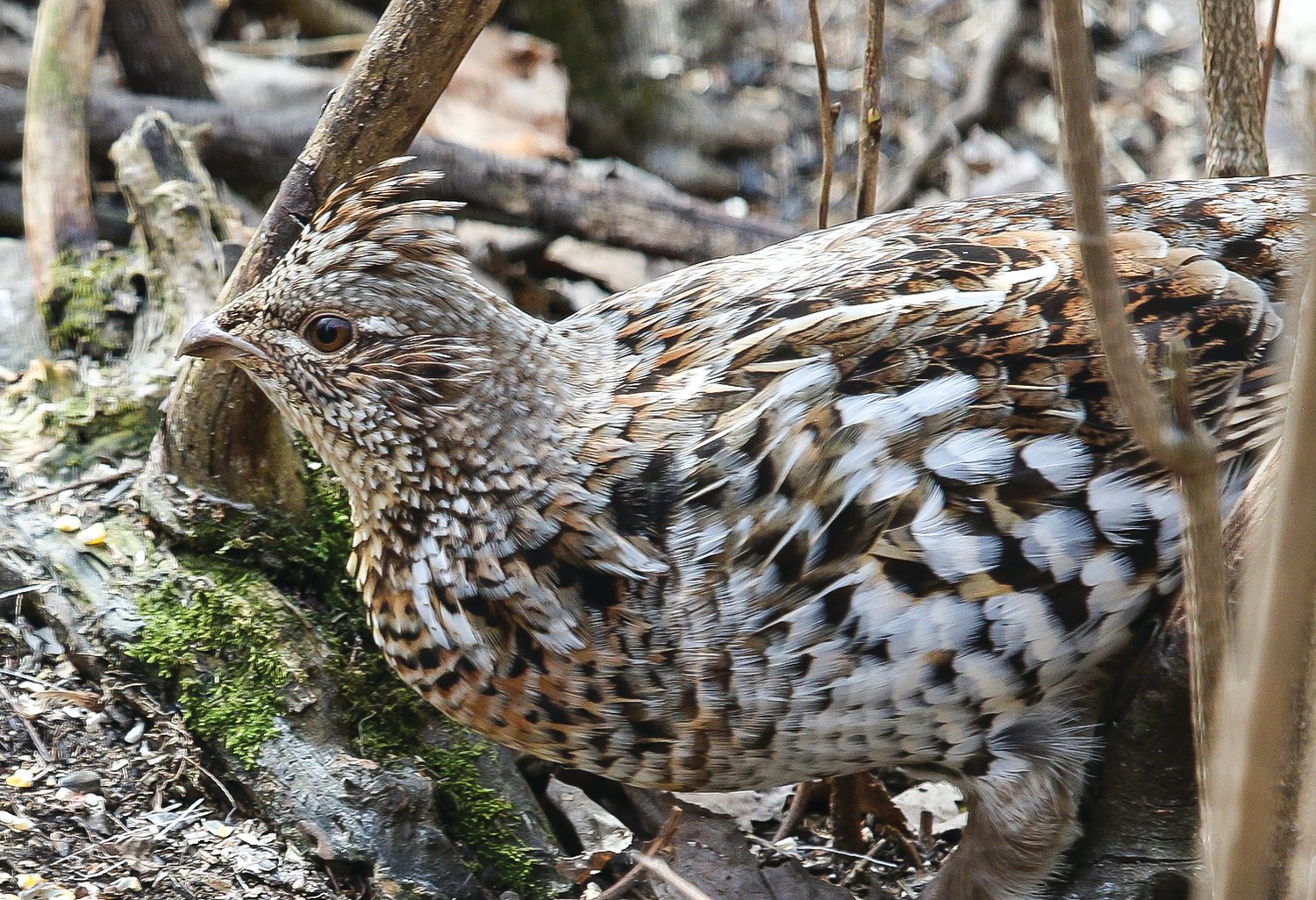 Grouse numbers should be above expectations as high spring drumming counts combined with what appears to have been good breeding success in the northeast, should yield plenty of action for grouse hunters. The season gets 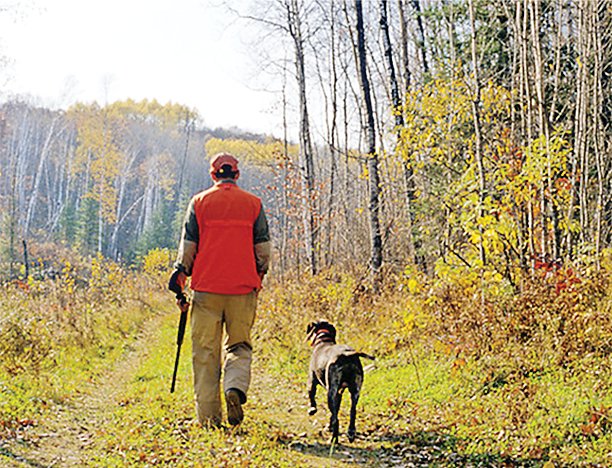 A perfect scene... a hunter, his most loyal partner, and excellent October grouse habitat. 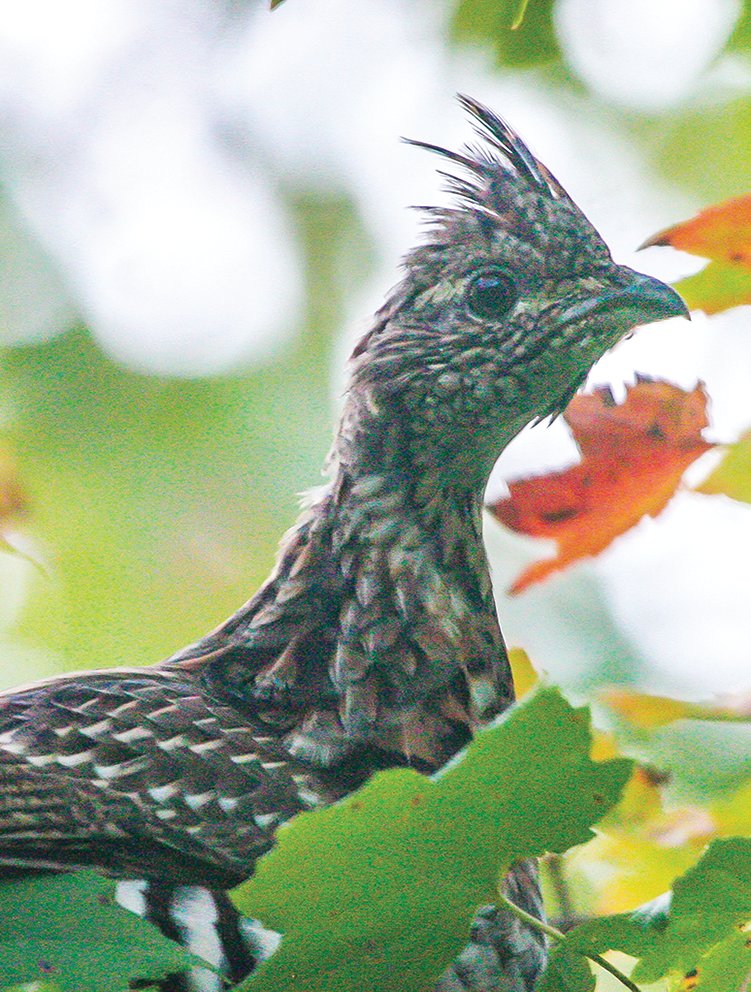 REGIONAL— The explosive flush of the ruffed grouse will be on the minds of hunters starting this Saturday as the 2022 season gets underway. Ruffed grouse are among the most popular game birds in the country and Minnesota sports the highest population of these birds found anywhere— and this year could well be better-than-expected.
While northern Minnesota was supposed to be experiencing a down year in the usual ten-year ruffed grouse cycle, the annual spring drumming surveys showed an unexpected increase. While DNR biologists note that high drumming counts don’t always translate into plentiful flushes during the fall hunt, they do suggest the potential for higher bird numbers depending on the breeding season.
While much of the summer was wet, which isn’t helpful for the survival of young grouse, the month of June, which is the most critical for chick survival, was much drier and warmer than average, at least in northeastern Minnesota, which appears to have boosted breeding success.
“We’re seeing a good number of broods out there, especially in the northeast,” said Charlotte Roy, the DNR’s grouse biologist who is based in Grand Rapids.
Roy noted that spring drumming counts used to be a good predictor of fall hunting success, but not anymore. What’s changed remains unclear. Roy said it could be due to any of a number of factors, including climate change, West Nile virus, or an increase in predation.
In order to improve the DNR’s ability to forecast grouse numbers, Roy is using brood reports from a wide variety of cooperators who spend time in the summer woods. That includes DNR and Forest Service staff as well as tribal officials.
Roy said this new survey method is still in the exploratory phase so she can’t guarantee that the reports they’re getting from the field will translate to plentiful flushes for hunters this season, but she said the brood reports she’s getting from the northeast are certainly promising.
Tower Area DNR Wildlife Manager Jessica Holmes concurred. “Brood observations have been above average,” she said.
Hunters may find a larger number of relatively small birds this fall. According to Roy, the peak reporting of active broods came in early-to-mid July this year, as opposed to late June in a typical year. She notes that the late spring set most things back in the region by at least a couple weeks, which means the young of the year are likely to be a bit smaller than usual in the early season.
Holmes said that’s consistent with her own recent observations in the field. She said she plans to wait until October to start grouse hunting herself to give the young birds a bit more time to grow.
Roy suspects the young grouse could well disperse from their family coveys a bit later this year as well. Coveys usually start breaking up in mid-to-late September, but she expects that might well be pushed back to early October this year. That’s typically the peak of the grouse season in northeastern Minnesota, as the leaves are traditionally on the ground by the middle of the month.
Hunter walking trails
Holmes said the DNR’s hunter walking trails in far northern parts of the county, such as near Crane, Echo, and Pelican lakes, as well as along Hwy. 115, have all been mowed in time for the season opener. Trails in the central part of the county may not be mowed ahead of the opener, however, due to mechanical issues with the DNR’s contracted mower.