HIBBING— The top-seeded Timberwolves fell just short in their bid to reach the Section 7A volleyball championship round on Wednesday, as South Ridge rallied from a 2-0 deficit after two sets to … 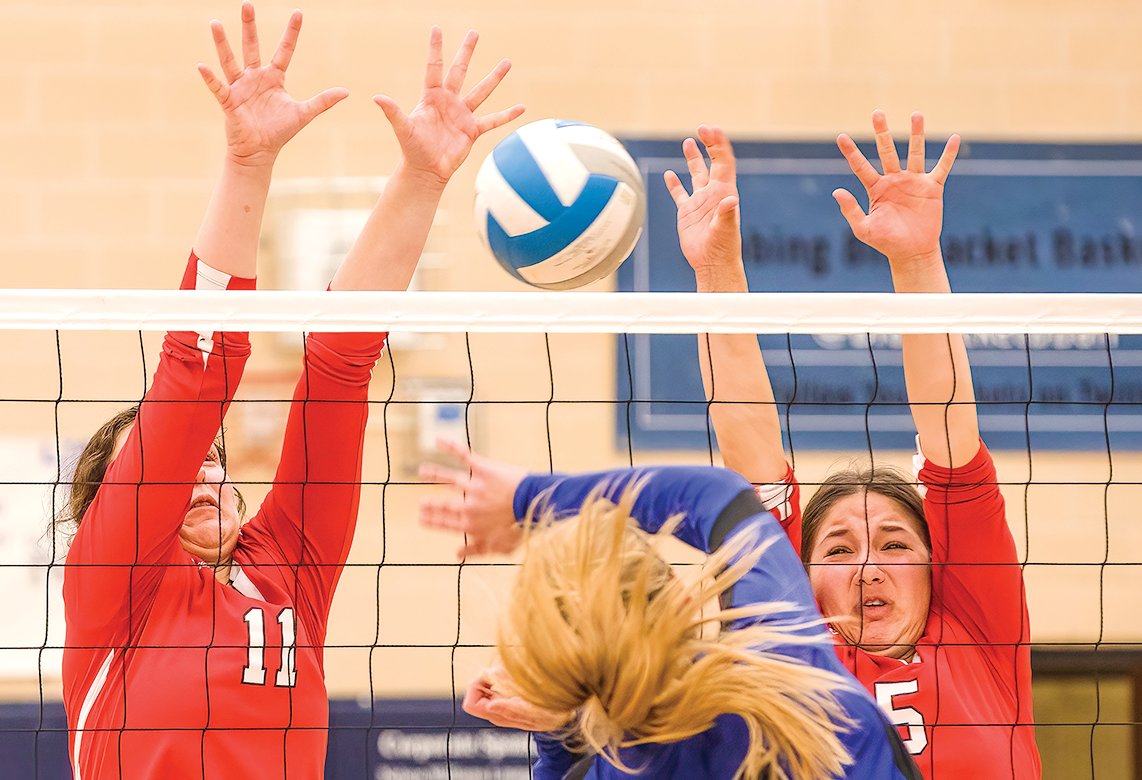 HIBBING— The top-seeded Timberwolves fell just short in their bid to reach the Section 7A volleyball championship round on Wednesday, as South Ridge rallied from a 2-0 deficit after two sets to walk away with a 3-2 match win.
Ely defeated South Ridge 2-1 in a regular season tournament match, and it was another tough matchup in Hibbing as all five sets were close and hard-fought throughout.
Ely appeared sharp and confident as they took the first set 25-21, with Madeline Kalberg stepping up with two big shots to break an 18-18 tie to spur the T’Wolves to the win. Knotted at 22-22 in the second set, the Panthers were called for a net violation, and then Kellen Thomas got a block to give Ely two opportunities at set point. Kalberg came through on the second with a kill for a 25-23 win and a 2-0 advantage.
The Timberwolves led 22-20 in the third set, needing just three points to secure a trip to the championship match. But with their backs against the wall, the Panthers dug deep to stave off elimination with a 5-0 run and 25-22 win.
The lead changed hands three times in the fourth set, with neither team able to mount a lead of more than three points as they battled to a tie at 21-21. Once again, the Panthers put together a game-winning surge, scoring four consecutive points to win 25-21 and send the match to a decisive fifth set.
Brimming with confidence, the Panthers grabbed an early 7-4 lead in the final set, causing Ely Head Coach Megan Wognum to call a time out. Sparked by a kill by Thomas coming out of the break, Ely fought back, forcing three ties before a Panthers hit into the net and gave the Timberwolves the lead, 12-11. Ely held the serve and was one point away from winning the set and match at 14-13, but Svea Snickers came through with a kill for the Panthers, who scored the next two points to win the match and eliminate the Timberwolves.
It was a disappointing semi-final round loss for Ely after an exceptional 21-7 season. “I am so proud of the hard work and effort these girls put into volleyball, both during the season and in the off season,” said Wognum.