REGIONAL— A slow-moving low-pressure system brought the first widespread and heavy snowfall of the season to the North Country this past Sunday, along with some of the coldest temperatures so … 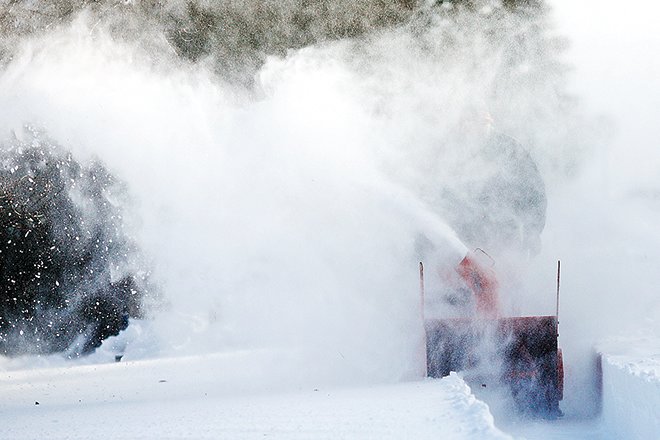 REGIONAL— A slow-moving low-pressure system brought the first widespread and heavy snowfall of the season to the North Country this past Sunday, along with some of the coldest temperatures so far this winter.
Snowfall totals exceeded a foot in some locations, particularly on the Mesabi Iron Range, where Chisholm reported 15 inches, with 14 inches recorded in Hibbing and 12 inches in Virginia and Britt. Snow totals were somewhat less north of the divide, with Ely reporting 8.7 inches, while Cook picked up 7.8 inches. An observer in Embarrass tallied ten inches, while reports from Tower and Orr both averaged about seven inches.
Snow totals diminished somewhat further north. Kabetogama reported 6.5 inches while International Falls picked up 4. 5 inches.
For the most part, North Country residents weathered the storm without major incidents. While the storm created slick roads, few accidents were reported. The state patrol listed none with notable injuries in the region. No major power outages were reported, in part because the snow that fell was dry and powdery and winds that picked up on the back side of the storm helped prevent excessive accumulations that could topple trees and branches.
National Weather Service meteorologist Josh Sandstrom, in Duluth, described the system as “pretty typical” for this time of year. The storm did not have an unusual amount of moisture, according to Sandstrom, but the slow-moving nature of the storm contributed to the substantial snow totals in many places.
“The long duration of the storm just kept letting things add up,” said Sandstrom.
As the storm moved east, strong northwest winds on the back side brought the coldest air temperatures of the season so far as well as wind chill advisories for the area. Overnight lows Monday night hit the minus-20s range in some locations, with the Hibbing airport reporting an even minus-20. An unofficial reading of minus-24 degrees was reported to the Timberjay from Embarrass.
While the area’s first real blast of winter weather made an impression, the mild pattern that’s been in place in the region since last spring appears set to continue. High temperatures are expected to rebound into the 30s by Sunday, with several days of mild weather forecast for next week as high pressure builds into the area.
Still, Sandstrom said the region appears to be in a more active weather pattern than it’s seen over the past few months, which could bring continuing snow chances in the days ahead. “It’s December in northern Minnesota,” said Sandstrom. “We can expect to get more snow.”