While the underground tours are on hold due to shaft repairs, park staff are giving in-depth, above-ground historical tours

SOUDAN- “When you take the regular underground tour,” said Soudan Underground Mine Park Manager Jim Essig, “we have about 25 minutes to talk to you. The rest of the time we are …

While the underground tours are on hold due to shaft repairs, park staff are giving in-depth, above-ground historical tours 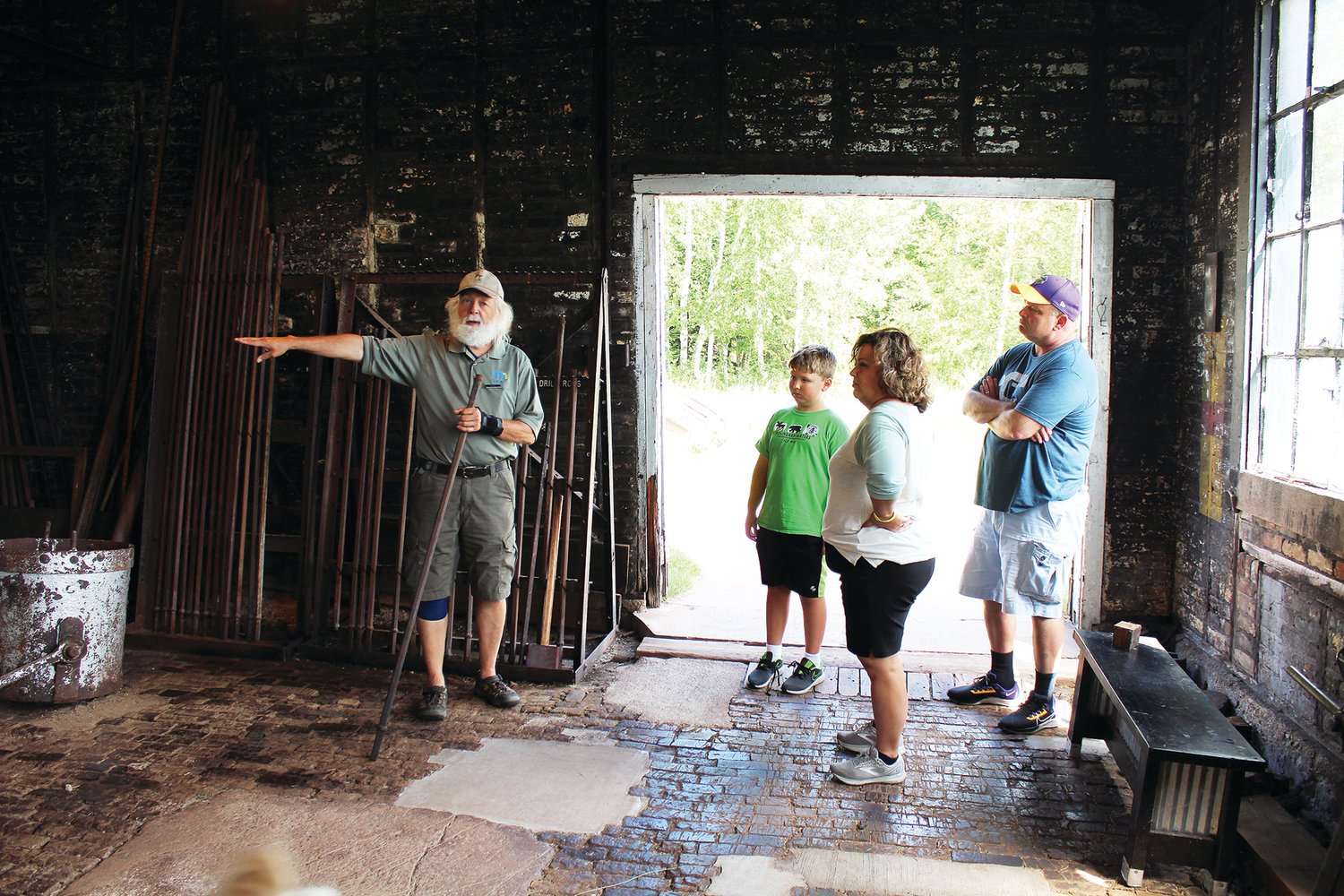 Longtime park tour guide Pete Pellinen is one of the experienced staffers leading above-ground mining tours this summer in Soudan. These tour guides are drawing on their years of research about how this iron mine operated, and what work life was like for the miners.
T. Trucano 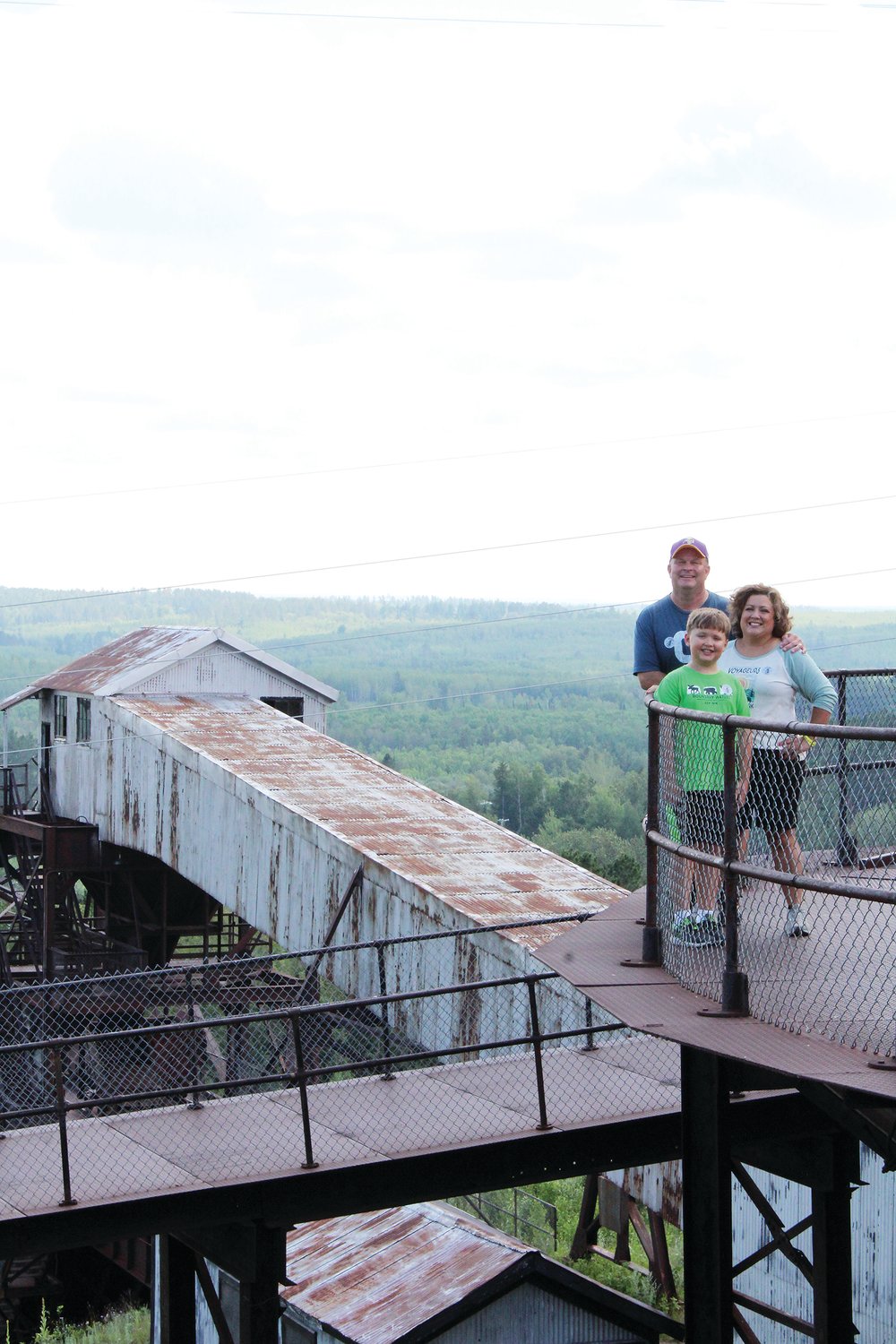 SOUDAN- “When you take the regular underground tour,” said Soudan Underground Mine Park Manager Jim Essig, “we have about 25 minutes to talk to you. The rest of the time we are moving you around.”
This summer, while the underground mine shaft is undergoing some significant repair work, the park is offering a tour of the surface mine buildings and equipment. The tour is an in-depth look into the mine’s history, as well as those who worked there.
“It’s a great value,” said Essig. “People have been telling us this is the best tour they’ve done in their life.”
“These tours are an hour and 15 minutes,” Essig said. “It’s one-on-one time with an interpreter who is very knowledgeable.”
These tours are being offered daily, from 10 a.m. – 4 p.m., through Labor Day. Tours are limited to ten people at a time, and cost $5 per person for ages five and up.
Turnout has been good, said Essig, but nowhere near what they see for the underground mine tours. The underground tours will return next year, hopefully by Memorial Day, but that will depend on when the repairs to the elevator shaft are completed. The repairs are to the lining of the shaft itself, along with reinstalling the steel that the elevator rails are attached to. That work was done between 70 and 80 years ago. But over the years, Essig said, debris has accumulated between the rock walls and the shaft lining (called the lagging).
“They are removing the lagging, bolting rock to the wall, and then reinstalling the steel that supports the rails,” Essig said. “We are doing this the right way, and it should last another 70 or 80 years.”
The park first offered this above-ground tour as part of a geology program sponsored by University of Minnesota- Duluth and their Precambian geology field camp. That event has disbanded, but recently the Natural Resources Research Institute and the University of Minnesota have restarted a geology field camp at the park.
Essig said he is not sure if the above-ground tours will continue next year when it is possible to do the underground tours, so anyone interested should make sure to take advantage of the tours between now and Labor Day. The park offers a self-guided audio tour of the surface buildings, with a PDF tour map and audio that is downloaded from the web at https://files.dnr.state.mn.us/destinations/state_parks/audio_tours/soudan.xml.