North Woods falls to 0-2 in loss to Chisholm

CHISHOLM- Hope came in the form of rain for the North Woods Grizzlies last Friday at Chisholm, hope that the second-quarter downpour would ground the high-flying Bluestreaks’ aerial attack and …

North Woods falls to 0-2 in loss to Chisholm 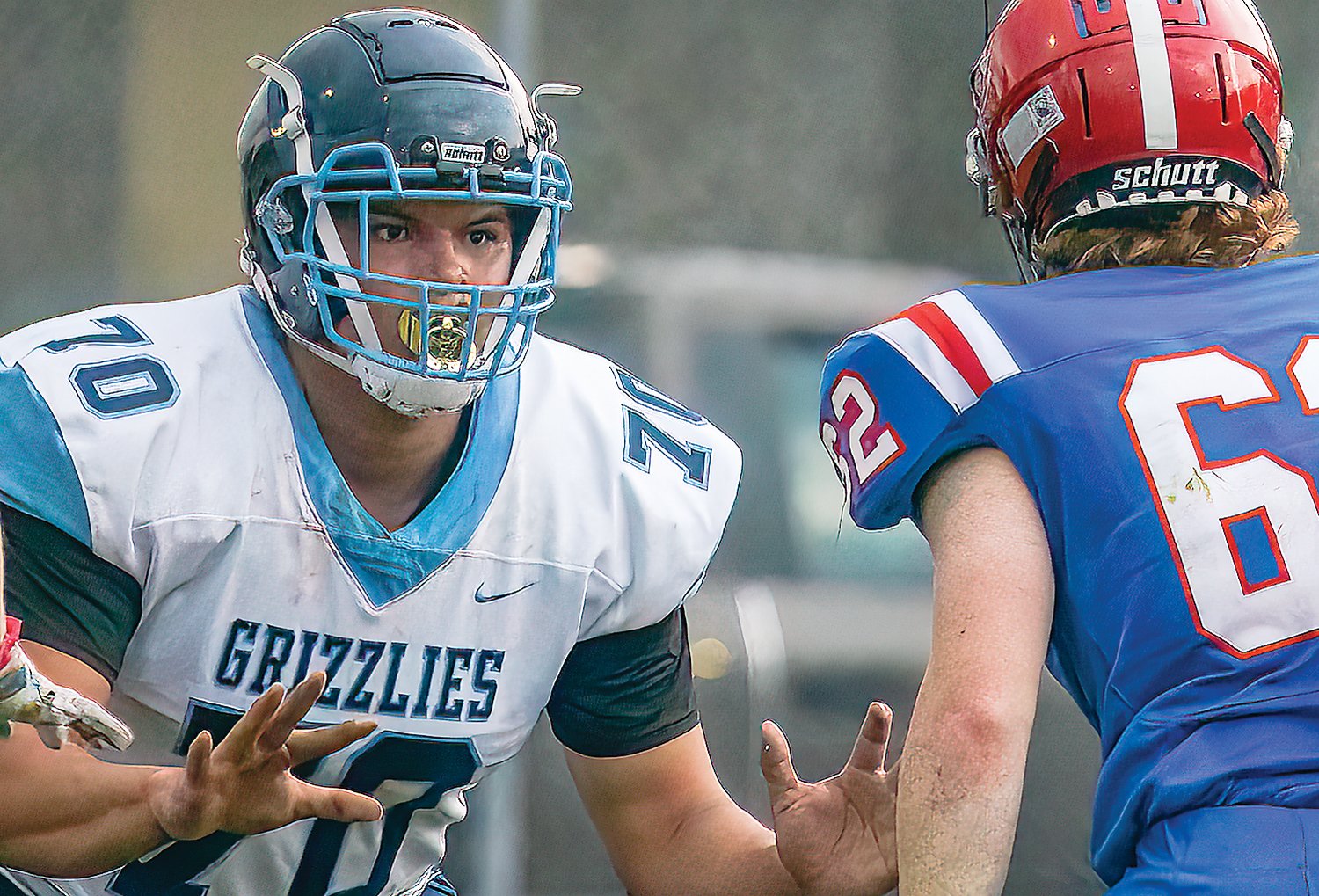 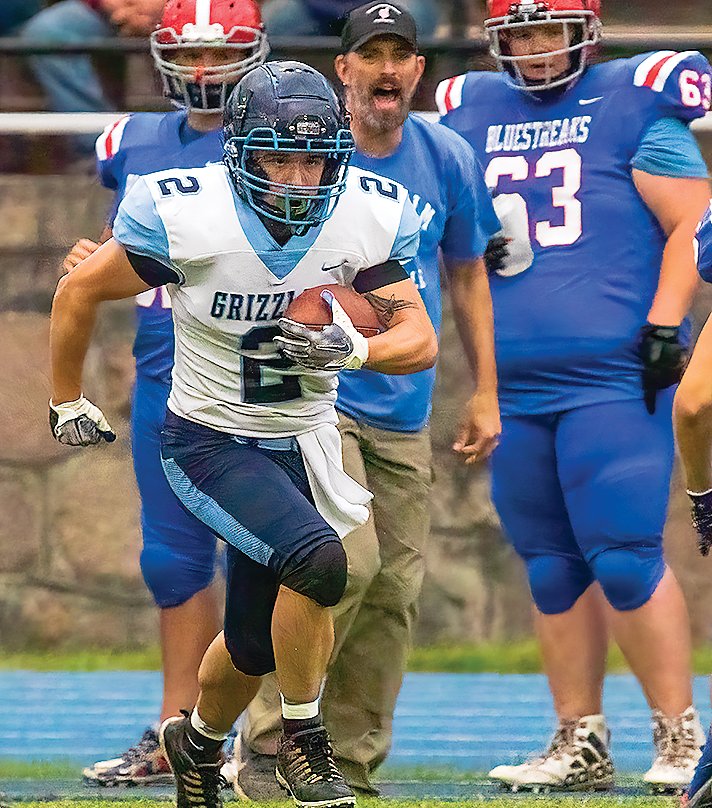 CHISHOLM- Hope came in the form of rain for the North Woods Grizzlies last Friday at Chisholm, hope that the second-quarter downpour would ground the high-flying Bluestreaks’ aerial attack and shift the game in favor of the run-oriented Grizzlies, who trailed 10-0 as the drops began to fall.
But that hope was dashed when North Woods coughed up a fumble near the Chisholm goal line on what would have been a go-ahead touchdown, and the Bluestreaks regained the momentum and walked away with a 22-8 win.
Right from the start, Chisholm tested the Grizzlies’ secondary and found success, with quarterback Dominic Olson connecting with multiple receivers and completing a fourth-and-20 to give the Bluestreaks their first scoring opportunity at the North Woods five-yard line. But Chisholm sputtered and couldn’t convert, turning the ball over on downs.
The Bluestreaks didn’t come away empty, though, as an errant snap flew over the head of Grizzlies quarterback Lane Kneen, and he was tackled in the end zone for a safety.
The ensuing Grizzlies kick from the 20-yard line put their backs against the wall again when Chisholm returned the kick to the North Woods 15. Olson immediately capitalized on the field position by tossing an eight-yard scoring pass to receiver July Abernathy, and with just over six minutes remaining in the first quarter the two-point conversion put Chisholm up 10-0.
The Grizzlies got a break in the second quarter when they recovered a Chisholm fumble at the North Woods 43. Lightning struck on the next play, not from the skies but on the ground, as running back Jared Chiabotti found a seam on the left side of the Bluestreaks defense, cut to the left sideline and took the ball 57 yards to the house. Jonah Burnett scored the two-point conversion to put North Woods right back in the game at 10-8 going into the half.
The teams exchanged fumbles early in the second quarter, and a North Woods drive threatened to stall at the Chisholm 33 on fourth-and-eight. But the Grizzlies had a trick up their sleeve, as Kneen took the snap and flipped it to Chiabotti, who stopped and fired a deep arching pass that Burnett hauled down at the Bluestreaks two-yard line.
But with a golden opportunity to take the lead, disaster struck on the next play when the Grizzlies mishandled an exchange and the Bluestreaks recovered the fumble.
The play was a gut punch that sucked the air out of the Grizzlies, as the Bluestreaks ground down the fourth quarter clock with an impressive 98-yard scoring drive aided by a pair of North Woods pass interference penalties. Olson capped off the drive with a 20-yard scoring pass to Shane Zancauske to up the lead to 16-8 with 5:58 left in the game.
After an unsportsmanlike conduct penalty against the Grizzlies on the ensuing kickoff, North Woods took over at their own eight-yard line, hoping for an equally impressive drive for a chance to tie the score. But on third-and-11, Kneen’s pass over the middle was intercepted at the North Woods 28.
Chisholm ran down the clock from there, with an Olson touchdown run with five seconds left accounting for the 22-8 final.
Grizzlies Head Coach Joel Anderson was frank in his postgame assessment.
“We’ve got to quit being our own worst enemy,” he said. “It’s tough to win football games when you have unforced errors and turnovers and penalties. Hat’s off to Chisholm, they played a nice game. We had momentum for a long period of time and just couldn’t find ways to put it together.”
Anderson also acknowledged that the turnover near the goal line in the third quarter was a game changer.
“It was tough to see, again it was an unforced error on our part,” he said. “And then to let them go 98 yards because we have our heads down, that’s something we need to work on.”
But after two games, Anderson is seeing gradual improvement, and Chiabotti’s 148 yards on 20 carries against Chisholm was a good sign.
“For many years now that’s kind of been a key for us to run the ball effectively,” Anderson said. “It opens some other things up. Hopefully we can continue that.”
Burnett and Nick Abramson took some of the defensive heat off Chiabotti by each rushing for 11 yards on ten combined carries.
Kneen was just two-for-nine passing in the soggy conditions. Burnett had two receptions for 34 yards.
North Woods has its first home game tonight when they host Deer River. The Grizzlies are scheduled to hit the road the following week for a Sept. 23 tilt against Barnum.