New guide service is all about that bass

COOK- Soon-to-be North Woods School senior Jake Panichi, of Cook, isn’t known for taking any of his sporting exploits lightly. When it comes to baseball, a favorite sport, Panichi bears down …

New guide service is all about that bass 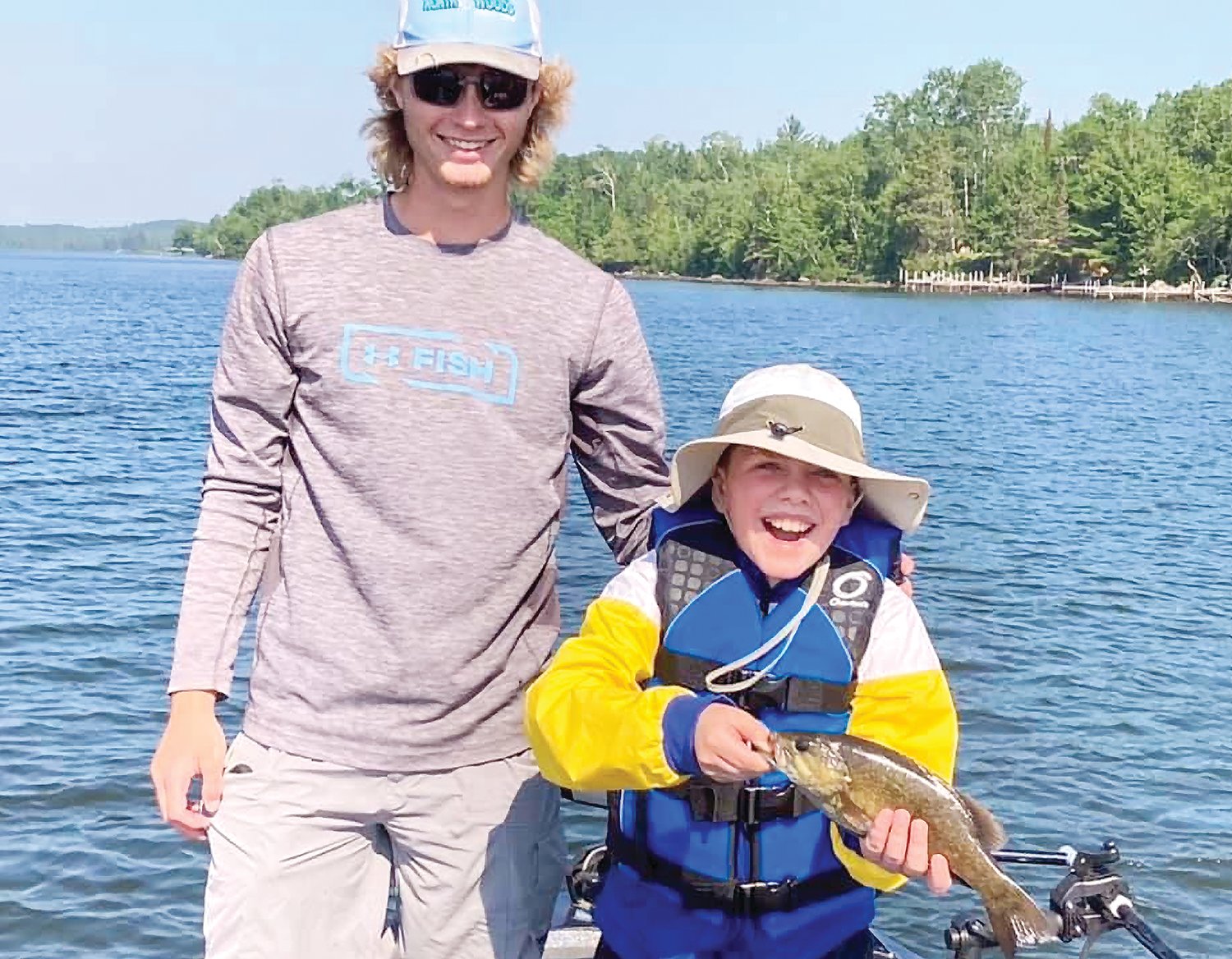 COOK- Soon-to-be North Woods School senior Jake Panichi, of Cook, isn’t known for taking any of his sporting exploits lightly.
When it comes to baseball, a favorite sport, Panichi bears down with ferocity from the pitching mound, sprints and leaps with abandon in the outfield to turn sure hits into spectacular outs, and is nothing short of full throttle when running the bases.
And when it comes to fishing, Panichi has waded in with the same focused intensity. His parents started taking him fishing when he was old enough to walk, Panichi said, and his grandfather, well-known guide Joe Panichi, has also been an inspiration and a mentor. But, it seems, there’s a catch, and it’s not one to toss in a live well.
“He’s a walleye guy,” said Panichi about his grandfather. “Every time my parents take me, or he goes out to take me, it’s always walleye.”
And there’s the catch, because Panichi isn’t at all a walleye guy anymore.
“I got hooked on bass fishing,” Panichi said. “I like the action with bass fishing. There’s more action, it’s more strategic, and I can fish tournaments.”
It wasn’t all that long ago, when he was around 14 or 15, that Matt and Larry Kline at Timbuktu Marina steered Panichi into tournament bass fishing, and he took to it, well, like a fish in the water.
“Ever since they showed it to me, there’s nothing I like more,” Panichi said.
And just like baseball, it’s been full throttle with bass fishing this summer, as Panichi and his younger brother, Louis, have been competing in two tournament leagues. And from the way the pair is performing on the Student Angler Tournament Trail circuit, it appears Panichi not only loves bass fishing but is also darned good at it.
“There’s I think 300 boats that participate in it, and right now halfway through the season we’re sitting in second place for team of the year,” Panichi said.
Panichi is also cruising the lakes in a new Skeeter FX20 bass boat that he picked up earlier this year, yet another sign of his commitment to the sport.
New guide service
It’s said passion plus talent create opportunity, and with those firmly in his pocket, Panichi recently decided it was time to start his own guide service, focused exclusively on bass fishing on Lake Vermilion and Pelican Lake. While there are other guides out there who will take people bass fishing, Panichi said he’s the only guide around who focuses only on bass.
“I’ve always liked getting out to show people what’s so fun about fishing and all the different ways you can catch fish and trick them into biting,” Panichi said.
He acknowledged that it’s a little more expensive to fish for bass, but the challenge and variety far outweigh the extra cost.
“I like to stick with a different bait every day, I like to try everything,” Panichi said. “It’s not cheap because we go through a lot of lures compared to walleye fishermen. Bass fishermen can lose a lot of lures, particularly in Lake Vermilion with so many rocks.”
In recent tournaments, Panichi’s stalking of prize catches has led him to some extremely different areas of lakes to find his prey. One tournament the fish were deep along weed lines near large rocks. The next time out, every fish he and Louis caught was in less than a foot of water.
“Every lake is different, times of the year are different, and the same time from year to year they bite differently,” Panichi said.
Panichi got a little bit later start on launching his guide service this summer because his baseball team did better than expected in playoffs, but two weeks ago he made the circuit of resorts in the area to distribute flyers, and his mother, Jenny, has been hyping Panichi Guide Service on Facebook and other social media outlets. He’s already attracted repeat customers, as much for making sure they have fun as for the lunkers they do, or don’t, pull in.
“I just want to get people hooked on bass fishing,” he said.
To learn more about pricing and scheduling Panichi’s bass fishing guide service, call 218-780-7481, or email panichifishing@gmail.com.