ELY – “My father and my uncles would be so proud of this,” Theresa Jamnick, granddaughter of the original John Zupancich Sr., said as she marveled at the size and scope of the new … 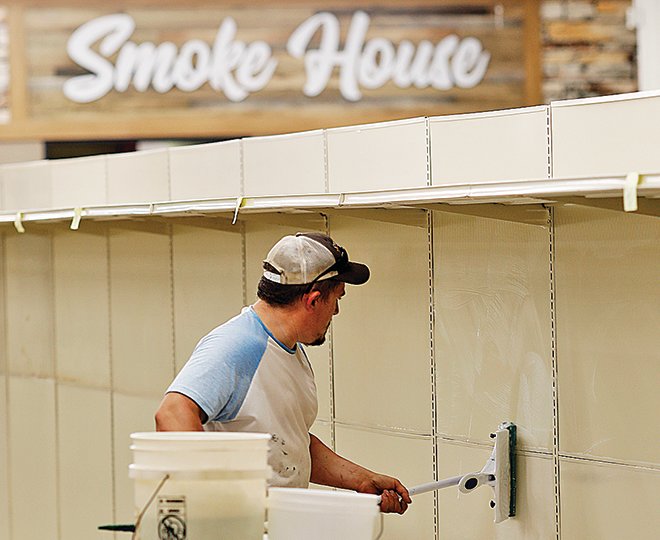 ELY – “My father and my uncles would be so proud of this,” Theresa Jamnick, granddaughter of the original John Zupancich Sr., said as she marveled at the size and scope of the new market set to open here next month.
Jamnick is the daughter of Edward Zupancich, who along with five brothers maintained a life of community service by carrying on the grocery tradition across the region.
She paid an impromptu visit to the store last Friday and took a quick tour.
“I love the big signs up on the walls for the different departments and I like that it is nice and bright,” she said.
Jamnick sized up the numerous aisles of metal shelving that were being installed.
“Looks like you can get two carts down here with no trouble,” she added.
According to store owner Jimmy Zupancich, the plan to close the existing Zup’s Market on the top of the hill on Sheridan Street is scheduled for Sept. 28.
His plan is to take all of his staff and move everybody down to the Northland Market.
Zupancich bought Ely’s competing grocer and the former Shopko building late last year as part of his expansion project, estimated to cost upwards of $7 million. When all is said and done, Ely area shoppers will have the benefit of a 35,000-square-foot, full service, modernized grocery store, complete with dry goods, expanded sausage factory, a separate liquor store and the return of a second pharmacy in the community.
The two store staffs will work together at the Northland Market until the middle of October, when the new store will open. When the current Zup’s Market closes at the end of the month, the computer system and freezer and refrigerator cases will be moved.
A quick tour over the Labor Day weekend highlighted the endless aisles of shelves under construction. The sausage-making room was full of new machinery. Freezer cases and refrigerator cases were in place.
“I can’t believe how long the dairy case is,” Jamnick said. “That must be 80 feet long!”