REGIONAL—Three Itasca County ruffed grouse that appeared sick have tested positive for the mosquito-borne virus eastern equine encephalitis or EEE. It’s the first time the virus has been … 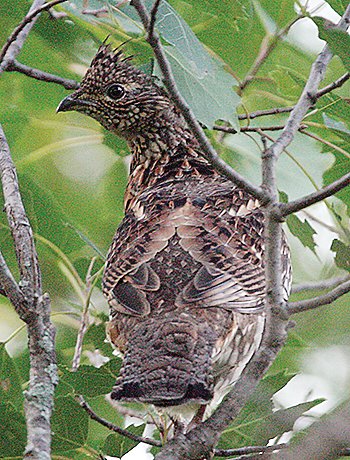 REGIONAL—Three Itasca County ruffed grouse that appeared sick have tested positive for the mosquito-borne virus eastern equine encephalitis or EEE. It’s the first time the virus has been confirmed to cause illness in a Minnesota wild animal.

“Now that we’ve found the EEE virus in Minnesota grouse, we will continue to monitor grouse populations for signs of the disease,” said Michelle Carstensen, wildlife health program leader for the Minnesota Department of Natural Resources. “It’s too soon to say how widespread the EEE virus might be in grouse populations because we only have one year of grouse sampling results from 2018.”

EEE is a rare illness in humans. People bitten by infected mosquitoes seldom develop any symptoms but the virus can be serious if they do.

The hunters who harvested the grouse brought them to DNR staff in late October after they noticed abnormal behavior in the birds – they didn’t or couldn’t fly away. When field dressing the birds, the hunters also noticed reduced muscle mass.

Tests concluded two and possibly a third were infected with the EEE virus. The third grouse - suspected of having the virus, also had inflammation in the brain, providing further evidence that it likely also suffered from EEE. All birds tested negative for West Nile virus.

The EEE virus is typically found in the eastern United States and along the Gulf Coast but also has been found in other states, including Michigan and Wisconsin.

Prior to this discovery, the DNR had confirmed that wolves and moose in northeastern Minnesota had been exposed to the virus but never found animals of either species sick with the disease.

As with any wild game, care should be used when processing the animal to avoid cuts that could cause potential infection. Any game that appears abnormal – either in the field or after dressing – should not be consumed. Hunters with questions about what they harvest can contact a nearby DNR area wildlife office.