Layoffs stem from COVID-19 pandemic, could last all summer 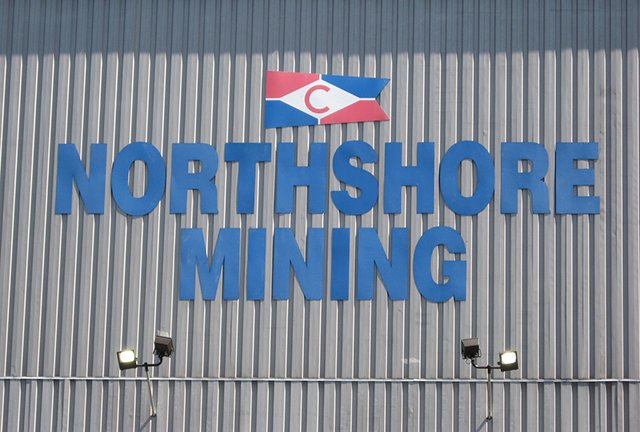 BABBITT— Nearly 500 Iron Range mineworkers are on now on layoff as a result of a slowdown in the steel market stemming from the COVID-19 pandemic.
Cleveland-Cliffs Inc. announced on Monday that it would idle two of its iron ore operations, including the Northshore Mine located near Babbitt. The layoffs were effective this week at Northshore and will take effect later this month at the Tilden Mine in Michigan.
For now, the company is projecting that the Northshore mine could restart production in August, although that would be subject to change depending on market conditions. Much of the iron ore produced by the Northshore Mine is used in U.S. automotive production, which has been almost entirely shut down in recent weeks as a result of the current pandemic.
The Northshore Mine includes a mine site and preliminary processing facility near Babbitt, with finish processing and shipping conducted at Silver Bay. Combined, the two sites employ about 570 workers. About 100 workers are expected to remain on the job during the shutdown.
According to company officials, Cleveland-Cliffs will rely on its existing stockpiles of iron ore to fulfill its current commercial agreements with customers.
“We have evaluated market conditions and the extraordinary disruptions in manufacturing and steel production in North America due to the impact of the COVID-19 market shock,” said Lourenco Goncalves, Chairman, President and CEO of Cleveland-Cliffs. “As our steel customers rationalize their operations’ capacities, we made the decision to adjust our iron ore production during the first half of the year and not continue to build additional iron ore inventory until market conditions improve. Once the North American steel market improves, Cleveland-Cliffs will be able to quickly restart and ramp up production.”
The announcement comes as another blow to the region’s economy, which is already reeling from business closures in other sectors due to the current stay-at-home order in effect in Minnesota. The closure of Northshore may not be the last one inthe region. U.S. Steel, which operates Minntac, Keetac, and is a part-owner of Hibbing Taconite, posted a $680 million loss in the fourth quarter of 2019, well before the economic impacts created by the COVID-19 pandemic. U.S. Steel stock has fallen 87 percent over the past two years and reached a record low of $4.90 per share on March 18 of this year. It was trading at $6.34 per share as of this week. The company announced the layoff of 1,500 workers at a Michigan steel mill in December, but has not announced any job cuts, at least for now, at its Minnesota mining operations.
While the slump in demand for steel products has been most pronounced in the automotive sector, industry analysts say the slump in demand stemming from the current pandemic is affecting virtually all sectors of the steel market.