NETT LAKE— Winter is a time of story-telling among the Ojibwe, a time when people stay close to home and relate centuries-old wisdom in part to educate children about tribal traditions and the … 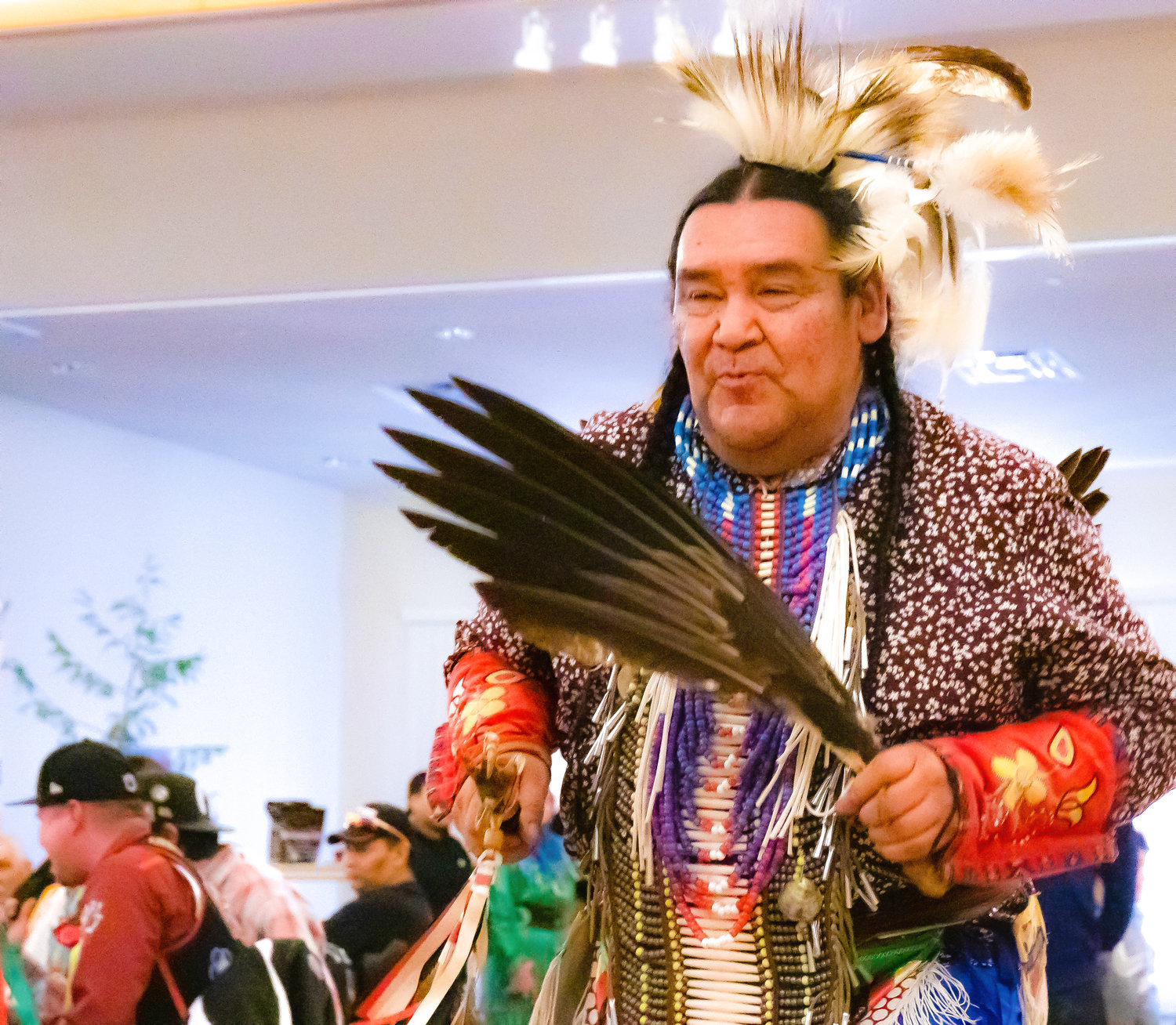 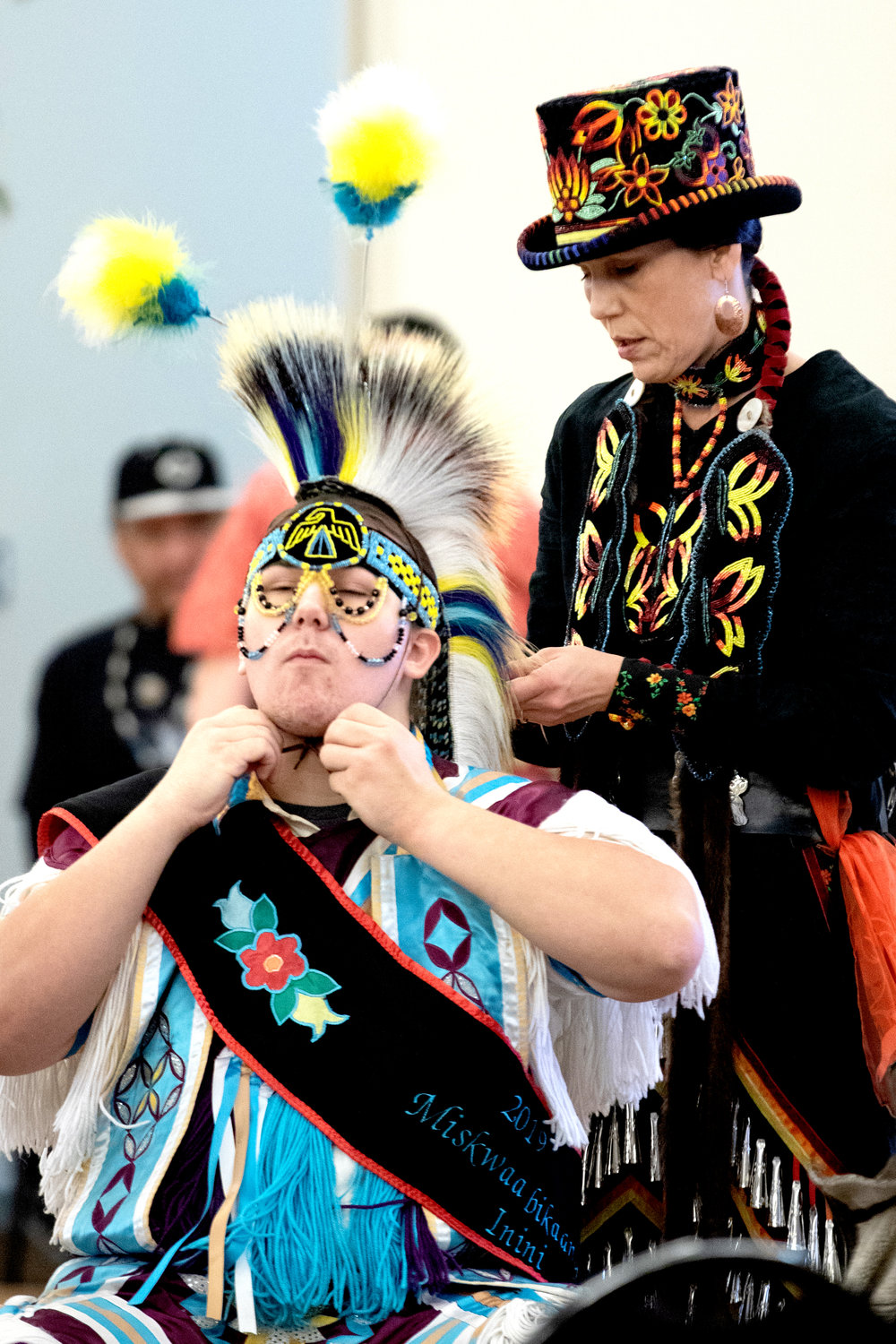 The drumbeat – that’s the heartbeat of our Anishinabeg nation.”
Darrell Kingbird

NETT LAKE— Winter is a time of story-telling among the Ojibwe, a time when people stay close to home and relate centuries-old wisdom in part to educate children about tribal traditions and the world around them.
The Midwinter Pow Wow at Nett Lake last weekend provided opportunities to get out and celebrate this seasonal activity, arena director Darrell Kingbird said.
“In the wintertime there are a lot of teachings in the home from the mom,” Kingbird said. “People get restless at home, so we have a pow wow. There are certain things we do for each season.”
Kingbird estimated about 250 people from surrounding states and Canada participated in the intertribal event, some driving for up to seven hours to attend.
“We have Lakotas, Dakotas, all nations come,” Kingbird said. “We’ve got relations across the border, but that is an English border. For us that was never there, so we have relations all over Indian country.”
Grass dancer Dillion Morris of the Red Cliff Band came from Wisconsin with his mother, step-father, and younger brother. The 17-year-old started learning to dance when he was seven or eight, but only recently embraced the significance of this connection to his heritage.
“It took me a while because I kind of fell out of it,” Morris said. “I’ve just started to come back again and it’s becoming more a part of me. I’m carrying it on so I can eventually teach my kids and they can carry it on, too. That’s what’s important to me.”
When he wasn’t dancing, Morris could be found at one of ten drum circles in the arena. He started to take an interest in drumming when he was 10, and said it was a bit harder to pick up than dancing.
“I’m still learning,” he said.
Morris’s respect and admiration for his fellow dancers, particularly elders, reflected a similar theme.
“I want to get to that point to dance like them,” he said. “I’m still learning from them.”
Kingbird said everything that happens at a pow wow is connected by a common source.
“Our way of life – this pow wow, this drum, the sound – comes from dreams,” he said. “We don’t just make them. We pass them on from generation to generation. That’s the same with the outfits and the bells. The rattle we use in ceremony represents the universe. That goes along with the drumbeat – that’s the heartbeat of our Anishinabeg nation.”
Pow wows are held throughout the year as each new season opens a new chapter in the cycle of Ojibwe life, Kingbird said.
“A lot of times when we have pow wows like this it’s for a special occasion,” he said. “When it comes to springtime we’ll be celebrating Mother Earth waking up again."