REGIONAL— Don’t look now, but it appears the weather gods may have flipped the switch on northern Minnesota yet again, as the area is currently on track to see one of its driest Junes on … 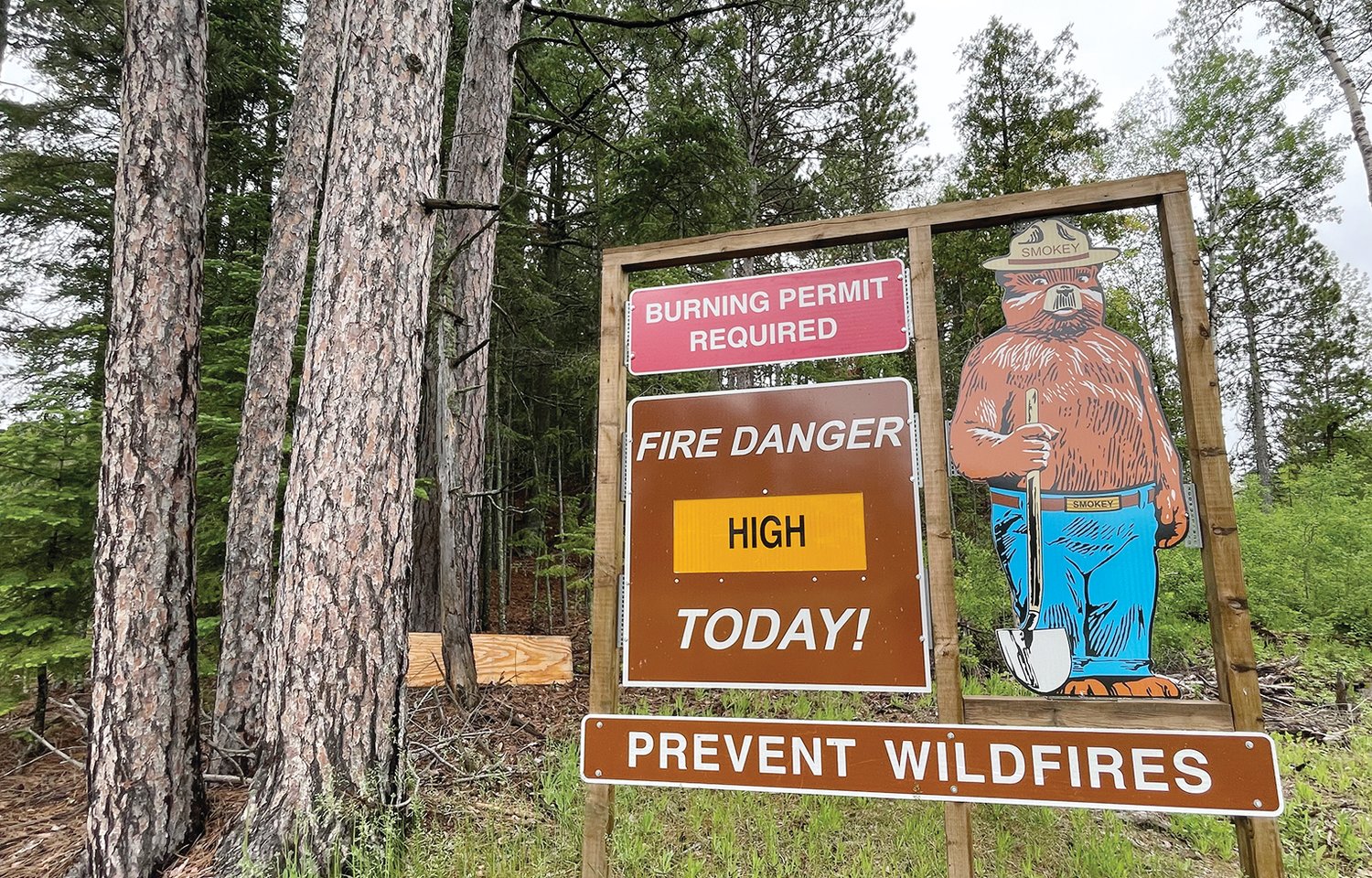 Two weeks with little rain has pushed the fire danger to high in the DNR’s Tower area. The area continues to experience wild swings in weather conditions.
M. Helmberger 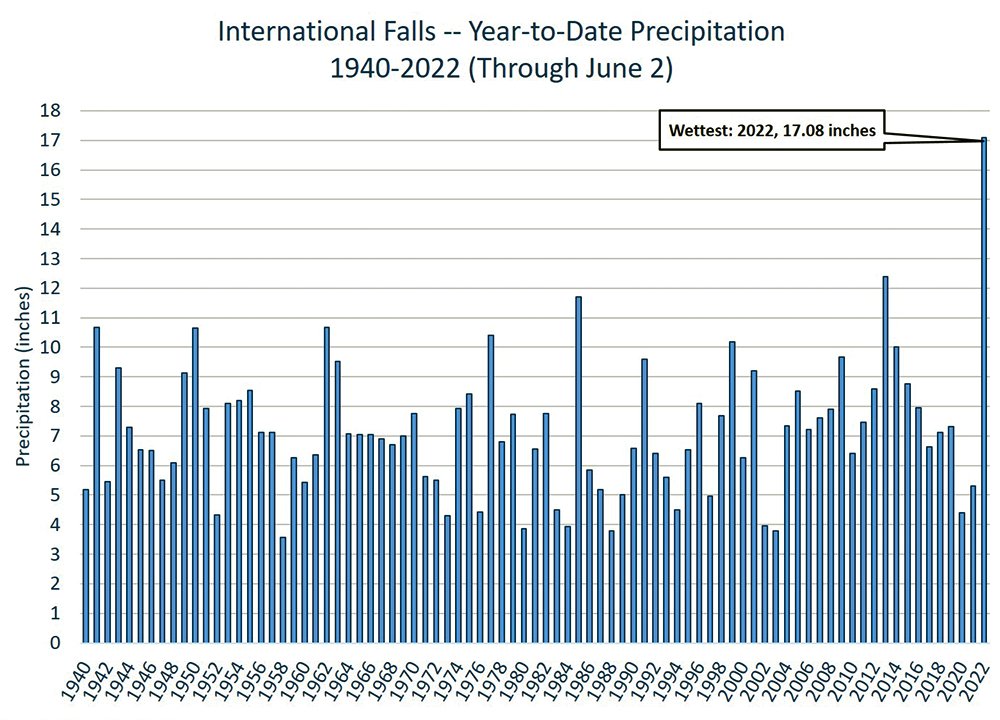 REGIONAL— Don’t look now, but it appears the weather gods may have flipped the switch on northern Minnesota yet again, as the area is currently on track to see one of its driest Junes on record.
If so, it would be a remarkable reversal from the first five months of the year, which were, by far, the wettest ever recorded, at least in International Falls, which has the longest period on record in the region. According to an analysis by the state climatology office, the border city saw 17.08 inches of liquid precipitation from Jan. 1-June 2, 2022. That was not only twice the average precipitation for that period, it was 38 percent wetter than the previous wettest Jan. 1-June 2 period set in 2013.
But now, the border city is on track to set an entirely different mark. With just 0.18 inches of precipitation since June 1, International Falls is on a pace to set a new record for the driest June on record.
“With Minnesota, it seems we’re always waiting for the other shoe to drop,” said state climatologist Pete Boulay.
With just over half the month already in the record books, International Falls has received just 0.18 inches of rain in June. That’s at a time when the region typically receives just over an inch of rain per week. Northeastern Minnesota relies on its wet season, which runs from May-September, for at least two-thirds of its annual precipitation, so when the rains don’t arrive, the shortfalls can add up quickly.
Even two weeks with little rain at this time of year can make a significant difference in soil moisture. Boulay said the fact that the first half of June has been relatively cool, helped to prevent the lack of rain from stressing plants. But with an impressive heat wave forecast to arrive over the weekend, the stress on plants will increase. Without accompanying rainfall, that could quickly deplete soil moisture and send water levels, which had hit record highs in many parts of the area last month, down sharply.
That’s already being experienced on the Little Fork River, where the flow fell dramatically in the past week, from 3,610 cubic-feet-per-second (cfs) to 644 cfs. That’s now slightly below the average flow for June.
The Little Fork isn’t alone. Water levels on all of the rivers in the Rainy River basin are currently falling, although none have fallen as dramatically as the Little Fork. The Vermilion River, for example, fell from 2,830 cfs last week to 2,270 cfs this week, while the Basswood River fell from 6,330 cfs to 4,510 cfs. Both of those rivers are still considered to be at high-water levels and are fed by large upstream reservoirs.
The forecasted heat wave expected to begin later this weekend, is likely to hasten drying across the area unless it’s accompanied by rainfall. The extended forecast shows only small chances of significant precipitation in the week ahead, while also forecasting temperatures that could reach into the low-to-mid 90s by Monday.
Hot temperatures, without accompanying rainfall, are likely to further elevate fire danger in the area, which was listed as high in the Tower area earlier in the week.
The normal high and low for June 17 is 74 and 46 degrees.