Pilot dies when plane crashes into lake near Ely

Pilot dies when plane crashes into lake near Ely 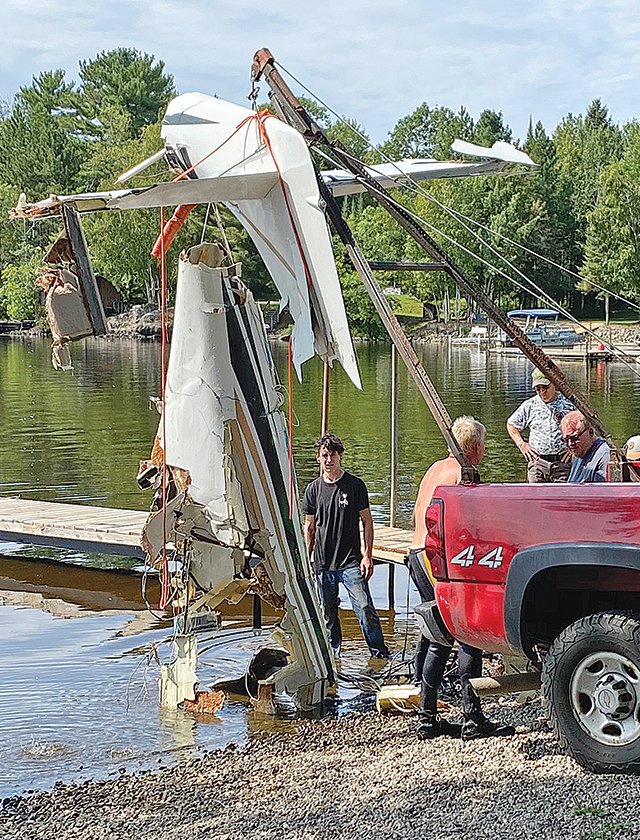 The wreckage of an airplane that crashed into White Iron Lake last week was brought ashore late Tuesday.
K. Davis

Dr. Kyle Edlund, of Woodbury Dental Care, left the Ely Airport sometime after 10 p.m., according to the Lake County Sheriff’s Department, and crashed a single-engine, four-seat airplane just after 11 p.m.
The plane was heading toward the Grand Marais/Cook County Airport from the Ely Airport. Edlund was reportedly flying a Lance Aircraft, serial number N997S. According to the Federal Aeronautics Administration, the registered owner of the craft is St. Croix Aviation of Woodbury LLC.
The Minnesota Wild hockey team released a statement last Friday on the loss of their team dentist.
“We are deeply saddened to learn of the passing of Dr. Kyle R. Edlund. Kyle was a fantastic human being that positively impacted so many people during his life. His smile will be greatly missed at Woodbury Dental Care, at the hockey rink, and by all his family and friends. We offer our sincere condolences to the Edlund family and his loved ones.”
A letter from Woodbury Dental Care to patients said Edlund was flying his plane to his cabin in Grand Marais, alone, to spend the weekend there with his son and friends.
Emergency responders found the victim, age 58, in the wreckage off the shore of a resort. It was determined that Edlund died on impact. The accident remains under investigation.
The plane apparently nose-dived into the water about 300 yards off the shore of White Iron Beach Resort.
“The plane was in about 30 feet of water,” said resort owner Kerry Davis, who was one of the first people on the scene.
“My wife woke me up about 11 p.m. and I motored out to the area where some of our guests witnessed the crash from the beach,” Davis said last Friday morning. “I smelled fuel and I quickly turned around and started seeing debris floating to the surface. He pointed to an area to the left of his resort’s beach area and indicated the crash area was behind a small island. “I contacted law enforcement and helped guide rescue boats to the location,” he said.
Both Lake and St. Louis County Sheriff’s Departments, St. Louis County Rescue Squad, Ely Police Department, Ely Area Ambulance Service, and Morse/Fall Lake Township Fire Department responded to the scene.
A large pile of debris was roped off at the White Iron Beach Resort boat launch Friday morning. A wreckage salvage operation at the crash site began early Tuesday morning, using the boat launch at White Iron Beach Resort as a staging area. A vehicle from Wentworth Aircraft Inc. of Crystal, Minn. was parked at the resort.
Scuba divers could be seen from shore attempting to secure the aircraft to a floating dock towed by Kerry Davis’s pontoon boat. Several motorboats assisted in the recovery, and an insurance investigator was reportedly at the scene.
The salvage crew struggled to keep the aircraft secured as they drew closer to shore. Davis transported a 12-foot section of the plane to shore in his motorboat. The salvage operation continued into the afternoon.