There are some places that just seem to have that secret sauce when it comes to attracting birds and, in our region, there are few places saucier than the Darwin S. Myers wildlife management area, …

Hundreds of acres of high quality wetlands spread out along the Embarrass River.
M. Helmberger 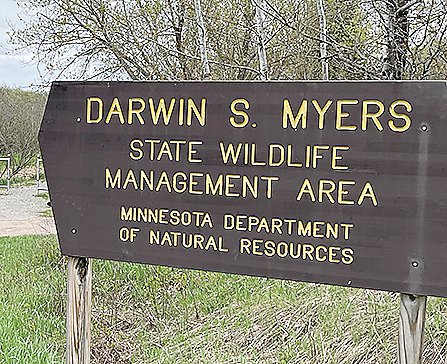 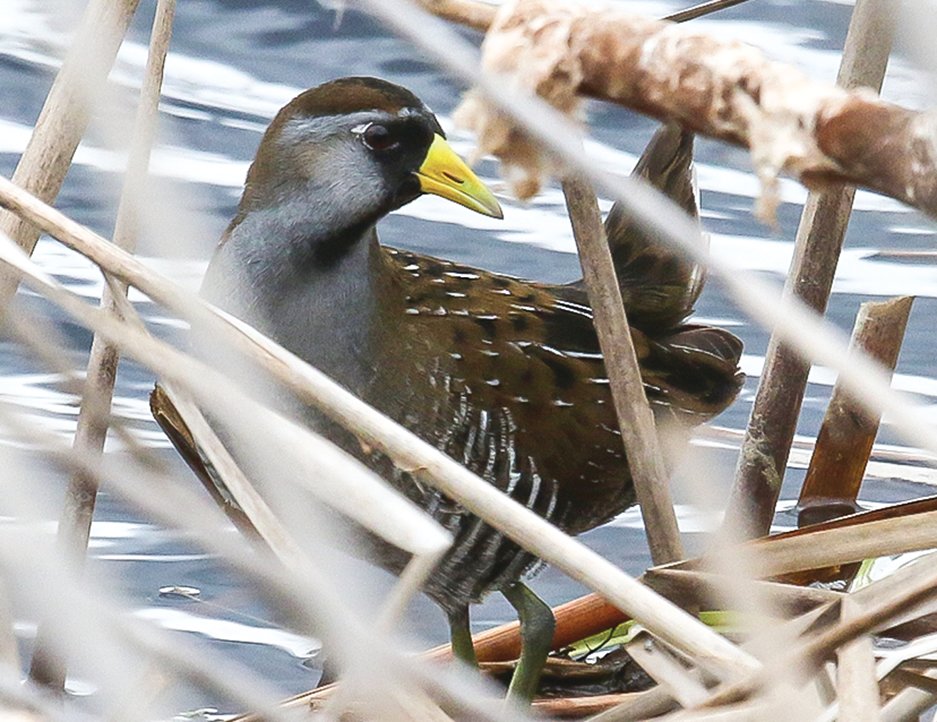 A sora rail peeks out through a thicket of cattails.
M. Helmberger 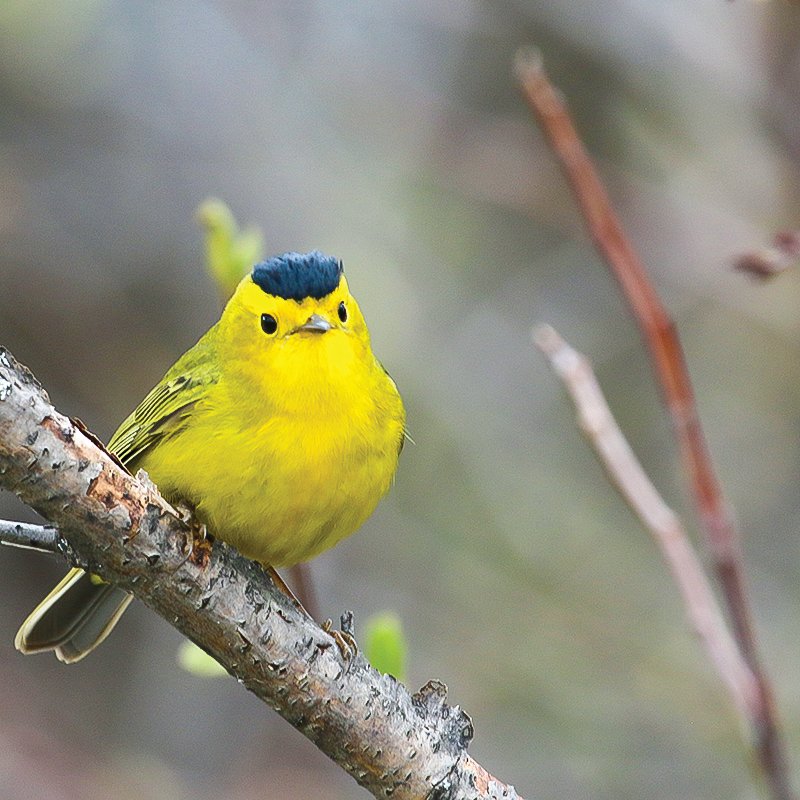 Wilson’s warblers were in abundance along the Embarrass River last week.
M. Helmberger 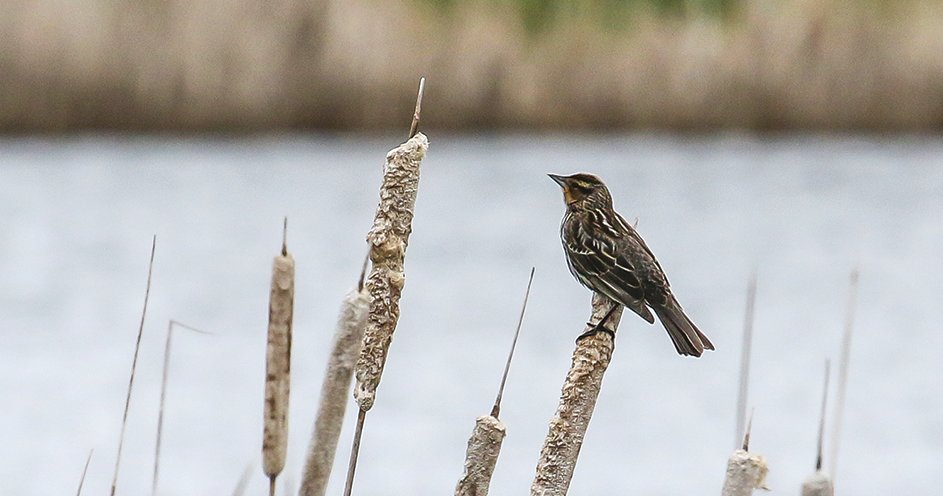 A female redwing clings to a dead cattail.
M. Helmberger 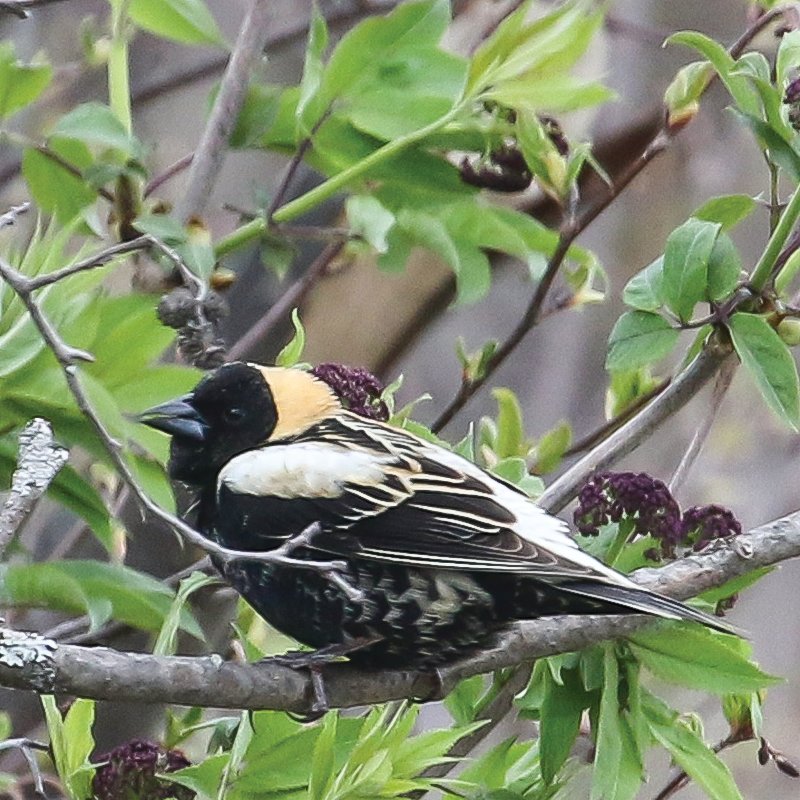 A bobolink sits in an elderberry along the Embarrass River.
M. Helmberger
Previous Next
Posted Wednesday, May 25, 2022 7:58 pm

There are some places that just seem to have that secret sauce when it comes to attracting birds and, in our region, there are few places saucier than the Darwin S. Myers wildlife management area, otherwise known as the Embarrass rice paddies.
The former commercial operators of the paddies, who discontinued operations decades ago, created a series of dikes in a broad, nearly thousand-acre valley to hold back water diverted from the Embarrass River, to enable the production of domesticated wild rice.
The wild rice is gone, but the vast wetland created by the operation has been maintained by a series of subsequent owners over the years and it’s currently (and, hopefully, permanently) overseen by the Department of Natural Resources as a wildlife management area.
Visitors can explore the area by walking or biking the portion of the Mesabi Trail that now bisects the paddies as well as simply walking on any of dikes that crisscross the area.
At first, the vast, open area seems like unlikely bird habitat to those of us used to birding in the forest. But once you’ve adjusted to the big sky and tuned your senses to a more distant horizon, backdropped to the south by the Giants Range, the sights and sounds of a place that’s full of life begin to emerge in a kind of soft cacophony. The trumpeting of sandhill cranes off in the distance merges with the bizarre calls of distant pied-billed grebes mixed with the whinnying of sora rails arising from seemingly every direction. Mallards are quacking from one of the nearby pools, still filled in late May with the remains of last summer’s vegetation. Canada geese are honking and far out in one of the larger paddies, there’s a pair of trumpeter swans languidly feeding.
And there’s so much more. Redwings are calling from every direction, their shrill call notes interspersed with their more pleasing “konk-a-reee!”
The liquid notes of legions of tree swallows fill the air as well, as they swoop all around in their search for flying insects. Over the years, someone has erected nest boxes for the swallows, or anything else that might need a home and the swallows seemed to have filled every one of them during my recent visit there. Living in the deep woods, I rarely see tree swallows, so watching and listening to them as they live life on the wing is a treat.
I walk along a dike that parallels the Embarrass River and there’s a constant stream of mostly small birds. There’s a wave of Wilson’s warblers, a relatively uncommon bird, that is moving through the alder and willow thickets along the river’s edge. While this species is known to nest in the Superior National Forest, we’re at the very southern edge of their summer breeding range, which stretches well up into the Arctic. They’re ground nesters, which is one reason they can breed well above the tree line, where they favor thickets of willow brush.
The river’s edge attracts other passerines, like a noisy catbird that seems to follow me as I go, grabbing occasional sneak peaks on my progress from the thick brush that lines the river.
A little further on, a bird flushes from the grassy cover of the dike and flies up into an elderberry— it’s a bobolink, a bird associated with open country. To me, it’s always been a strange bird, that reminds me of Janus, the two-faced Roman god. It’s as if nature merged a blackbird’s front with the back half of something else entirely. Add in it’s bubbling and unusually metallic song and it’s a bird that makes an impression.
Just ahead, as I continue my slow trek along the dike, I catch a glimpse of something scurrying into a line of old cattail stalks that follows the paddy’s edge. I didn’t see what it was, but I stand still for some time, camera poised, hoping whatever it was, gets curious enough to check me out. And soon enough, there he is, peeking from a little hole in the muddle of dried stalks. It’s a sora rail, and he’s definitely curious, even though this bird’s retiring nature means he’s not about to come out in the open. This is a bird that’s more common than most of us might imagine, but the only time I generally see them is when I flush them while ricing. The rest of the year, they stick to the thick cover of their wetland habitats, and are rarely seen by humans.
By this time, the almost non-stop honking of a pair of Canada geese, who have been sounding the alarm at my presence for at least half an hour, has faded away. Apparently, they decided I was no threat… just another odd human out poking around for a time in their world.
It was about that time, that I turned around to head home. It was a workday so there was more to be done. But before leaving, I took another moment to take in the broad sweep of this wetland valley that seems to attract so many and such a variety of birds. What is the secret sauce? I’ll leave that puzzle to contemplate on my next visit.

When it snows in June