BWCAW— Forest Service firefighters responded quickly last Wednesday to another fire in the Boundary Waters, the latest located about a mile southwest of Lake Two. The fire, believed to be … 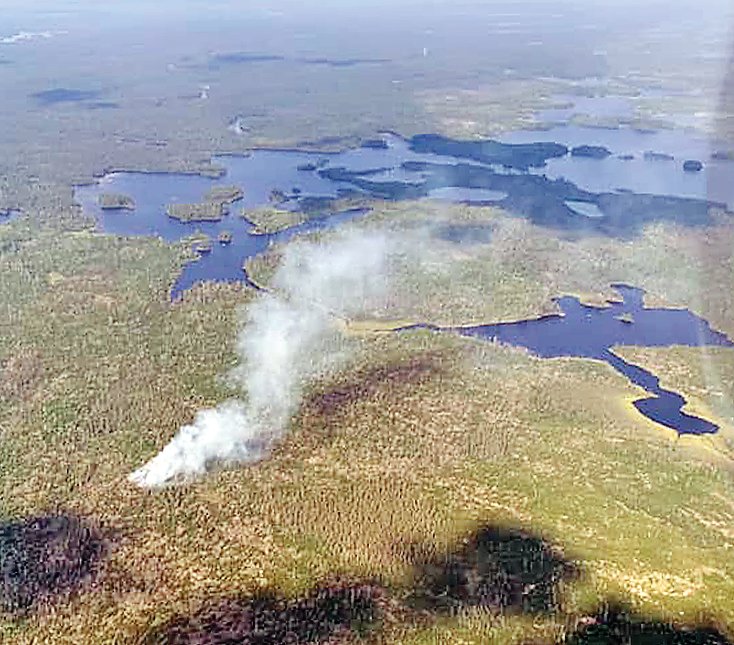 BWCAW— Forest Service firefighters responded quickly last Wednesday to another fire in the Boundary Waters, the latest located about a mile southwest of Lake Two.
The fire, believed to be sparked by a lightning strike, burned about an acre and a half before crews brought it under control.
A “Fire Boss” floatplane and a helicopter did most of the work, dropping approximately 30,000 gallons of water on the fire to slow its growth. As many as ten firefighters were also dropped off by aircraft near Lake Two in the evening of June 30 so they could respond to the fire on the ground the next morning.
By last Friday afternoon, firefighters achieved 100 percent containment of the fire. Personnel contained the blaze to a line around the perimeter to keep it from spreading. Crews continued to secure and mop up areas of the fire.
Mop up efforts continued throughout Saturday. One technique used, according to officials, was “bone piling” or taking all logs that still had heat in them, isolating the parts with heat, and piling them to burn in black areas of the fire. This technique works well when there is not much water available and allows crews to rely less on water pumps.
Due to drought conditions in northern Minnesota, fire crews will remain on call for initial attack on any new starts that occur.
Minnesota’s forests are primed by record heat and drought for an abnormal summer fire season and especially problematic fire behavior. The Superior National Forest has additional crews and engines available in the Kawishiwi District to assist.