REGIONAL— While recent snowfall has improved winter recreational trail conditions across the area, most areas would still benefit from more snow. That said, don’t let less than perfect … 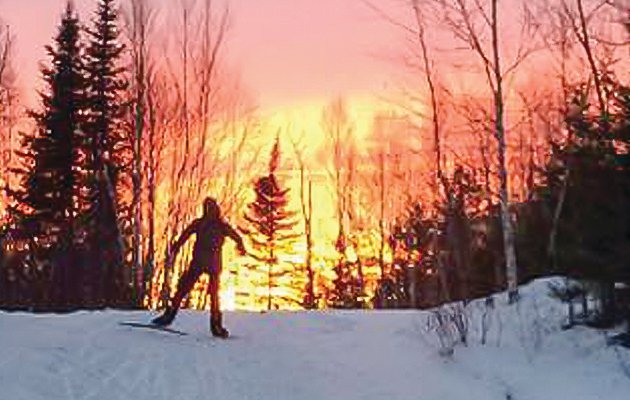 REGIONAL— While recent snowfall has improved winter recreational trail conditions across the area, most areas would still benefit from more snow. That said, don’t let less than perfect conditions discourage you from getting out and taking advantage of the recent powder.
Area snowmobile trails range from fair to good, depending on terrain and variable snow depths.
According to the Department of Natural Resources, the Arrowhead/David Dill Trail from near Tower to the Blue Ox Trail junction near International Falls is groomed and in good condition in most places, with fair conditions in places where the trail base is thin. Snow conditions improve as one goes north, starting around Cook and Orr. A small segment of trail between Ban Lake Rd. and Crane Lake Rd. (CR 23) remains ungroomed due to a swamp with thin ice remaining.
The Taconite Trail is groomed from Ely to Hwy. 73 and is listed in fair condition, mostly due to a thin base in some locations. But most riders are reporting the trail is better-than-expected and isn’t experiencing much traffic, which is helping to maintain the trail conditions. West of Hwy. 53, some hills have exposed rocks and will need more snow to be fully covered with snow.
Most of the area grant-in-aid trails have been groomed at least once by local clubs and many lake trails should be staked and groomed by the weekend. The Lake Vermilion trail is reported to be in very good condition, with minimal slush. Watch for drifts, however, as the area has experienced considerable blowing snow in recent days.
Riders are advised that trucks and logging equipment may be operating along snowmobile trails and to exercise caution near such activity.
Area ski trails are mostly groomed and in very good condition. Local trails that are open and in very good shape include the Howard Wagoner Trails near Tower, Hidden Valley in Ely, and the Flathorn-Gegoka trails in Isabella.